A Hat In Time Gets A PS4 And Xbox One Launch Date! 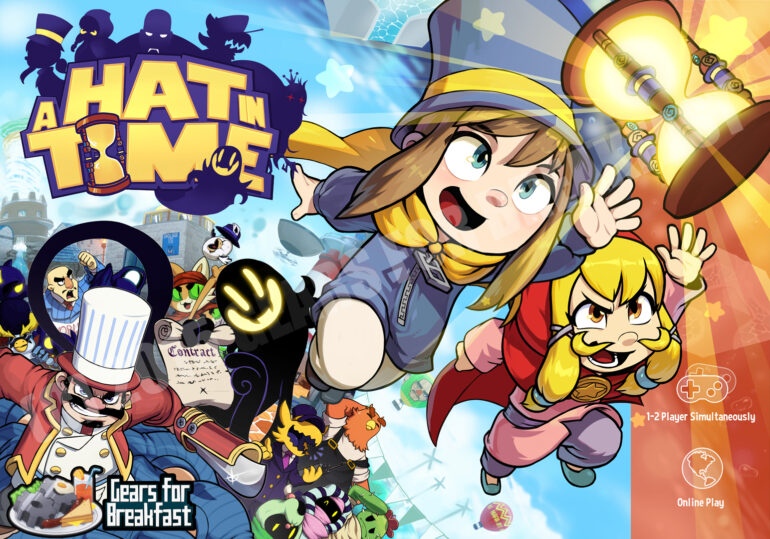 Humble Bundle, Inc. — digital retailer of games, ebooks, software and more, where customers can donate to charity through popular pay-what-you-want bundle promotions and now a leading multi-platform games publisher — today announced that the console versions of its 3D collect-a-thon platformer A Hat in Time will be available this December, just in time for the holiday season. A Hat in Time will launch on December 5th for PlayStation 4 (North America), followed on December 6th on XBox One (worldwide) and PlayStation 4 (Europe). Currently available for Windows PC and Mac, A Hat in Time immediately catapulted to top seller charts on Steam, fueled by nearly 3,000 overwhelmingly positive reviews from fans and media alike.

Developed by Gears for Breakfast, A Hat in Time is a true homage to the greatest 3D platformers and a love letter to the classic Nintendo GameCube. This charming adventure channels the spirit of beloved games such as Super Mario 64, Banjo-Kazooie and Psychonauts. Grant Kirkhope, the composer for Banjo-Kazooie, is even on board as a composer for A Hat in Time. A Hat in Time also holds the honor of being one of the largest and most successful Kickstarter-funded indie 3D platformers, earning nearly 1000% of its original Kickstarter goal!

You play as Hat Kid, a tiny space-traveling girl with a lot of heart and a big top hat, as she travels the universe to protect its worlds from the evil Mustache Girl. Join her as she explores five incredibly diverse and giant open worlds, jumping and fighting her way through baddies, and unlocking sweet new hats with all-new abilities.

Read our full review of A Hat In Time here.