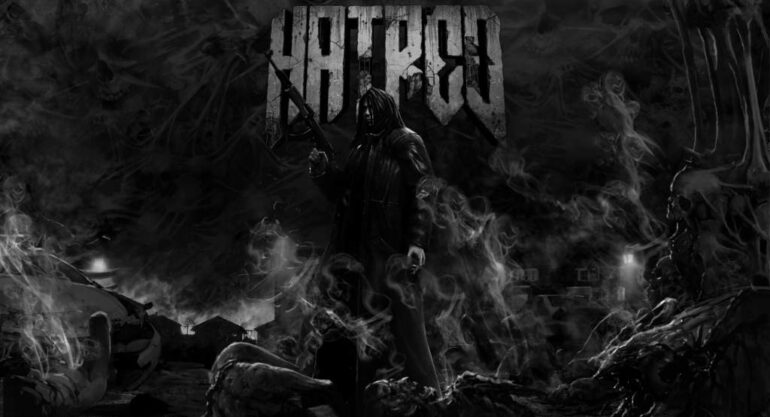 Indie game development has become a trend nowadays and indie games give us the “fun” we’ve all been looking for. There are various types of indie games and this includes isometric shooter titles. Destructive Creations developed the mass genocidal game, Hatred. The game is considered to be one of the most violent games released since Dennaton Games’ Hotline Miami. Destructive Creations mass murder isometric shooter was removed from Steam but it was eventually restored to their list of games.

Hatred is an isometric shooter game that is set in a town where an unnamed vengeful man starts his genocidal expedition to eradicate innocent people for Earth’s cleansing. Twisted with hate and consumed with great darkness, the mass murderer will never stop until he kills every worthless existence in this world. 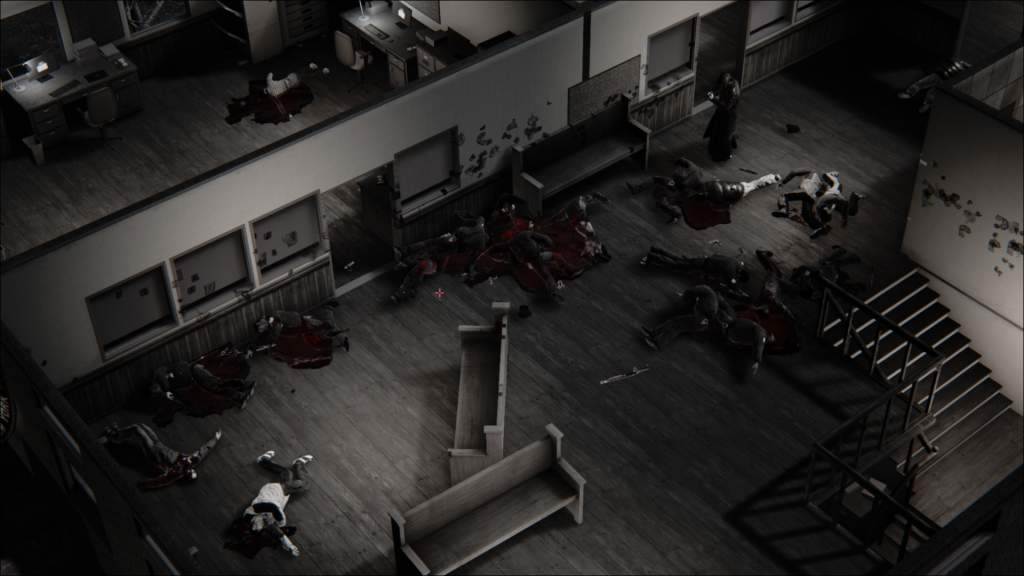 The game started with a straightforward and short tutorial of this simple shooter title. After the tutorial, the game showed a short in-game cinematic where the psychopathic murderer character narrates his goal. Hatred lacks a good story to go with its fun killing adventure which made the game a dull shooter game.

Gameplay wise, Hatred is good. The game is not all about being warlike with guns and shooting innocent civilians, but the essence of an isometric shooter game was present. The game had similar gameplay elements with Alien Shooter (to those who played it, you know what I’m talking about) where you can control the character’s target with the mouse from a three-dimensional view, enemy A.I is intelligent, each stage becomes more challenging, and given the ability to switch weapons.

However, the game poorly offers limited amount of weapons ranging from an assault rifle like an AK-47, SMG, handgun, shotgun, flamethrowers, hand grenades, molokovs, and flashbangs for your mass killing expedition. A game like Hatred, with more gore and violence, made me expect a lot dreadful weapons like an RPG, heavy machine guns, and the like; but in the end, Hatred only provided basic weapons which was disappointing. 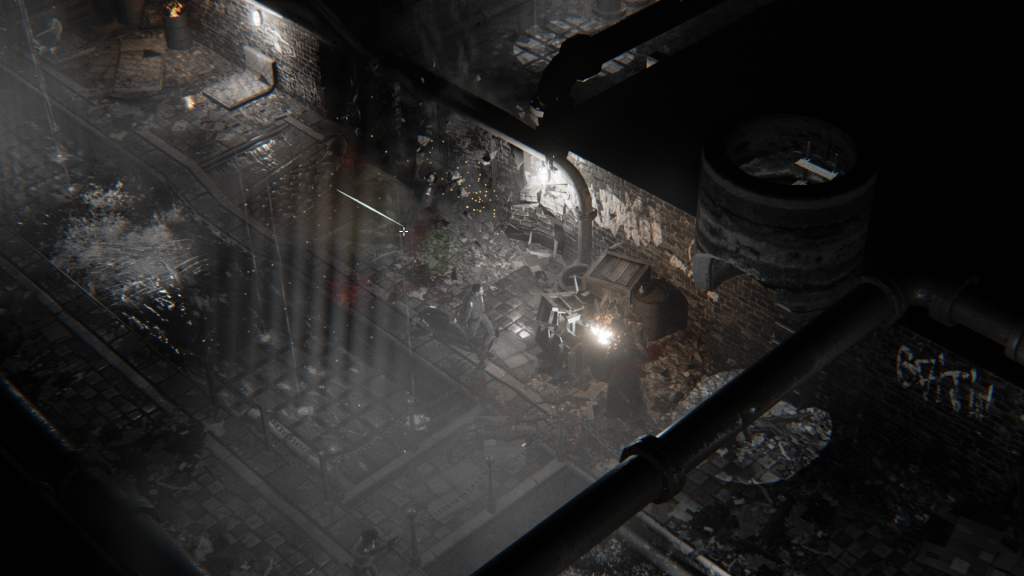 Setting aside the pure killing-spree with limited gun choices, Hatred‘s notable and powerful “Execution” move is one of the best feature in the game that makes Hatred stand out. The special ability can be used when the NPC is knocked down or slowly dying on the ground; doing an “Execution” move kills the dying character and also gives the main character health; and the only way to regain health is to execute NPCs. Players can also perform the “Execution” move on sleeping NPCs. The unforgiving ability also gives various in-game scenes and style when doing “Execution” like shooting a person’s head off with a shotgun.

Hatred offers decent amount of levels. The maps or areas of each stage is huge. Players can traverse through the stage and discover side missions you may or may not want to take. The only thing that disappoints the players are the repetitive objectives. All missions revolve around killing a certain number of people and it can be a factor for boredom.

The character movement on the other hand was sluggish at first where it was hard to turn around curves in tight corners with vertical sync on but after the recent game 174MB update, the control movement became smooth and it became easy to move the character inside and out a house. Good thing about the control scheme is that it’s easy to pickup. WASD for movement, Shift for Sprint, and the mouse for targeting and shooting. Pretty basic actually.

Graphically, the game looks great and presentable. The game uses the new UE4 game engine and this gave Destructive Creations the ability to develop Hatred‘s impressive visuals and also its physics engine. Players can also destroy walls and blow up certain explosive materials highlighted in red. With gray, black, and white as the main colors, Hatred depicts an atmosphere of darkness, hate, and revenge; the downside of this is when players wouldn’t notice enemy AIs because of the dim visuals which makes it annoying. 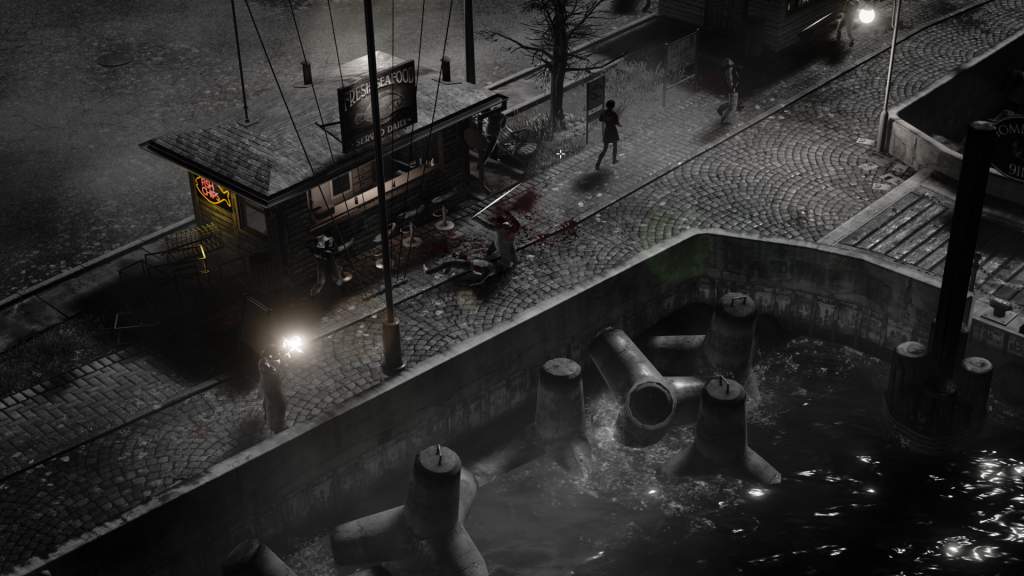 The lack of additional challenges and secrets to discover made the replay value low at this point. The game is also level-focused and it could’ve been great if there was some kind of an online leaderboard system for other players to show their stats on each level.

The game had some few crashes when I initially played the game but it eventually disappeared. There was also a rare glitch that I encountered when vaulting over a small window and got the character stuck, which forced me to restart the level. Good thing the game didn’t have too many bugs and glitches that ruined my playthrough.

Overall, Hatred is an impressive shooter with solid gameplay elements of its genre. The lack of narrative, weapon choices, and some minor bug crashes were the game’s downfall at major categories in this review. However, the almost great shooting gameplay touch of Hatred is the glory of them all. It’s not great a game but it’s not a horrible title either. Just good enough.