Hellblade Director: It’s Us And The Players, Nothing In Between; Gives Us More Creative Freedom 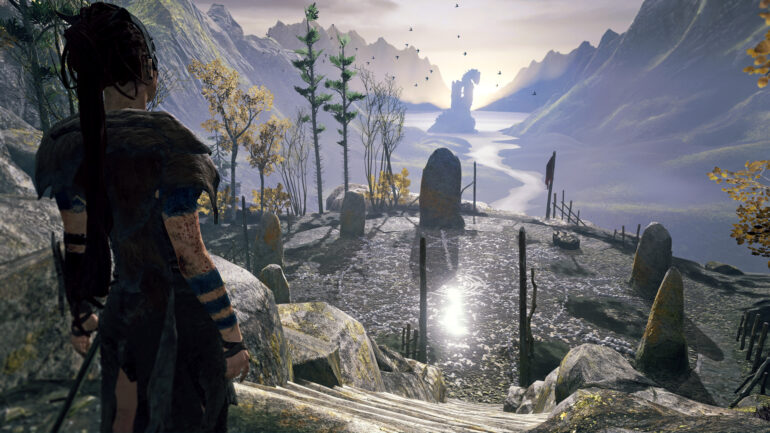 Ninja Theory’s new IP will launch in just a few more days and it looks visually stunning. Knowing that a small independent studio like Ninja Theory crafted something like Hellblade: Senua’s Sacrifice means that they’ve pushed their limitations. Without any publishers to hold them back, it’s all about the players according to the game’s Chief Creative Director, Tameem Antoniades.

According to Tameem, the motion capture is the best thing they have done for Hellblade. Looking at gameplay, the characters move impressively fluid and organic.

[alert type=white ]”I think the motion capture stuff is the best we’ve done. Although it’s homebrew, its totally cutting edge, and what the player gets from that is – you know, every effort in this game has been dome independenty with a limited budget and limited people. We can release a game thats smaller than AAA, but saying that, it’s still 8 hours.”[/alert]

Tameem also cited that without any publishers holding them back they have more creative freedom than they had with Enslaved and Heavenly Sword.

[alert type=white ]”It gives us more creative freedom so we dont have to answer to anyone. We can build the game we want to – we can build it our own way. We don’t own Enslaved, we dont own Heavenly Sword even though we made them, but we own Hellblade, so that was the drive. We want to make something we own. We want to cut out the middle man and sell directly to the people that matter to us – the players and fans.

If we can limit our budget and stay focuses we can make a game that’s super high quality and sell it for a price you frankly wouldn’t be able to do if you were going through retail. The reason it’s £25 pounds and $30 is because we’re super focused and we’ve cut out the middle man, so it’s us and the players, and nothing in between.”[/alert]

It’s a fact that publishers tend to put pressure on studios and even possibly cut the budget if ever they don’t feel like the game is going sell – it’s a business perspective. Ninja Theory decided to self-publish Hellblade instead to avoid these limitations and pressure.

Hellblade: Senua’s Sacrifice is launching on PC and PS4 (console exclusive) this August 8.

So, are you guys excited for Hellblade: Senua’s Sacrifice?