As the title implies, this wasn’t exactly one of my better experiences with the game. Although it might have been better with an Xbox One X, playing it on the standard Xbox One console felt underwhelming. I’m not saying that it was overall horrible, but there were a couple of things that made me feel as if I were playing a late 360 title. 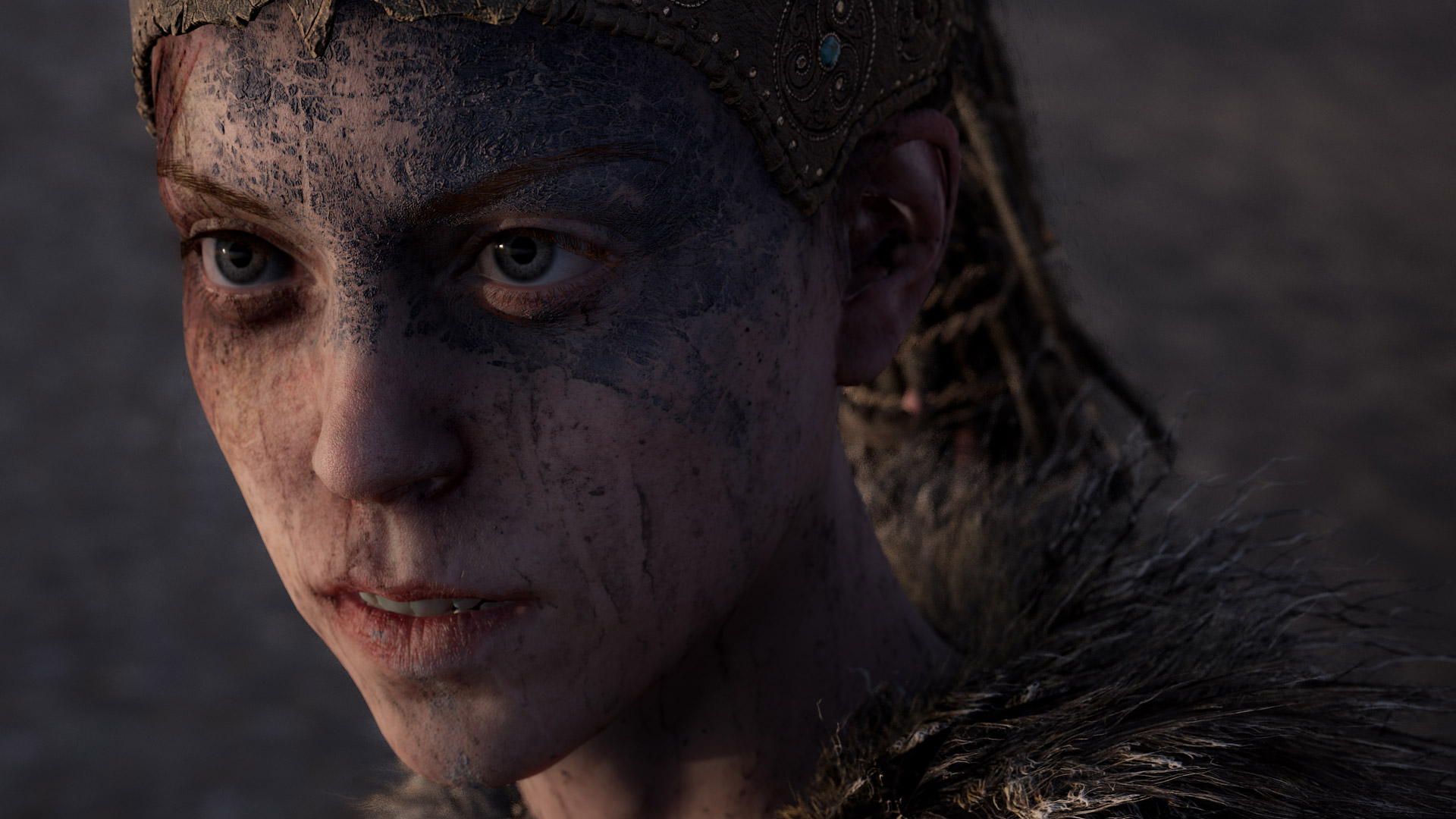 First, let’s start with the story. Set within the 8th century, our main character Senua travels to the land of the Norse Gods in the hopes of saving the soul of her beloved Dillion. She believes that she suffers from a curse which continues to eat away at her, forcing her to hear voices in her head throughout her entire journey. As she enters the land of the Gods, she finds herself undergoing perilous trials that she will have to overcome in order to keep moving forward. So it’s up to her to slay the darkness that stands in her way and saves Dillion from Hela, the Goddess who holds the soul of the man she loves.

While I can’t go too much into the plot as I don’t want to spoil those who have yet to play, but there’s a heavy amount of symbolism in this game. Also, it points out right from the beginning that it’s a psychological horror title and it lives up to that all the way until the end. But let’s get to the other bits of the game before we tackle on that point.

You control Senua through a third-person over the shoulder perspective and you have to run around from one location to the next. You use the Right Trigger to enter focus mode where the camera zooms in on whenever you decide to face. You’ll be using this mechanic a lot as you’ll need it to uncover symbols and solve puzzles to get you further into the game.

Then you have the LB button which allows you to sprint, but I swear it still feels like getting from one place to another takes forever even while you’re running. Senua moves fluidly enough and there aren’t any problems in terms of how she’s handled, it’s just that she often feels slow and even sluggish at certain points.

Then there’s the combat. While it tries to replicate the Dark Souls mechanic of having a heavy attack, light attack, and dodge rolls, it’s…not that great. The main reason for this is because the enemies are so repetitive that they attack you in the exact same way over and over. This game has no enemy variation whatsoever as you’re literally fighting nearly the same demons in every battle. You can’t take advantage of the fighting mechanics if there aren’t any enemies which force you to do so. There are a couple of bosses here and there that actually give off that intense battle vibe, but you’ll quickly realize that it’s still the same repititive process of slash, slash, heavy slash, and more slash. Okay, you can press B to do a melee attack, but it’s honestly pretty useless as all it shows is how the developers animated Senua punching or kicking enemies with miniscule damage. 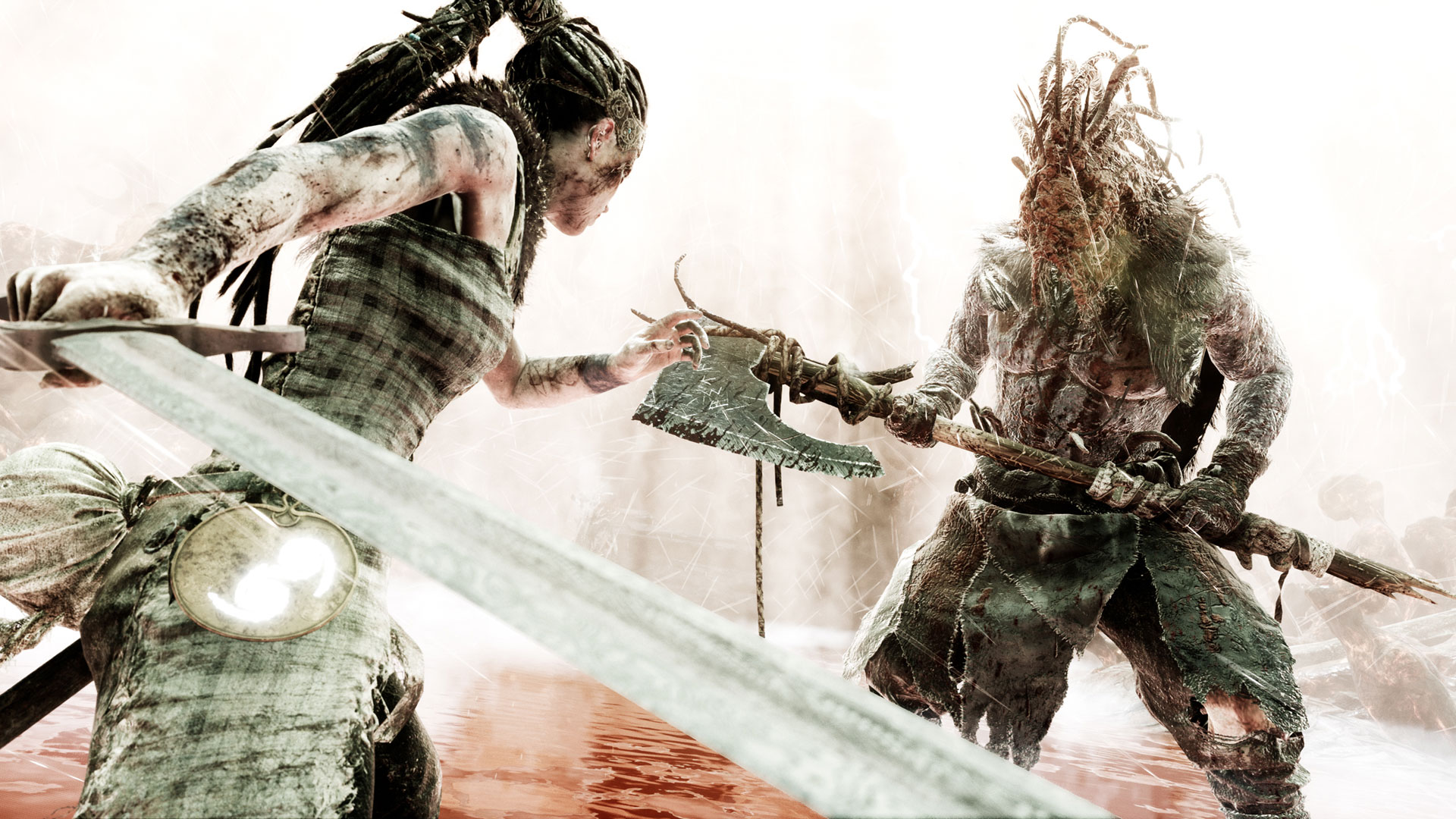 What really threw me off is how the graphics looked so washed out. The textures on a standard Xbox One are of low quality to the point where I think an Xbox 360 such as Halo Reach can outhsine it. It’s not all bad, but they’re noticeably worse compared to its PC counterpart. There’s always the photo mode option which allows you to capture the stunning environments, but these are only for those with the Xbox One X. So to those who are stuck with the standard console? Sucks to be us yeah?

But as for the sound, my god it’s beautiful. I’m not talking about the in-game music as it barely has anything noteworthy, but it’s the voices you hear all throughout your playthrough that really gets your spine tingling. While the game does state that playing it with headphones offers the best experience, it’s still pretty good without them as the whispers you constantly hear always manages to give you that slight hint of anxiety. It’s because of them that you don’t feel alone, but they also make you wish they weren’t there as they either ridicule or even torment you. The voice actors aren’t half bad either as they understand the tone of the atmosphere and conveys it well with their voices.

For what the game tries to do, and that’s forcing the player to understand what psychological torment is, it does it very well. The atmosphere can get really creepy, especially if you’re in dark corridors or anywhere that barely has any light. There were sections of the game that really make you feel like you’re traveling through the realm of the Norse Gods with all the lingering stench of death and burnt homes. The one that impressed me the most is where you have to go through the land of the God of Illusion, Valrvn. You have to make your way through his realm and it’s literally a place where you’ll say “Wait, I think I’ve been here before” a hell of a lot. 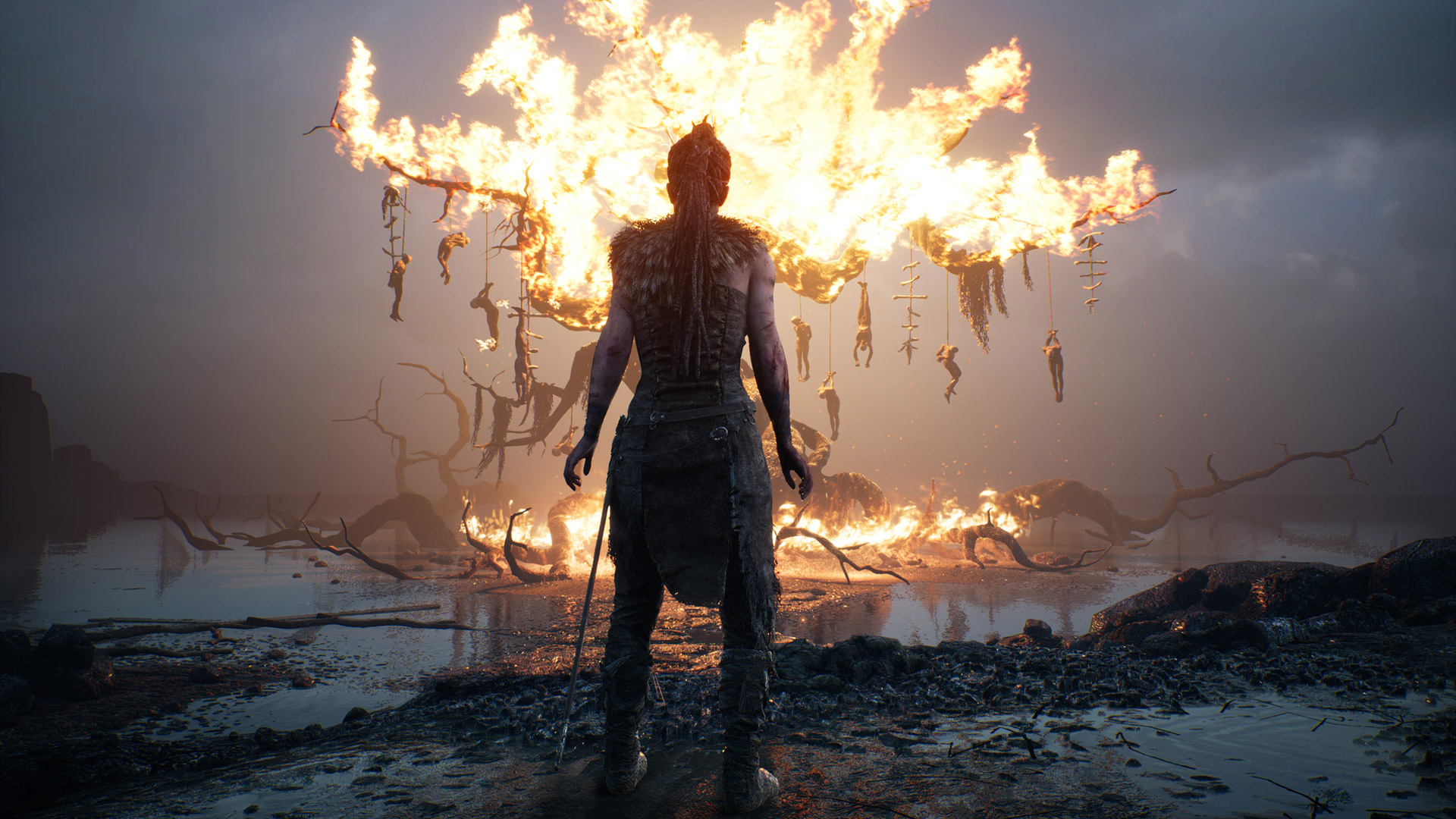 But considering all of the above, I view this more of an experience rather than a game. If you’ve already beaten it once, chances are you won’t want to go back a second time as it won’t have anything else left to offer; that’s what I think is its greatest weakness. Aside from that, solving puzzles and slogging from one place to the next can honestly feel tedious.

As the title states, if you’re going to play this game, then it’s best that you play it on a PC. If you have an Xbox One X? Then good for you! You get to have a better experience than most with this title. 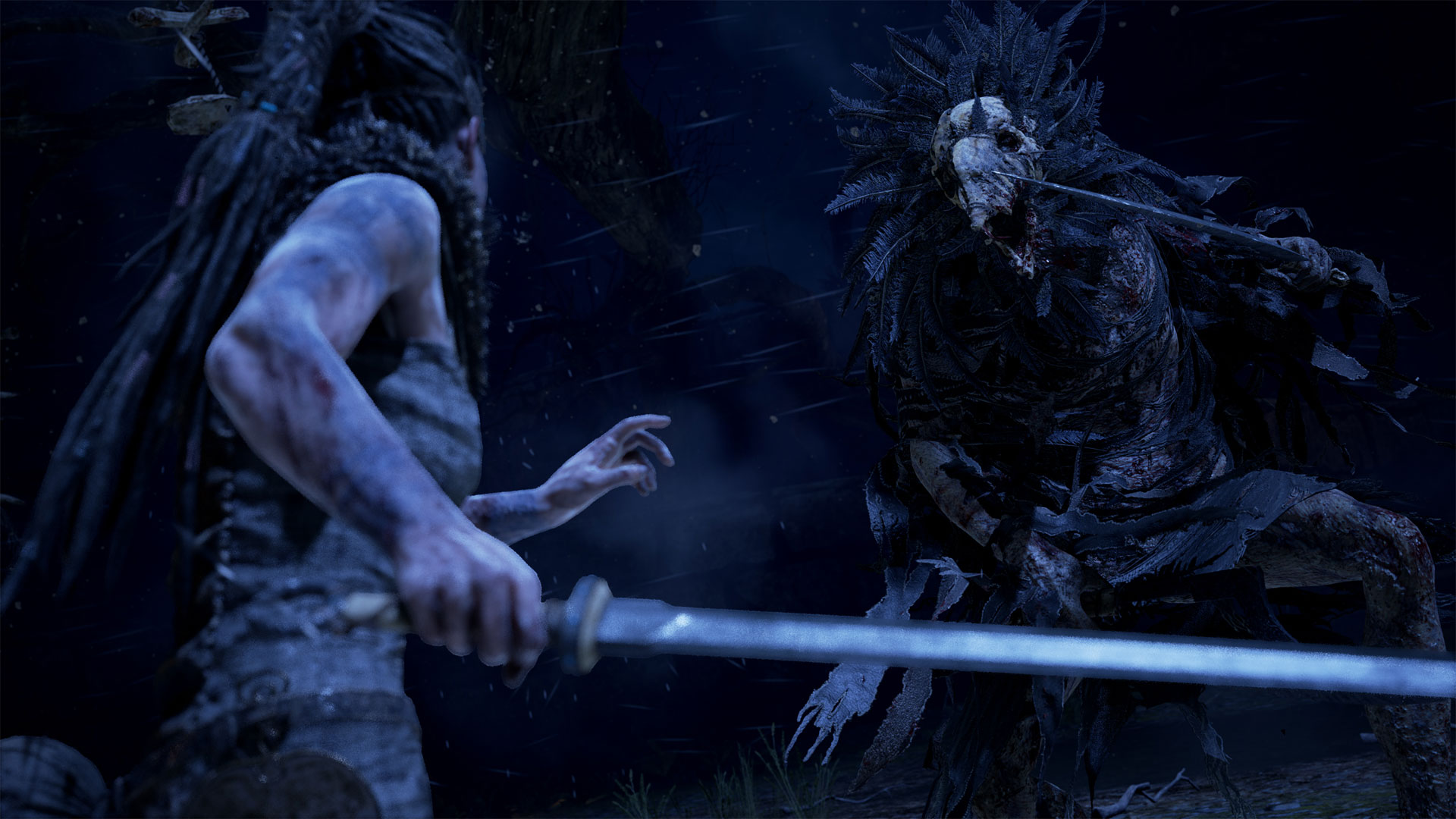 Hellblade: Senua's Sacrifice - Review
Score Definition
You better have to choose if it’s worth spending your spare cash, because it might not be the game for you and it might be for others.
Pros
Amazing psychological horror atmosphere
Good voice acting
Interesting plot
Cons
Repetitive combat
Little to no enemey variety
Washed out graphics for the standard Xbox One
6
Justified