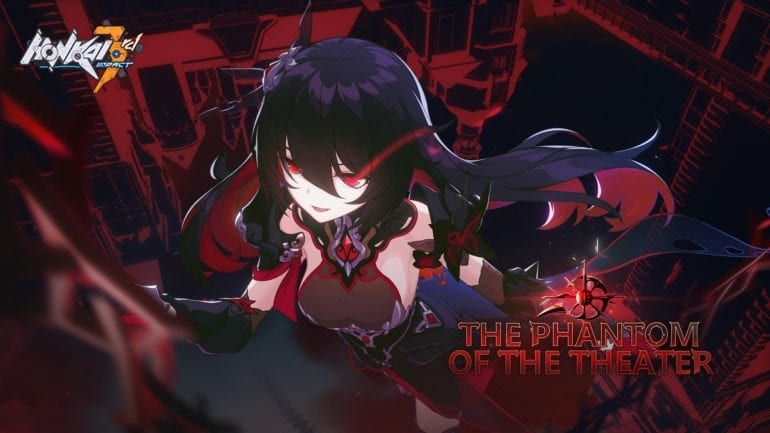 Game developer and publisher miHoYo recently announced that video game Honkai Impact 3rd will be getting its update v.4.8.

Update v.4.8 The Phantom of the Theater will be released on May 27. I twill introduce the S-Rank battlesuit Starchasm Nyx, the server-wide event Stan Wars, and a new story chapter The Legion Theater. Players will be able to vote for their favorite characters in Stan Wars.

Honkai Impact 3rd is set in a modern world corrupted by the mysterious energy known as [Honkai]. Lead a fledgling resistance of [Valkyries], brave girls carrying anti-Honkai genome, against the spreading Honkai disaster to protect all that is beautiful in the world! Control up to three Valkyries in battle and switch between them freely to overcome any situation, as well as customize their stats and skills with an expansive selection of equipment!

Seele, who had not yet attained full control over her power, lost to her nemesis. Desperate, Seele chose to set her other self free in order to bring out the true potential within. Players will be able to learn more about the bond between the two Seeles and dice through enemies with her latest incarnation [Starchasm Nyx].

The new S-rank battlesuit [Starchasm Nyx] will be implemented after the update. As a QUA battlesuit, she can deal massive Ice DMG with a scythe and chain claws, sweep enemy groups in Burst mode, and pass on damage through Nightmare Thorns.

Version event [Stan Wars], challenge event [Threshold Breach], and Chapter XXIV [The Legion Theater] will be released in succession after the update. Players will be able to vote for their favorite characters in the first-ever Stan Wars. By partaking in the new events, missions, and challenges, they can earn Valkyrie Fragvyom [S], stigma, outfit, and Crystals for free.