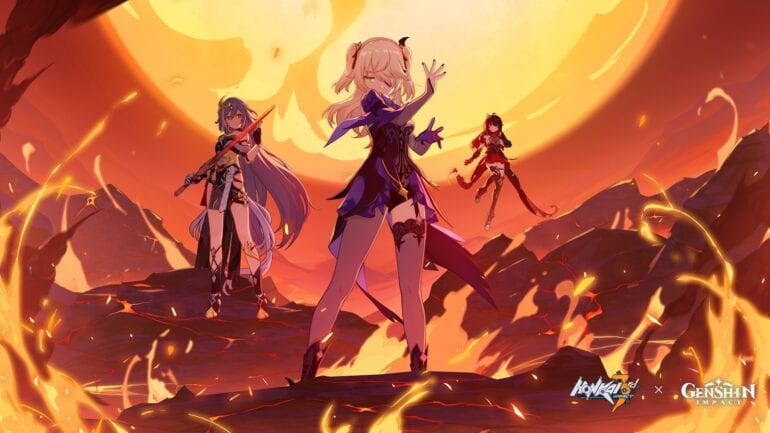 The newest trailer features upcoming update 4.9 [Outworld Traveler] this coming July 9, 2021. It focuses on the popular character Fischl from Genshin Impact and her codename in this game will be [Prinzessin der Verurteilung!]. They can claim her PS battlesuit for free when they login for the first time.

Fischl is the first archer in this mobile game and will be a tricky character to play. Her gameplay is more on targeting the weakspots, which allows players to increase the damage and hit feedback by firing at enemy weakspots. She can also quick-fire together with Oz and cast QTE on the field to help teammates. Keqing is also making an appearance in this game as another Genshin Impact character. She is playable in certain story battles.

This will be a crossover event [Outworld Quest] where technology and magic co-exist. Players can freely explore maps, interact with NPCs and objects, and unlock subquests with the chibi characters. Kian’s true identity will be revealed in the upcoming Chapter XXV. Players can complete certain missions and challenges to earn Theresa’s crossover outfit [Heat of Trifolium], [Outworld Quest Emblem], stigma, fragments, and Crystals.

Honaki Impact 3rd is now available on PC, iOS, and Android. The upcoming update will be released on July 9, 2021.