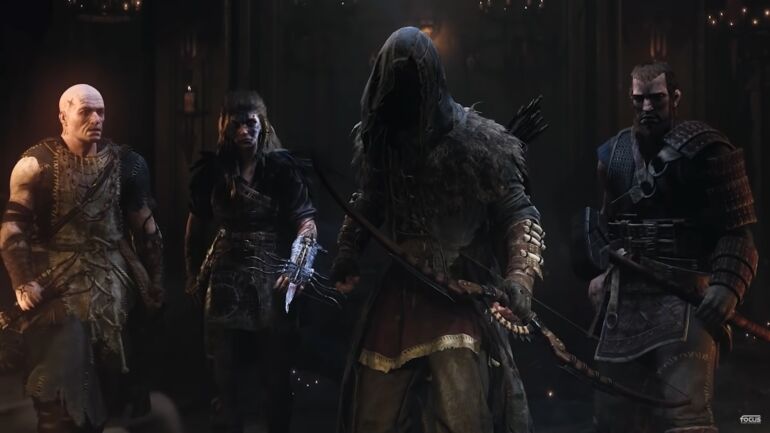 The newest trailer features the basic multiplayer gameplay of the upcoming title. It offers matchmaking in opposing teams of four and allows players to choose their characters based on their preferred playstyle or what would fit for the team’s strategy.

Players can go for the stealthy long-range approach or go for the brutal close combat heist. They can also combine these two strategies and just do what they want to do in order to win.

Every game of Hood: Outlaws & Legends pits you and your friends against a rival group of four other players who are also aiming to steal the treasure. You and your team must work together to select your band of complementary outlaws, each with unique abilities to offer, before infiltrating vast, medieval strongholds. Outsmart the opposing team and villainous State to find, steal, and return the riches unfairly taken from the people.

Between heists, visit the hideout to spend some of your stolen fortune. Giving money back to the people will increase the range of items available to you in the shops, while keeping it for yourself lets you directly purchase them. Improve, alter and refine your characters’ skills with a range of perks, or further personalize your heroes with a range of new weapons and costumes. Some of the more prestigious cosmetics will even require you to demonstrate your heisting mastery.

Pre-order today in order to get early access to the Forest Lords cosmetic pack for free. It will include a skin for each character and weapon in the game. The Year 1 Edition is also available for pre-order now, giving access to Hood and three Battle Passes due to be released post-launch, after the initial free Season.

The pre-order will also give access to players early access to the game on May 7, which is three days before the official release on May 10. It will be available on PlayStation 4, PS5, Xbox One, Xbox Series X/S, and PC.