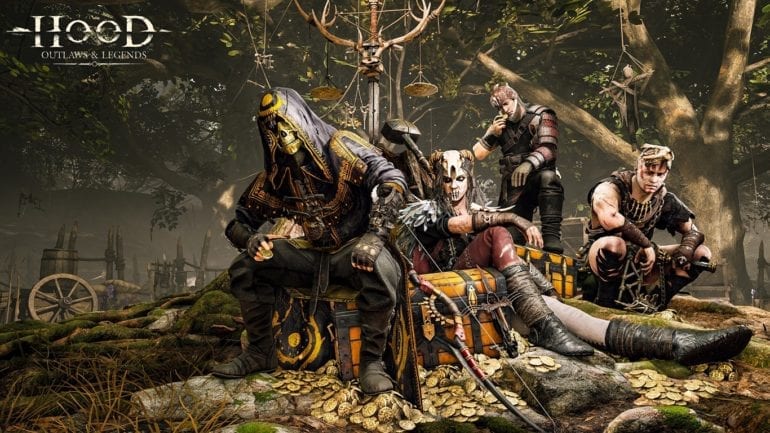 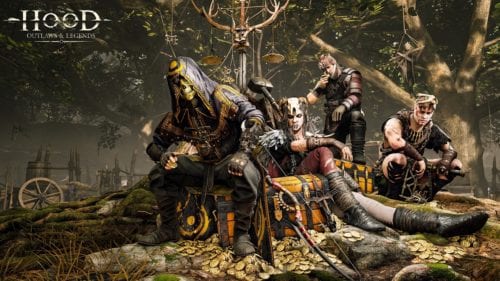 As someone who hasn’t spent a lot of time playing online games, preferring linear, story-driven releases; Hood: Outlaws and Legends is somewhat outside my comfort zone. Outlaws and Legends is Sumo Digital’s latest, a PvPvE online heist game, loosely inspired by the Robin Hood mythology. Players play as part of a team of up to four players with the objective to steal treasure from heavily guarded fortresses. As well as the constant threat of the NPC guards and the deadly sheriff, players must also compete against a rival team with the same objective – the first team to obtain the treasure wins.

Each match follows the same structure. Firstly, teams must locate the Sheriff and steal from him the key which will open the vault containing the treasure. Secondly, players must locate the vault and liberate said treasure. Finally, players must escape with the treasure in tow, using a winch to exfiltrate it to safety, while ensuring the rival team and guards don’t manage to stop you. I found this structure to be fun at first, but the more I played it became repetitive, leaving no room for surprises as the sole game mode at the moment.

There are four different classes: Robin (Ranger), Marianne (Hunter), John (Brute), and Tooke (Mage). Each of the classes has its own unique skills and abilities, but some just aren’t as fun to play as the others. Take John for example, in a game where stealth is king, playing as a brute has its own advantages such as the damage he can deal, but the combat is clunky and he feels sluggish compared to his sneakier teammates. Other perks unique to John include his ability to open gates, which just isn’t very exciting, is it?

Due to the limited amount of choice, more often than not, the teams are comprised of two or more of the same character, which kind of takes you out of the experience. The AI is laughable at times, running in circles and blatantly being unable to see you despite running in front of them. This can become very frustrating when an opposing player walks directly in front of an NPC and isn’t seen, but then you are.

As mentioned before, I typically stay away from online games, so going into Hood, I never had a squad of players I could team up with online which would obviously enhance the experience. As it is, I found myself having to play with strangers. Anyone who has played a game online before knows how hit and miss this experience can be. Often, in a game where stealth should be prioritized, matches would descend into chaos, with arrows flying everywhere and players straight-up fighting, resembling a typical action game, but without the combat mechanics to support it.

That being said, when Hood works well it really works well. By having simple command prompts in the game, I was occasionally able to have fun while teaming with strangers, but it was an all too infrequent experience. The thrill of working as part of a team of outlaws is truly exhilarating when everyone plays their part. Seeing a heist being pulled off without any hitches is fantastic a joy to behold.  Having an opposing team competing against you, also adds a feeling of racing against the clock which is really exciting.

The game is presented well enough for an online game and there are some really cool environments, but they are quite limited with only 6 maps, and can become stale after a while. On top of this, it can be way too dark at times presenting a struggle to see players sneaking up on you.

With the loot stolen from heists, you can also unlock new weapons, cosmetics, and abilities to keep the game fresh but again, these are limited. I am sure in the future more will be added. Technically, there were some matchmaking issues for me, sometimes I’d be waiting 5-10 minutes to try and connect to a game. This may be due to the game just being released, however.

Overall, Hood: Outlaws and Legends is a decent game at a good price ($29.99/£25). The concept of it is far better on paper than the actual experience. The nature of online play means matches are not always going to play out the way the developers hoped they would, but it is definitely still worth a try, especially if you have some buddies you can play online with, which would definitely improve the experience and ensure you get a bit more bang for your buck. 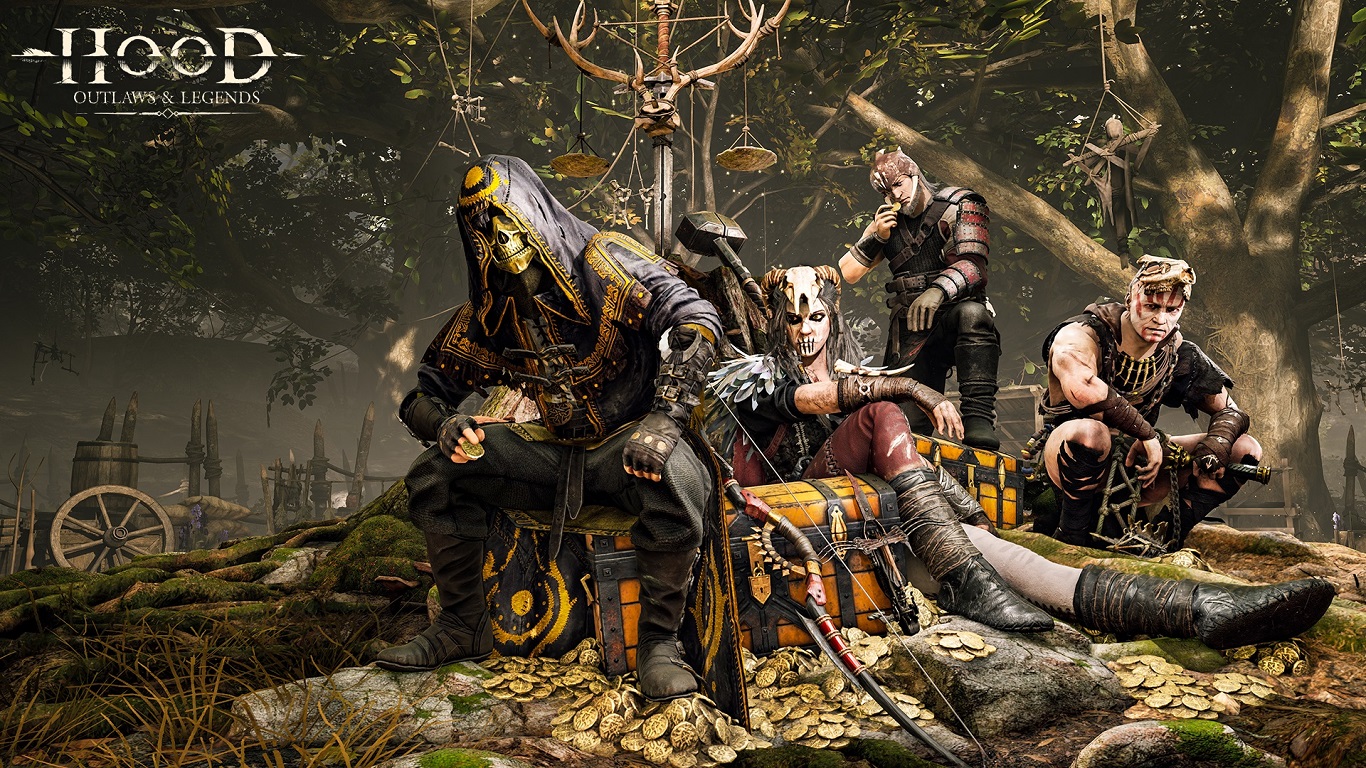