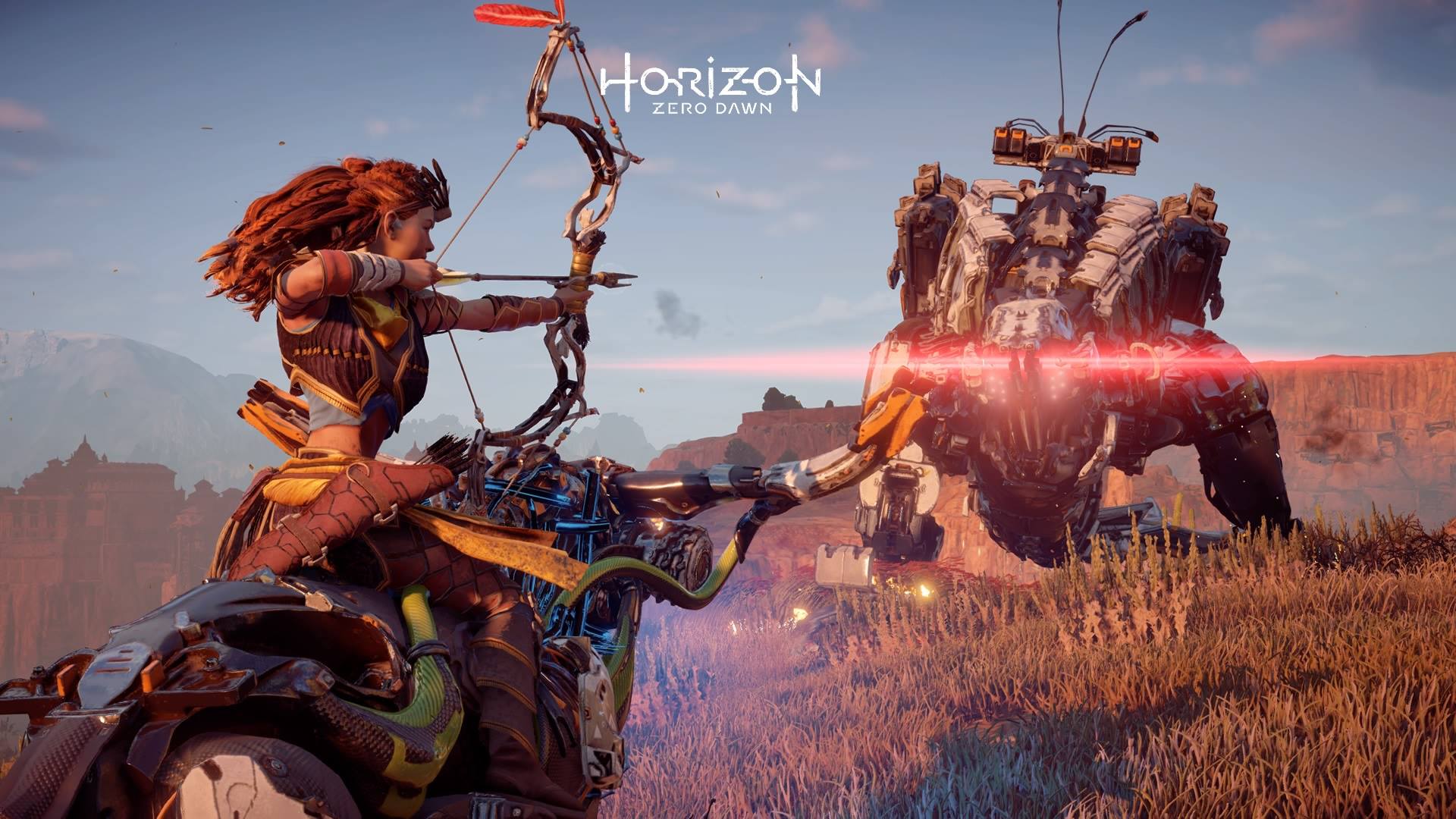 Horizon: Zero Dawn is visually spectacular on PC but not without optimization issues

It’s the end of the world, but humanity survived from annihilation by the machines that were supposed to advance technology. When an AI develops the ability to learn by itself, it then becomes dangerous. Calculating every aspect, do what it thinks is right — may it be for the benefit of its creators or itself. But these machines chose the latter, placed itself first than its masters.

Now, we have Project Zero Dawn, led by the daring scientist, Dr. Elisabet Sobeck. The project is made to be a reset of civilization if humanity faces extinction. It happened, and the world is back to square one, Dr. Sobeck is gone and it’s up to you, as Aloy, a curious well-determined individual, to uncover the mysteries of the Old Ones. That’s when we begin our adventures in Guerrilla Games’ Horizon: Zero Dawn.

Horizon: Zero Dawn is Guerrilla Games’ most successful exclusive IP for the PS4 in 2017. It has one of the most compelling narratives, a likable and strong protagonist, an amazing game engine that brings its world to life beautifully, and most of all, the machines that roam the lands of man.

Much like any other PC port reports on Sirus Gaming, this article focuses more on the features added, overall performance, and how broad the game’s configuration is.

You may read my full PS4 review of Horizon: Zero Dawn and The Frozen Wilds expansion here and here.

Horizon: Zero Dawn, when it first launched on the PS4, it was considered to be one of the most ambitious games by Sony. The visual fidelity it had, and the surprisingly stable technical performance on the PS4, is simply marvelous. Stability is important in games like Horizon due to its constant open-world environment that is not divided by loading screens. If a game faces issues like frame-pacing or even frequent frame-rate drops, it will break the player’s immersion, ruining the entire experience.

On PC, Guerrilla Games targets to achieve a similar optimization level but with a much higher frame-rate than its console counterpart. The game offers a maximum of 120 FPS with a rather limited graphical configuration much like Kojima Productions’ Death Stranding. It may be the Decima engine that’s limiting the graphical settings, who knows. But Guerrilla Games should have at least provided a broader option for players to tinker to reach that sweet spot of 120FPS without performance issues in their preferred screen resolution.

Once you initially start Horizon, it will run shader compilation for about 10 to 15 minutes. I can confirm that this only happens once unlike Call of Duty: Modern Warfare (2019). The duration was rather long but it’s required for big open-world games like this to reduce long load times.

Sony, however, did mention that it will reduce the time for the game to compile the shaders after the Day 1 update along with other performance optimizations.

Speaking of updates, a 35.2GB patch just went live today while I was writing this article. Before this, unfortunately, I experienced frequent frame drops in the early sections of the game at Ultimate graphical presets.

Traversing through new areas makes 1-second lags quite a few times before it smoothens out. This is probably because texture/assets from longer distances had to load up and it may be causing the frequent lags. This also affects the nature of combat as it becomes harder to fight against deadly machines like the Sawtooths and Thunderjaws. The next thing you know, you’re already lying on the ground, waiting for the game to restart.

To further add, when Aloy is in a dialogue section where she interacts with another NPC, the scene transitions were awful as pauses after switching views were becoming more apparent.

Despite running Horizon on a setup that’s above its recommended specs with an AMD Ryzen 7 2700, an RTX 2070 8GB, and a 16GB RAM, I still got jitters and frame drops during my playthrough, even dialing the settings down to Favour quality with customized shadow settings and anti-aliasing.

So if you’re running on the same level of PC specs in the recommended list, you should be able to run the game at a much stable 60 FPS on 1080p in Original preset.

It’s rather disappointing to encounter such issues. But it’s also worth noting that Sony did give us a heads up about these performance problems and that the Day 1 patch will go live after the embargo, which is a bummer. But I guess the patch went live earlier today. I still have to get another feel when I boot up the game again after Steam finishes the update around 8:45 AM Eastern Time / 8:45 PM Philippine Time.

Horizon is one of the best visually looking games on PC to date, literally next to Death Stranding. The Decima engine does show its huge potential as a game engine that would be beneficial for open-world games, even better than Electronic Arts’ own Frostbite engine.

The level of detail you get from the game’s wonderful landscapes, the intimidating animal machines like the Thunderjaws and Scrappers up close, the character models especially the clothing, the improved ambient occlusion and god rays, even the smoothness of the shadows, you will be amazed by how it manages to fully utilize the hardware capabilities of an enthusiast-grade PC setup. It doesn’t hold the game back with resolution as it can support native 4K to even push the quality above PS4 Pro standards. Horizon looks impressive, astonishing, beautiful, and grand. Those are the words best describe the game visually.

Horizon: Zero Dawn is a graphically marvelous, jaw-dropping title on PC much like Death Stranding. The amazing landscape, the superb level of detail while you traverse through the lush environments, you’re in for a treat. The PC port does wonders for players who wanted to push the boundaries of performance and graphics, but currently, it’s just plagued with frequent frame issues and noticeable lags until the Day 1 patch rolls out.

Please note: this coverage will be updated once we’ve played more hours after the new patch.