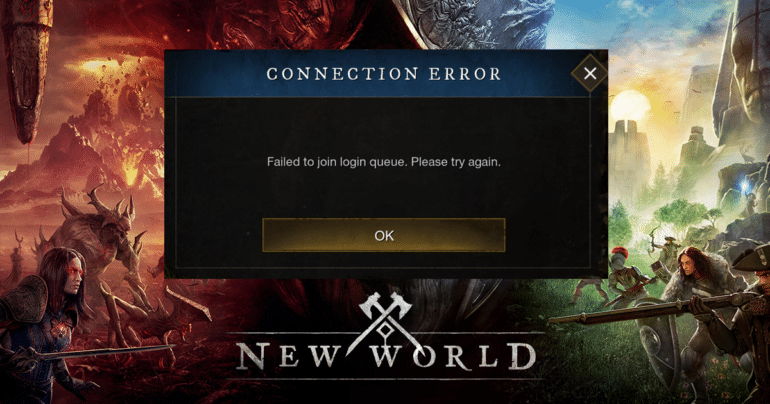 Are you getting an error message saying “CONNECTION ERROR @mm_connerr_rep_timeout” on New World?

Since its release yesterday, September 28, 2021, many New World Servers are under maintenance. This downtime was due to the number of active users on its servers. This could probably have been a result of developers underestimating the number of people who would play the game in its early stages.

As more people become interested in New World, it is expected that its servers will occasionally crash and go down. This is likely to continue until Amazon upgrades its servers to handle player capacity, or continue adding new servers to manage traffic.

In this guide, we will show you how to fix a connection or server error on New World, that says CONNECTION ERROR @mm_connerr_rep_timeout.

But before jumping into the solutions, check the status of New World servers first as the problem could be on their end. If this is the case, any changes in your system will not help fix the issue.

However, if New World’s servers are working normally, head down below and try the mentioned solutions.

How to Fix CONNECTION ERROR @mm_connerr_rep_timeout

It will open the Network Connections window. Right click on the network connection you are using, then select Properties.

Click OK to save any changes you’ve made for the selected network adapter.

If the issue persists, rebooting your PC may be necessary. Other steps to take:

If you are still unsuccessful or if you are getting a different kind of error, you can also contact Amazon Support for more assistance.