How to Slow Down Time in Coral Island 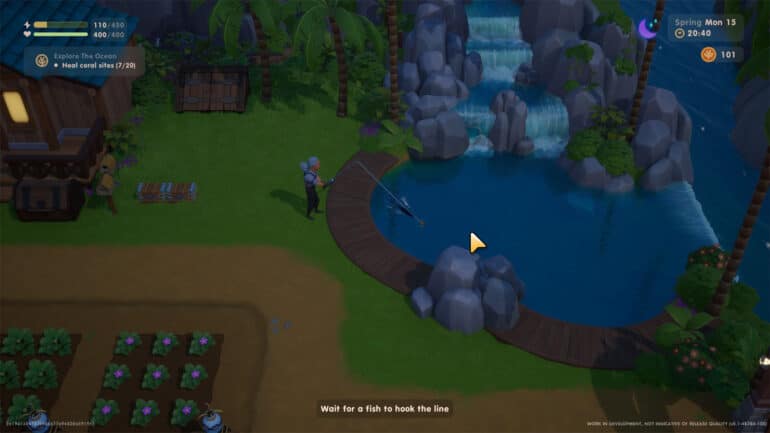 Like with many farming sim games, Coral Island runs on its own day-and-night cycles to allow players to play multiple in-game days within just a couple of hours. This also allows the game to accommodate different kinds of events that could be set at any time of the day without having players actually playing the game at the same time in real-time.

Coral Island’s time and daily cycle run fairly quickly, and while most players may not mind the challenge of having limited waking hours, other players might find it a bit too fast to be able to do the things that they want, especially since there are lots to do in the island.

In this guide, we will talk about how to slow down time in Coral Island.

How to slow down time in Coral Island

Coral Island has a built-in feature that lets players slow down the passage of in-game time. This can be accessed by going to the Pause Menu > Settings > Game category. In there is the Game Time Speed slider which will be at 100% at default, but it can be slid down by 10% until 50%.

At 50% speed, a single in-game waking day will last for roughly 30 minutes.

The slider can be adjusted between these two rates to find the speed that works best for your gaming style.

The pros of going for a 50% time speed is that since it only slows down time and not the game itself, you can basically do more in a day before reaching the maximum limit of 1 AM. Also, stores will be open for twice longer as before and you can travel through the map without spending so much time doing so. The con of doing this is that you’ll have to wait longer for stores to open, but you can simply pass the time by doing some more chores. In a way, the game time speed slider works as a difficulty option that caters to players who want to play leisurely.

Yes, time speed can be done at any time in the game without having to reload the save file or reboot the game.

Check out this video by Eeowna talking about the stuff you need to know about Coral Island: