Icarus respec: How to reset your skills and stats explained 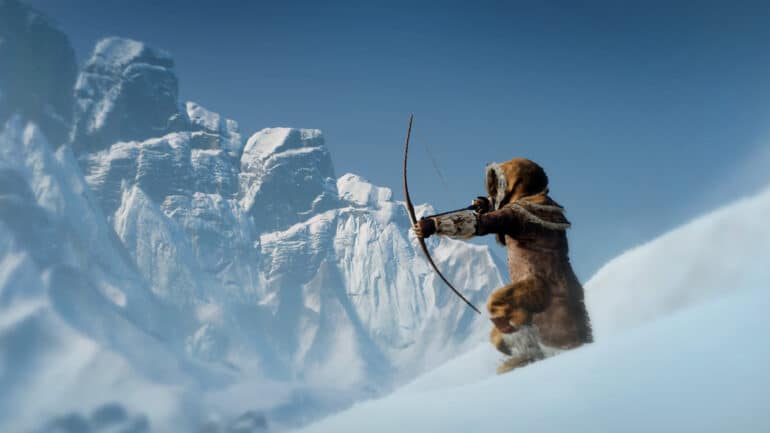 Icarus is a PvE session-based survival game for up to eight co-op players in which players are dropped onto the terraformed planet of Icarus, which has been damaged beyond repair.

Players begin with nothing and drop to the planet for missions that can last anywhere from hours to weeks before returning to orbit to advance their character and tech in preparation for their next drop.

First, you need to gain experience to unlock various crafting materials as you progress. Leveling up unlocks a wide variety of abilities and skills in this game. Players may become perplexed as to which skills or talents to upgrade or later wish to reset due to the abundance of skills and talents.

How to reset your talents and skills in Icarus

While Icarus brings with it plenty of features, and devs have added an array of quality of life changes that improve the overall experience, however, the ability to reset your skills (also known as respec, which is an abbreviation for Respecialization) has remained unknown.

Is it possible to reset talent or skill points in Icarus? Right now, there is no way to reset talents or respec character skills in Icarus to their default values. You must create a new character in order to acquire the desired set of abilities.

A lot of players just want to reset their skills in Icarus as well as their stats to start over with a fresh set of abilities. When you’re a high-level character, starting from the beginning may not be the best option.

To reset skills in Icarus means you can redistribute them more efficiently. For example, on a lower level when you have not yet unlocked stone, you would spend a lot of points on wood buildings. If you are also not careful enough, you might spend points on a wrong talent.

If you had to spend a lot of points on things you have outgrown, or no longer needed nor wanted like cloth blueprints at Level 35, you would want an option in the game to reset talents and skills rather than just create a new character.

There will eventually be a respec option as devs are very responsive to community concerns, but it’s not done yet. This guide will be updated as soon as the option to reset talents and skills in Icarus is available.

While waiting for that update, let’s learn more about Icarus talents and skills below.

Nearly all of the game’s content is controlled by the tech tree. It’s how you get new armor, weapons, and other equipment. Prefabs and material types can be unlocked by completing the game’s objectives.

Talents focus on improving performance rather than unlocking new technology itself. Along with the three tech tree points earned with each level, you’ll also gain one talent point.

You can use this talent point in a similar way to tech trees, where each branch has a set of prerequisites. In addition, players have access to a variety of skill trees, each of which focuses on a different aspect of the game. The following are some examples of nearby trees:

However, unlike the tech tree, talents are more concerned with performance enhancements and, as a result, are less significant than the actual unlocking of new technology.

Instead of gaining access to advanced technology, with Talents, the benefits you’ll receive will be minor performance improvements. These include things like reducing stamina usage from an activity, increasing yield or speed of various tools or skills, as well as health, food and thirst buffs.

The tech tree unlocks nearly all of the game’s building and crafting options. Because it’s essential to the game’s operation, it’s important to understand how it works.

How to Use Tech Tree in Icarus

There are branches in the tech tree where certain things are prerequisites. For example, before you can spend points unlocking wood building prefabs, you must first unlock the carpentry bench.

With the ability to store points and use them at a later date, this is especially important. For example, you could have a party member wait until they have unlocked tier 2 before spending any points on tier 1.

As a result, your team would have immediate access to a significant amount of Tier 2 technology, allowing them to progress more quickly. With the right situation and party size, this strategy can be a powerful one. Of course, the downside is that they won’t be contributing to the team’s technology as they level up to Tier 2.

If you want to get the most out of the game, you’ll need to understand the system in its entirety.

To maximize your chances of success, it’s best to focus on a single area of expertise. For example, putting points into wood building prefabs doesn’t make sense because each duplicate is a piece of technology that could be used for something else.

It is true that skills at lower levels of the tech tree are more interesting, but you should not expect to see a significant amount of specialization in any particular activities.

Also check out this video by Jeff The Maniac and his take on the Talents and Skills topic for Icarus: