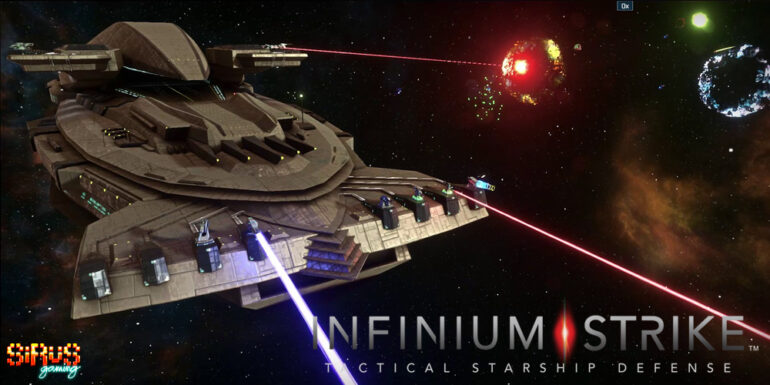 Infinium Strike is a starship defense game developed by Codex Worlds for the PC. Set for full release on July 14, it places strategic gaming in a real-time set-up. Humans have set colonies throughout the known universe but are always under constant threat against the Wrog – bio-mechanical starships who are dead set in destroying every living species in their path. The human race had no match against the Wrog until they discovered Infinium, a living metal that the Wrog use to meld themselves into machines. Using Infinium, high-powered turrets and attack drones can then be created and deployed on board the battlecarrier Freedom Strike, giving humans a fair playing field against the Wrog menace.

In Infinium Strike, players start off with the turret-less Freedom Strike. The starship is stationary and cannot be controlled and the Wrog ships can come and attack from all directions which is separated into quadrants. Turrets can be placed on the starship facing these quadrants to fend off the enemy ships. Drones can also be deployed to defend its specific quadrant. Infinium is gathered from defeated Wrog ships which can then be used to upgrade turrets and the Freedom Strike itself. The goal is to survive waves upon waves of Wrog ships while keeping Freedom Strike in one piece. Different mission objectives will also be given per level in able to progress into the story. 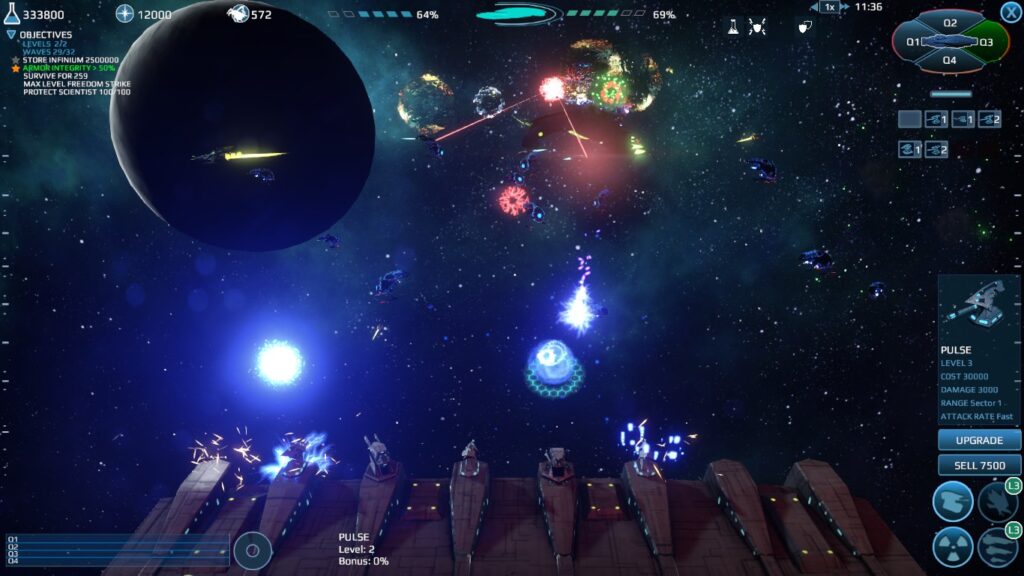 The graphics are rendered in 3D and are almost well done. It still does need some polishing with the textures used for the starships and Wrog ships which we expect would be done on its full release but everything else looks really well made. What’s notable is that there is voice acting in the in-game dialogues which is really nice. The only thing that needs a bit more brush up is the voice acting for what seems to be the AI of the Freedom Strike because her tone of voice doesn’t really fit the mood of things with its lack of urgency.

The only drawback we see for now when it comes to the game’s mechanics is that the Freedom Strike always start off in a blank state in every mission. Granted that the Wrog attacks also start slow and easy but it doesn’t fit the progression of the story quite well. Here you have the human race’s final weapon against an alien menace both made up of living-metal but each side has to revert back to their basic forms in each encounter. The game does get harder the deeper you get into per level but the feeling of doing it all over again in the next mission is a bit taxing. Well, Infinium Strike is considered as like a tower defense game and that is how tower defense games go but it does make the mismatch between the gameplay and the story more apparent. It doesn’t have any upgrade feature for the Freedom Strike outside the missions and maybe that’s just what the game is missing. 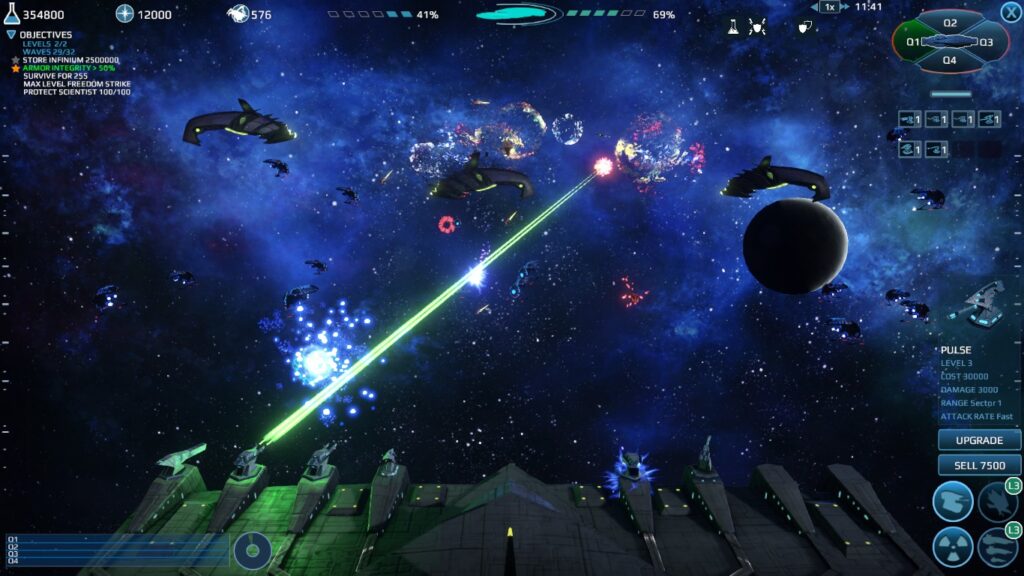 Make no mistake, though. Infinium Strike is no joke when it comes to real-time gameplay. Levels may start easy but the Freedom Strike can be easily swarmed by Wrog armada if it’s not armed properly. Players have to be always on their toes in upgrading turrets and sending out drones in each quadrant and should also be knowledgeable with what weapon is effective with what enemy depending on their distance from the ship. A single slip is what it takes to turn a battle from a victory to a demolition show.

To sum it up, Infinium Strike still has some more things that needs some improvement. It’s not that far from being polished and there’s still more than a month before it officially goes out. That’s an awful lot more time so we can expect for more things to come such as other game modes and probably an additional upgrade mechanics. For now, we’ll give it a generous rating for being a challenging game in its current state and for having the potential of being a better game.