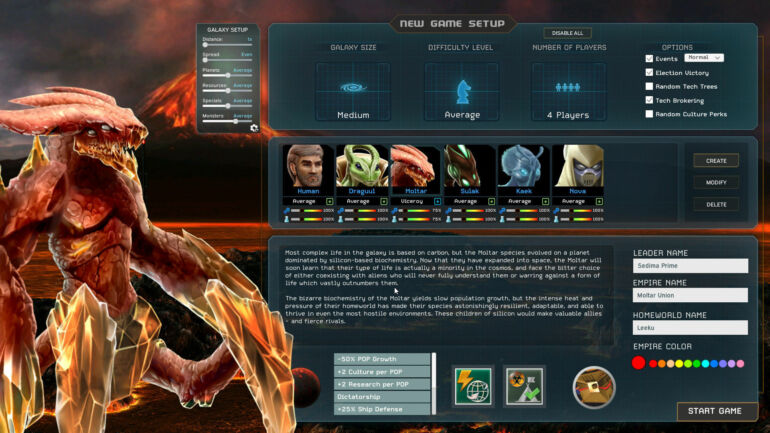 The game company revealed that the base game, first expansion pack Natural Law, and the game’s Soundtrack DLC are now available for purchase on GOG.

Initially released on July 25th, 2019, Interstellar Space: Genesis is a turn-based space 4X strategy game in which you attempt to build a thriving galactic empire. Discover mysteries among the stars, colonize worlds, and engage enemies in tactical turn-based combat on your journey to becoming the ruler of the galaxy!

The ISG Soundtrack DLC was composed by renowned and award winner composer Grant Kirkhope and Ryan McQuinn. The soundtrack includes 30 tracks (26 from the base-game and 4 from the Natural Law expansion). Each track is available in high-quality MP3 format.

Interstellar Space: Genesis is now selling with a 50% discount during launch week on GOG in DRM-free form.