Into the Stars – Preview 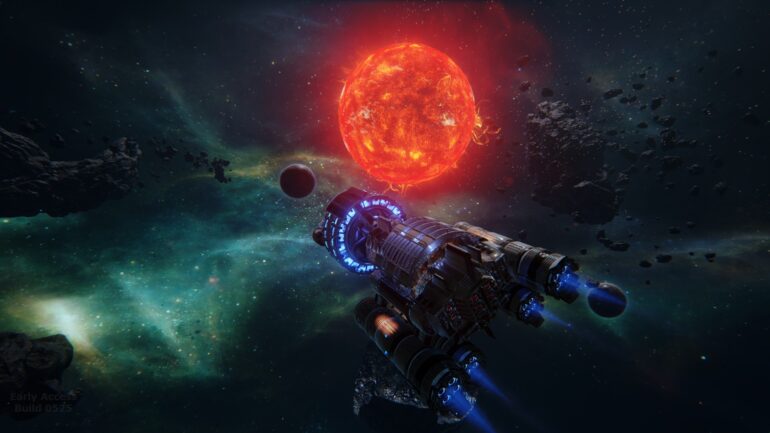 Into the Stars is pretty. I’m sitting in my captain’s chair in the bridge watching my crew their assigned duties. My gaze moves onward, onto the wreckage of a ship similar to mine and the planet the wreck in orbiting. I think to myself, “I should probably search the ship for anything valuable”. I send a boarding party to check it out all the while hoping we haven’t stayed long enough to attract any unwanted attention. The boarding party found a surviving crewman, he committed suicide by opening an airlock.

While the name implied to me a game like Kerbal Space Program where you are running a budding space program, Into the Stars has nothing in common with the former and it is more akin to the successful space rouge like Faster Than Light. The formula of both Into the Stars and Faster Than Light is similar: you are tasked with commanding a ship that is fleeing from an unstoppable hostile force, while scavenging for resources, buying upgrades and making new friends or enemies along the way to reach your goal. The difference in Into the Star’s is that you are not only responsible for the safety of crew on-board your ship, or reach to reach the destination before you are in enemy territory. You are on the run with the remnants of humanity, and you and your hand-picked crew and those civilians on-board must make it to safety. You also comparisons with Faster Than Light will be heavy in this preview, as the game does take heavy inspiration from it. 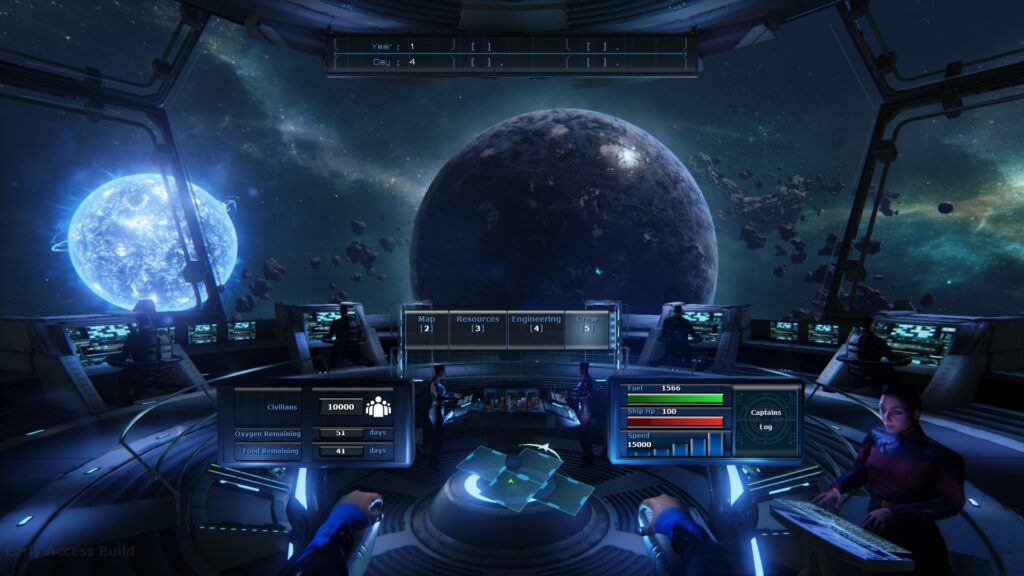 The biggest and obvious difference is that Into the Stars is a 3D game, and it is a very pretty difference since the game runs Unreal Engine 4. Not only does it give the game some really nice eye candy, with the lighting and effects of space giving it such a mysterious and ominous look. Moving to gameplay, movement is another big difference of Into the Stars. Instead of clicking on systems in a galaxy map, you are given full control of your ships movement, and to help in steering your ship in 3D space, the by default is set to third person and it allows you to switch it to the captain’s chair in the bridge. That aside, there is also a bit more resource management challenge because compared to Faster Than Light, Into the Stars also has more people than just your crew, and they need to be fed and given oxygen to breath if the constant battle of trying to not run out of fuel was not enough. The challenge of managing the some of the remnants of humanity is also down to you, as rebellion or sickness can end your journey. Picking your crew carefully at the start, along with what equipment you start with is very important. Having an untrained pilot command a shuttle could mean accidents, as with having a food processor that uses up a good amount of resources leads to constant stops to mine materials from planets. Not good if you are running away from a hostile alien force that won’t take have mercy for an answer.  That may be the strongest part of the game: decisions. Do I stay in this system longer to mine more resources? Do I wonder around the rest of the star system? Do I check meet with the locals of a planet? Faster Than Light does a lot of this, but the time flows in real-time in comparison, and spending five minutes in a single spot slowly raises the alert in the area, making it harder and harder to avoid direct combat. It is pretty intense in scenarios of decision making. 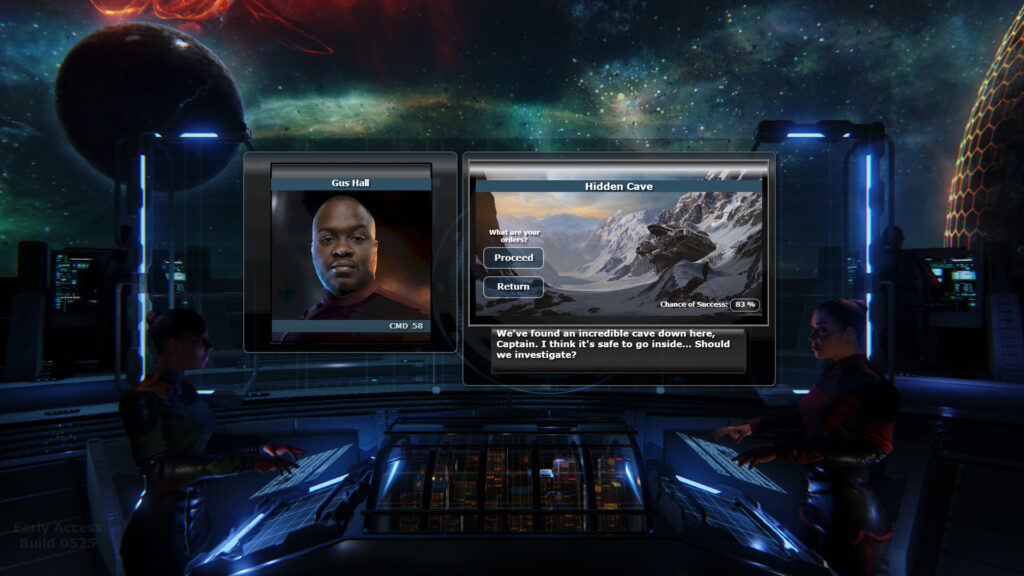 Into the Stars is a fun and addicting game, promoting multiple run through to see how near or far you are to the objective, great visuals and sound, and it is shaping up very well. If you enjoyed Faster Than Light, then this game is for you, but there are some changes which you might not be comfortable with. Into the Stars is still in Alpha as part of Steam’s Early Access Program and is available for purchase.