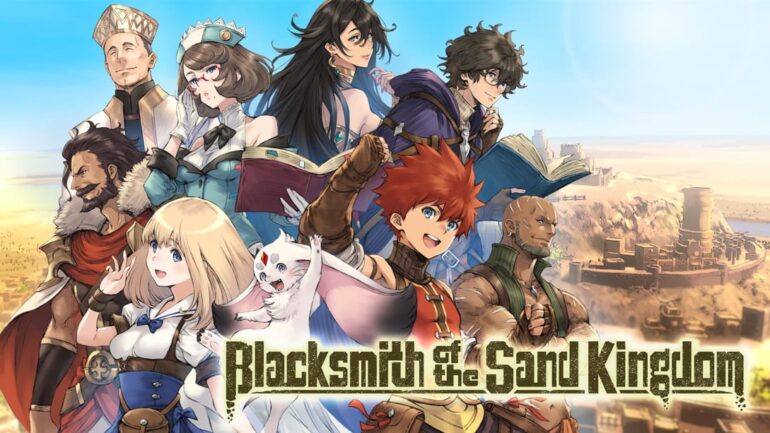 Game company KEMCO is proud to announce is new Summer Sale and it will be available on the Nintendo eShop.

Seven popular titles published by KEMCO are now on sale with big discounts for those interested. They only have to visit the Nintendo eShop on these regions: North American, Europe, and Australia. The discounts are up to 50 percent off but for only a limited time.

Blacksmith of the Sand Kingdom 30 percent off

Muspelheim, a nation of desert and wilderness, nicknamed “the Sand Kingdom.” Volker, a blacksmith’s son, always dreamed of becoming an adventurer, and now hopes to become a court blacksmith.

Ross is a mercenary who since the end of the war has been barely scraping by with day-to-day jobs. He takes on a request from Margaret, a young lady aiming to find a crystal lode and strike it rich, and sets off on a journey in search of the Crystal Ortha, a legendary mother lode that might not even exist…

Citizens Unite!: Earth x Space is a game bundle that includes two games; “Citizens of Earth”, where the rookie Vice President and fellow Citizens investigate the strange mysteries cropping up all over Earth, and “Citizens of Space” where the Earth’s new Ambassador embarks on a journey to find the missing Earth with the help of Citizens across the galaxy.

Marenian Tavern Story: Patty and the Hungry God 40 percent off

Patty’s brother has been possessed by the God of Poverty and the whole family has become poor, with huge debts… This is the beginning of Patty’s struggle! To pay back the debts, let’s open a tavern in Marenia, gather ingredients, and start cooking!

The world must forever make choices. The Arbiters’ mission is to use the ancient magic known as “Judgment” to follow their own justice and guide the world to a better place. A newly-appointed Arbiter, is assigned to a desolate country where he will have to make various Judgments. However, not everyone will agree with his idea of justice.

Illusion of L’Phalcia 50 percent off

Overwhelm your enemies with beautifully animated skill chains and magic in turn-based 3D battles! Acquire Gems throughout the adventure and attach them to a character’s Rune like a puzzle to enable learning magic, as well as gaining status boosts. Explore the unknown through dungeon crawling, subquests and many other challenges!

Follow in the footsteps of Harvey as he sets out on an adventure with a trio of heroines at his side, and all the while being led by divine guidance and even fate itself! Moreover, through his interactions with his companions, will Harvey’s relationship with them blossom as a rose or wilt like a daisy?! Find out in this stand-alone title in the ever-popular Asdivine series!

The KEMCO Summer Sale is only for a limited time. Buy your copies soon!