After the reveal of their videos during the Square Enix showcase, Square Enix revealed the two Deluxe Editions for upcoming video game Kingdom Hearts III.

The first version of the Deluxe Editions is the standard version. It will include an exclusive Steelbook packaging, a mini art book with concept artwork done by Tetsuya Nomura, and a collectible pin. This will only cost $79.99.

The Deluxe Edition + Bring Arts Figures will include all of the contents of the first version. It will also include the Bring Arts action figures for Sora, Goofy, and Donald. This version will have limited quantities and has an expensive price tag of $299.99.

Aside from the announcement of the Deluxe Editions, game director Nomura apologized to the fans for the further delay into 2019. He said that the development team is pouring their love for the franchise into this game and they want to make a game that all players will enjoy. They are now in the last stages of its development and working tirelessly until the end to deliver the best Kingdom Hearts game to date.

Check out the versions below: 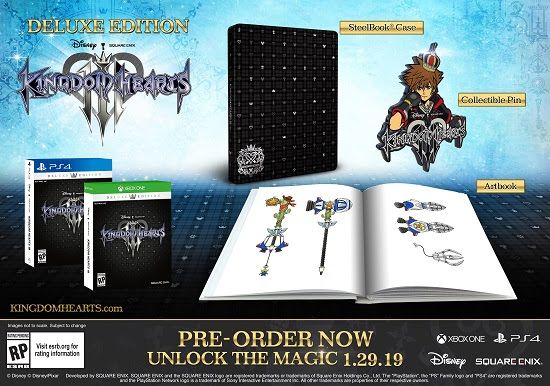 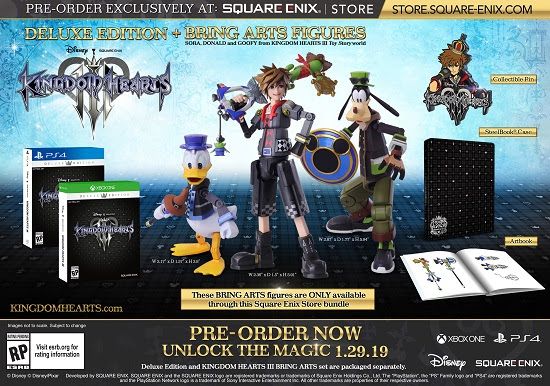