Includes the voice of Duke Nukem himself, Jon St. John 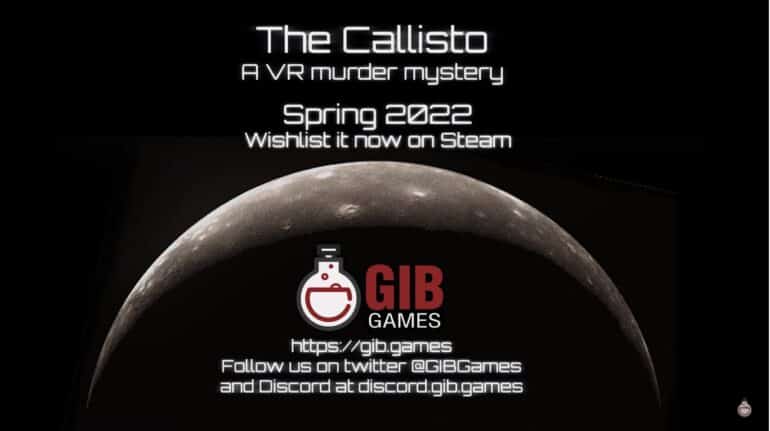 The 2-minute trailer showcased the game’s high-fidelity graphics and mysterious, futuristic setting and included many moments from gameplay.

The trailer named some of the talent lending their voices to the project, inlcuding John McPhee and Jason Kearney as the game’s protagonist duo. Also named was the voice of Duke Nukem himself, Jon St. John. Outside of his iconic role, St. John has voiced in Postal 4 and Sonic Adventure.

The Callisto is a murder mystery adventure game set in the future, where the player assumes the role of a member of an interstellar police force investigating a politically motivated triple homicide at The Callisto, a hotel on the Jovian moon of the same name. The player investigates the crime scene, collects evidence, and remotely interviews witnesses with the aid of a Regional Advisory Contact (REGAC).

“REGAC and The Inspector depend on their communication. REGAC is responsible for the inspector’s safety, but is too far away to help other than giving and taking down information.” – John McPhee, voice of REGAC.

The game is set to release some time in the late Spring of 2022.

Demos for The Callisto first premiered at the Game Developer Expo in Columbus, Ohio in 2021, where The Callisto was awarded an Honorable Mention in the Audio & Sound Design category.

The developers, GIB Games, take inspiration from several investigation games such as Firewatch and The Return of the Obra Dinn, while also naming Half Life: Alyx developer Robin Walker as a major influence on the game’s environmental and character storytelling.

The Callisto can be wishlisted right now on Steam. The game is slated for a late Spring release.