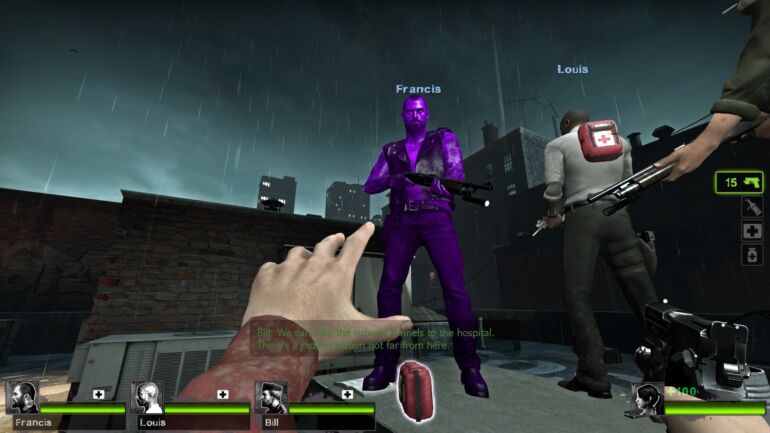 After it was discovered by fans of the franchise, the Left 4 Dead “secret” Purple Francis character has become viral.

Someone has recently vandalized the L4D wiki and actually added a fictional new character called Purple Francis. It even had a backstory, an image, and cross-references to other pages on the wiki. It was that extensive and hilarious at the same time.

The natural reaction would be anger from the fans, but for some reason, it has gained traction and now there are several fans of this purple guy. The edit has been removed by the editors of the wiki, but fans have already taken some screenshots and are happily sharing it on the internet. There are even fanarts of him now on its official Discord sever and a mod that would “restore” the cut content on Steam.

Media outlet Eurogamer reached out to the creator of Purple Francis and the Left 4 Dead wiki author Lucy. She was surprised by the reactions. It was actually just a personal joke between her and a friend, Evan. This then turned into the wiki edits, which got out of hand. It was a glorious creation and everyone loved it, well except for the guys who edited it out from wiki.

Lucy confessed that she does not even have a copy of Left 4 Dead. For shame. She watched Evan play the game several times and now she’s intrigued. She’s picking up a Steam card later on.