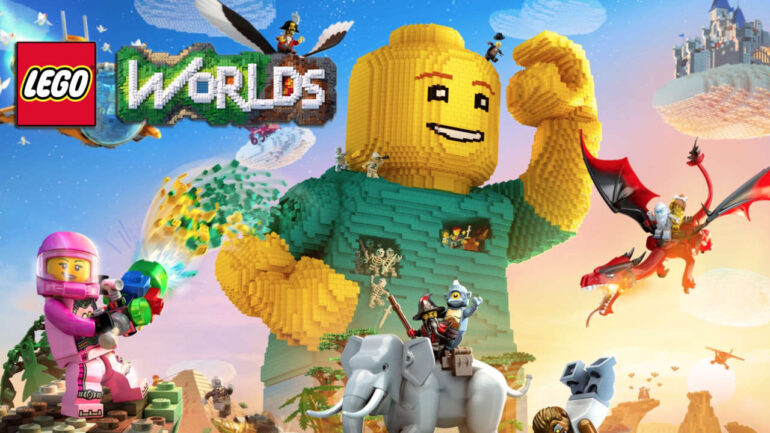 What drew me to Lego Worlds was because of it being a Lego game. I have played a few Lego games in the past and I was expecting the same high-caliber of entertainment and variety in gameplay mechanics. Lego Worlds was a game of exploration and discovery. What I discovered in this game was something I did not expect. 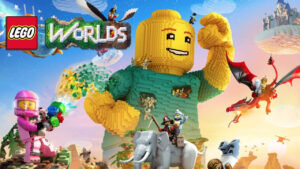 Lego Worlds is an open world sandbox game where you have full control on anything and everything that you want to do. It is similar to Minecraft and other similar games where the aim of the game is to just build anything you want. You will also have to “discover” the many buildable items in the game which you can get by using a special tool called the Discovery tool.

This is just one of many tools that you can use to help shape the world of Lego. Each of which gets unlocked as you progress throughout the game. Let me take you guys through the tools that are essential into playing this game to the fullest. The next one on the list of tools that gets unlocked is the Paint Tool. As the name suggests, the Paint Tool lets you paint any surface with any color that comes from the game’s color palette. 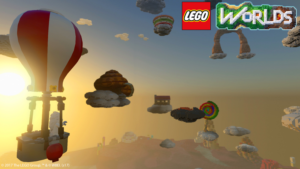 The third tool would be Build Tool. This tool lets you build objects like how you would build up lego objects. Brick by brick. I think this is what makes the game very viable since we have built lego objects at one point in our lives and it taps on that nostalgia within you. I had fun building objects without the hassle of trying to pull apart those lego bricks when you don’t like what you’re doing.

The fourth tool is the Copy Tool. What this does is that you can copy an entire layout of a building and save that so that you can instantly build a whole castle without having to piece it up together brick by brick. I think this is very convenient especially if you find a particular building that you want to place in your world. Big buildings normally don’t have blueprints so what you can do instead is copy it directly so you can build that exact same thing.

The fifth tool is the Landscape Tool. This tool lets you shape the world of Lego. It has the ability to remove, add, flatten, raise and lower the terrain around you. It’s especially useful when you are digging up treasures in each world. And this is what you do for the bulk of the game. You dig for treasure that may or may not contain useful items like weapons, materials or even Lego Gold bricks. 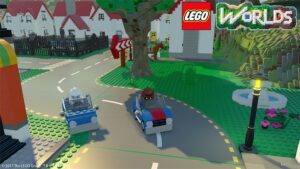 The Lego gold bricks are a necessity in this game as it is the one thing that will help you progress throughout the game. There are milestones to be reached as to how many gold bricks you have found so far. Gold bricks can either be found by accomplishing NPC quests that range from providing them with objects using the Discovery Tool to building objects using the Build Tool. You can also get Gold bricks from treasure chests that you have to dig beneath all the lego bricks on the land. Basically making a gaping hole on the surface so you can reach them. Sometimes, you could also get the Gold bricks from creatures that randomly show up that you have to chase down so you can get the brick from them.

Once you get through the first few tutorial worlds and once you have enough Lego Gold bricks, you will be able to search for random worlds. This is mainly the bulk of the game, where you search for a random world and then you find more Lego Gold bricks so you can unlock certain items like the telescope or the grappling gun. Reaching a certain number of Lego Gold bricks will also get you the ability to create your own world. There are no limits to the number of worlds you can discover or create but this is where I feel the game starts to become repetitive. This is where the game begins to be the open world sandbox that it is supposed to be. This is where it’s up to you whether you would still find it fun or you would rather just quit the game altogether. 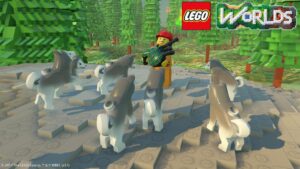 Combat system is really bad in this game. It is not as polished as in their other games. I don’t know if I’m doing it wrong or what but I can’t seem to target enemies. You get all these awesome weapons like an Ice Bow or a Scimitar but what use do they have if you just aimlessly blunder all around while your enemies are already chipping away at your life. I find myself being frustrated when I try to do Damsel in Distress quests, or at least that’s how I call them, because I keep dying for no reason even though I have powerful weapons and all your enemies have are their fists. It seems like the enemies have a target lock system but apparently, you don’t.

I think that Lego Worlds is best played with a friend and that this is not meant to be a game that should be played alone. It encourages you to explore the game together with people as the words on the screen flashes asking you to connect that second player. You can also join other player’s session online for some multiplayer fun. Overall, I was expecting the game that would provide the same wit and ingenuity that the other Lego games has given me. But when it comes down to it, when the game does not have a famous movie to parody, that’s when the game actually shows its weakness. That the game is nothing more than just a playground that you’d only want to come back to if you have a friend to play with. I’m hoping that the game would add more features in the future like adding their famous Lego franchise characters in the mix like the Lego Batman or Lego Jurassic Park. I think that would be something that would really draw me back to the game.