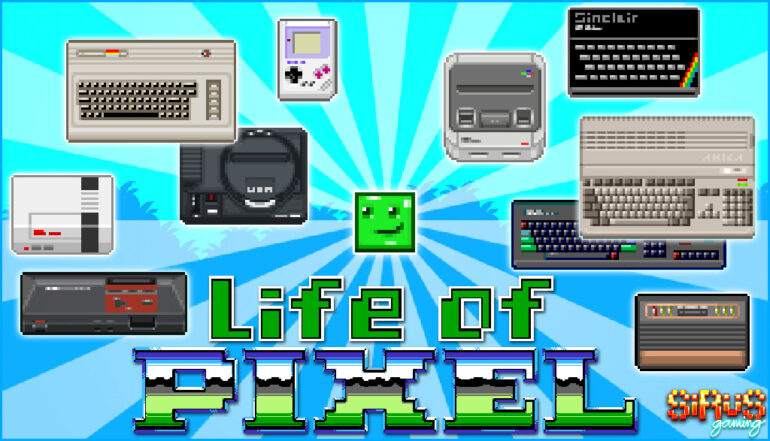 Nope, this is not the pixel version of that movie.

Developed by Super Icon, Life of Pixel is a platformer game that plays with the nostalgia that players get from the experience of playing through the classic 8-bit and 16-bit systems such as the Atari 2600, ZX Spectrum, Commodore 64, NES, etc. Players get to be Pixel, the tiny green pixel, whose goal is to get all the crystals in a level to unlock the exit door while jumping and traversing through platforms and ledges and avoiding traps and monsters that get in the way. It also pays homage to other iconic games such as Metroid, Mega Man, Prince of Persia and many more. 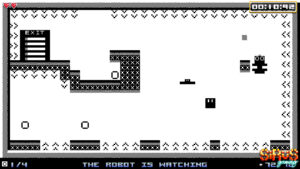 Life of Pixel’s gameplay is pretty straightforward. Pixel just needs to collect all the crystals scattered throughout a level in order to unlock the exit and proceed to the next one. The obstacles that Pixel needs to look out for range from spikes, pitfalls, water, and even monsters such as bats, crabs, and ghosts. There are also hidden rooms within levels that players get to search and go into by accident or with skill. Power-ups are also available for Pixel’s disposal such as cannons and bombs to be able to get across a seemingly uncrossable obstacle. All throughout the levels are several hard to get special gems that players can collect to unlock an achievement and special content. 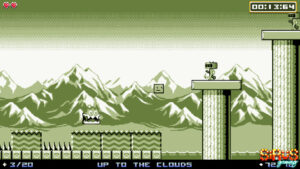 As a platformer game, Life of Pixel is a simple yet challenging one. Players might find it easy through the first few levels of the game yet the difficulty increases in every level. In every run through, Pixel has two hearts representing how many times he can be hurt by enemies. However, once hurt by spikes or lasers, Pixel immediately dies. There are no limits as to how many times a player can go through a level. Despite the infinite chances to complete a level, players would still feel the frustration of needing to go through all of the obstacles again and again. Earlier levels can be quite a challenge for players who are not familiar with the frame-by-frame set up of the early consoles wherein the “camera” does not follow the main character. Instead, a level’s other locations are loaded as separate frames which makes going to another area a bit of a challenge especially for those where Pixel has to do a leap-of-faith hoping that he lands on a platform and not plummet down towards a well of water. 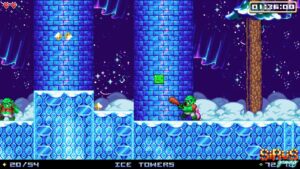 Life of Pixel worked on the grounds of how the gaming visuals and sounds progressed over time. Starting from the black-and-white graphics of the ZX81 to the colored and more detailed visuals of the Amiga system, players will see how the gaming bit graphics evolved from one console to the other. The change from one system to another system affects the visuals and the sounds only and not the controls themselves, but the players would still feel like they have gone through time because the devs did their best to emulate how the game would really look like when played through a particular console. Also, the chiptunes that were incorporated in the game would really bring back the memories from the good ol’ days of video gaming. 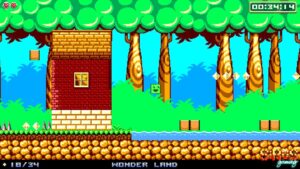 Overall, Life of Pixel is just a good homage for platformer games in general. It is not much of a game that has an in-depth gameplay but it is more of a game that caters to the nostalgia of playing those games we grew up with. It’s a game that can be completed by an avid platform gamer within a few hours but it might take casuals a few couple of days. It is a frustrating game to play sometimes, yes, but the main point of it all is to challenge the patience of its players all the while having them immersed in a retro-styled adventure. I recommend you gamers to try and play Life of Pixel out but if you opt to drop it fairly early on, it is completely understandable that this game is not for you.

Life of Pixel is available on Steam.

This review is based on a review copy provided by the developers/publsiher.