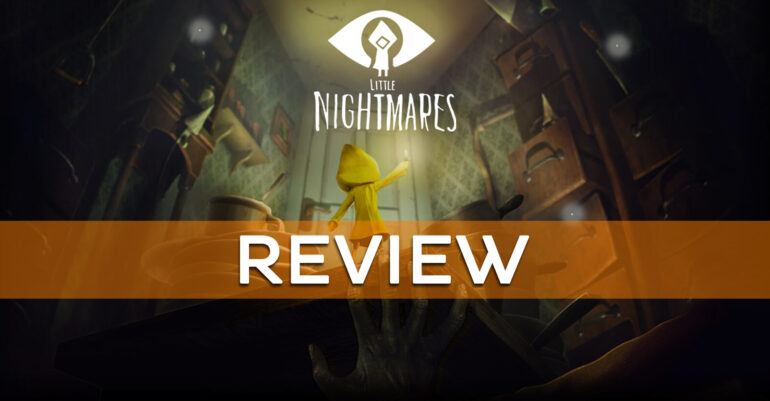 The last time I played Tarsier Studios’ Little Nightmares was at Electronic Sports and Gaming Summit (ESGS) last year in October. I felt the game had potential as a platformer, and I clearly stated that in my first impressions. Knowing the studio is also behind the re-release of the creative and artistic Tearaway Unfolded which was originally released by Media Molecule.

I love how Little Nightmares gave me the creeps and raising the tenacity of the game’s thrilling moments. It’s another platformer title that made me love the genre even more. 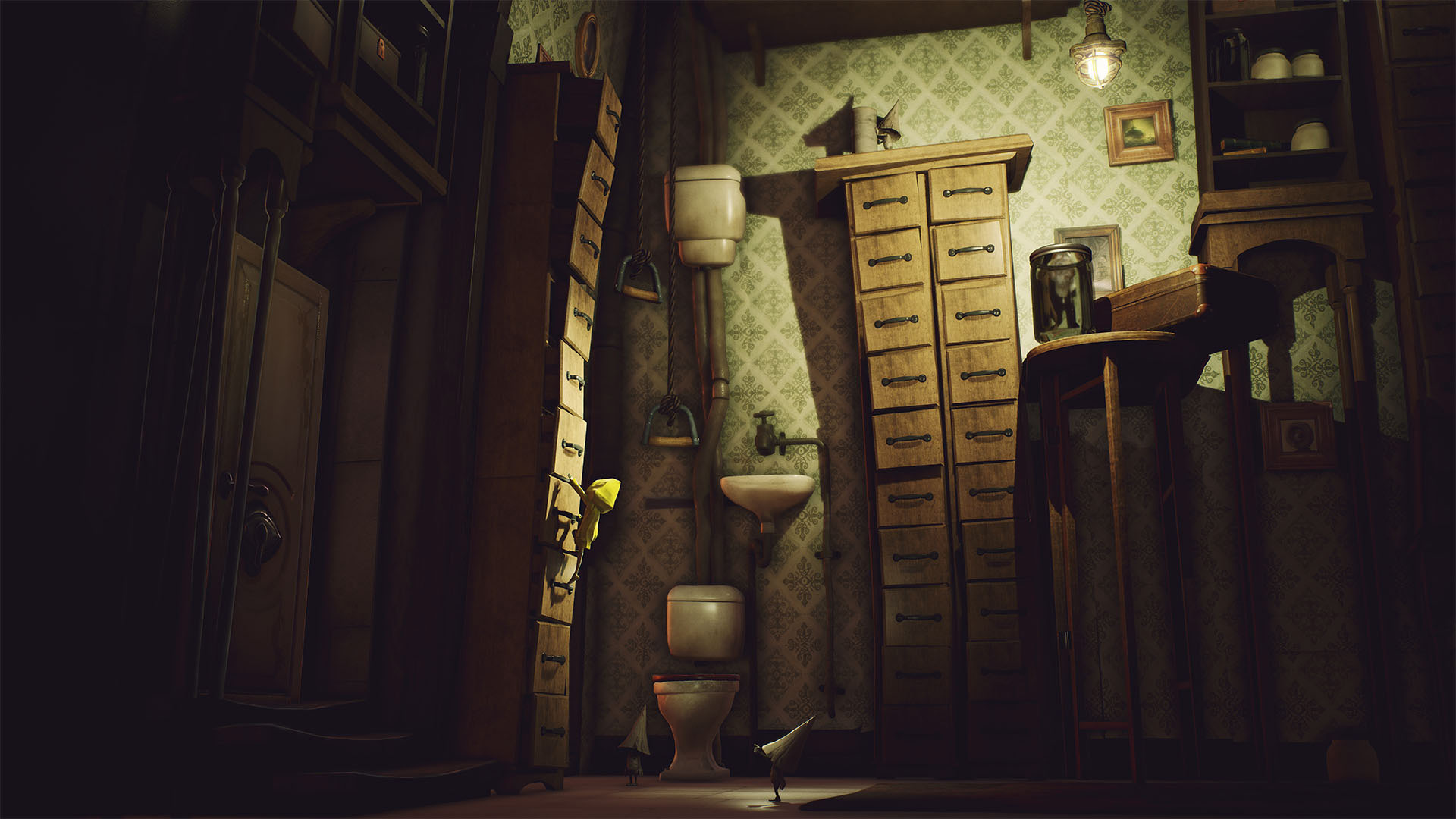 Little Nightmares shows you a disturbing adventure of a tiny little girl who wears a yellow raincoat named Six. The word “nightmare” does live up to its meaning when you begin the adventure that awaits you. There are a lot of unexplained things to witness in this convoluted dream or reality. Tarsier Studios leaves the imagination to you on how you interpret the whole game. It plays with your mind, gets you engaged, and wonder about a lot of things that definitely leaves you hanging even after you finish it. It has a simple plot, I tell you.

What you do in Little Nightmares is fairly simple. There’s not much tutorial and everything is already self-explanatory. You can easily just hit pause, go to the control menu, and familiarize the controls. Really, the tips are so scarce that you might even ignore those that pops up because you already know how it works – plainly it’s very logical and easy to understand.

Some of you might compare the game’s atmosphere to Inside for its platforming mechanics and 2Dark for its unusual imagination and lore. Little Nightmares comes slowly as one disturbing game to a genuinely spooky experience. You encounter 4 bizarre beings who captures you when you get caught (and some even eat you as an appetizer). One of which is the chef couple who looks distortedly fat, and a blind skinny long-armed person who loves to collect toys who can reach tall platforms.

There are little 14 coned-hat creatures (or possibly little kids) that are called “Nomes” (like Gnomes without the “G”) that you can hug. Aside from Nomes, there are also 10 statues that you can break. For doing the hugs and smashing, the reward is simply unlocking the concept arts, but some say it unlocks a slightly different ending. It’s quite unrewarding for doing some task, to be honest. 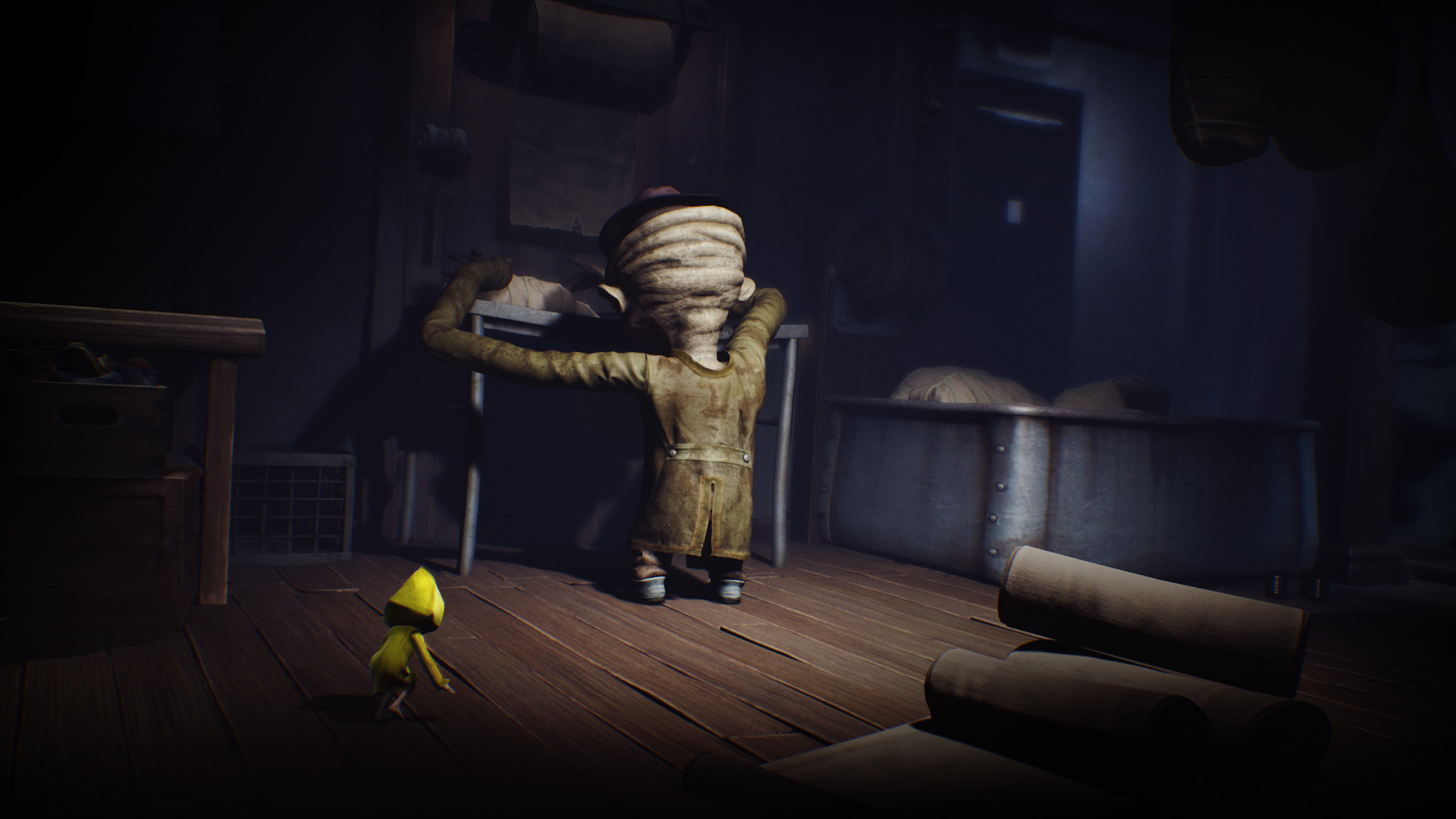 As creepy as Little Nightmares already is, the exhilarating experience was just enjoyable. I laughed at myself for actually having my hands cold because of the intense and thrilling chase sequences – even shouted after I jumped from that piano, after that clusterfuck chase from fat-hungry distorted faced human beings. I had to pause the game, and took a breather. My heart was pumping fast. Really fast.

The fun doesn’t end from there, I find everything interesting at some point since the game leaves you to your own imagination. I can’t help but think how all of those tiny kids were held up prisoners in the first place. There are no signs of cannibalism as the chef cooks ham, sausages, fishes, and other meat (yes, all of them are meat) just like every other person does. They are just locked up unexplainably. It’s weird, but it still keeps me wondering until now.

The platforming is quite precise and easy. With the help of a greatly angled camera, which is also a big plus of Little Nightmares, you won’t be frustrated on the puzzles and jumps that are almost impossible to do. The controls are also smooth, and you control the character with ease. You can also interact almost everything that you can hold and grab like sausages, toys, move chairs, and even the Nomes if you want to carry them along. However, I do find it a bit lacking in terms of using them aside from distraction or lure.

As a platformer, Little Nightmares does look slick and appealing while giving you a lot of distorted imagery. The designs are well-crafted, especially how the Japanese-themed chapter was made. It’s not a colorful game, it’s not adorable, and it’s not cute. Let’s put it simply as terrifyingly enticing for a disturbing game like this. Also, the film grain adds as a plus for its horrific atmosphere to give it more of a scare. What adds to the horror ambience is the soundtrack. The beat of the music starts intense when someone notices you, and gets even more extreme when you’re being hunted down. It adds to the thrill and tension in Little Nightmares. 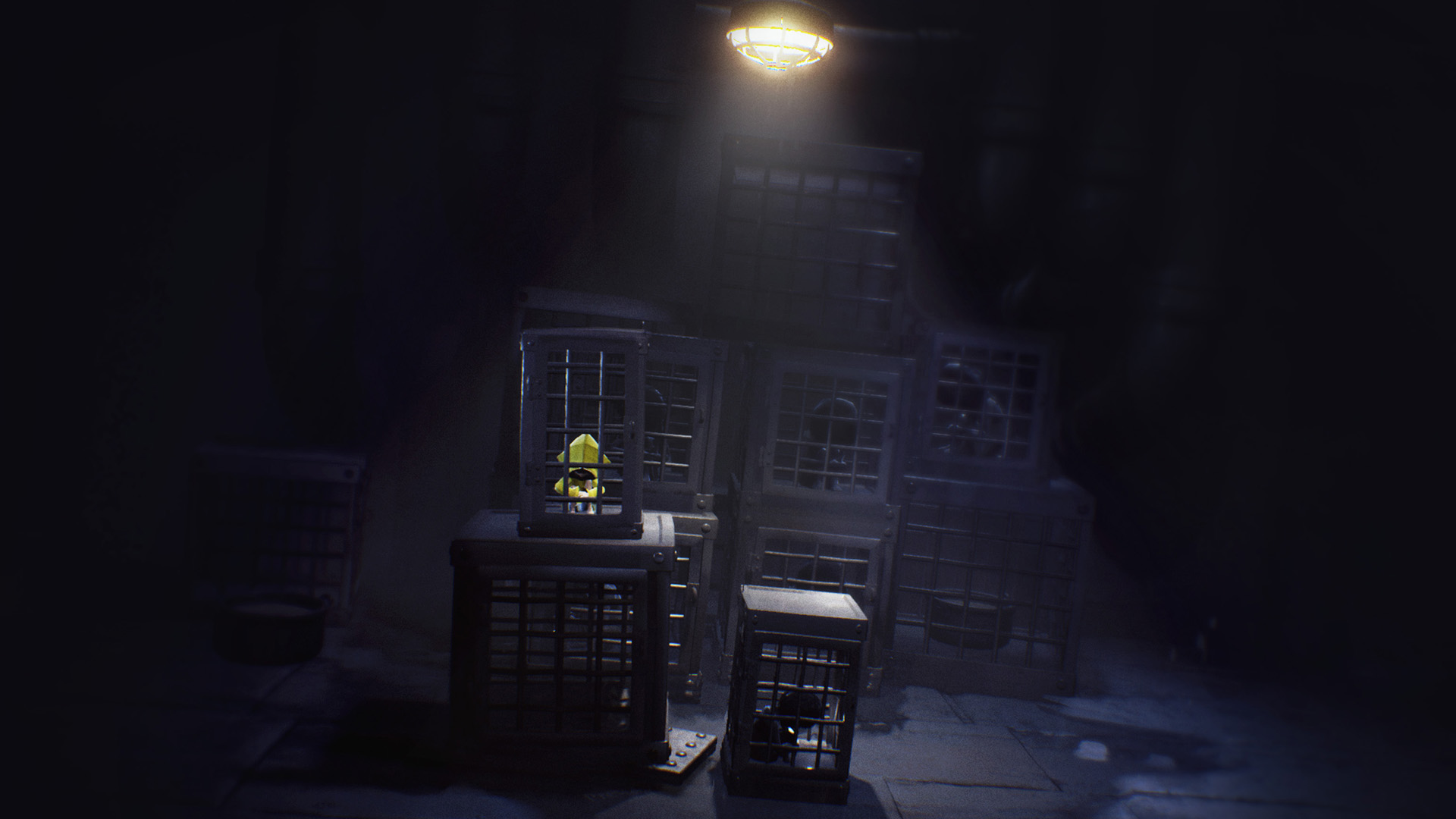 In a technical aspect, the game runs on the latest Unreal Engine 4. It does make me reminisce how Destructive Creations’ genocidal isometric shooter, Hatred, was made with the same game engine. It was one of the first games that took advantage of the latest Unreal Engine’s capabilities. This is where the physics are properly placed in to react completely organic and how it also incorporated the film grain effect fluidly. Tarsier Studios took that advantage and gave it justice with their new game.

The game’s performance is optimized. I didn’t experience any frame drops, and it’s a solid stable 30 frames. However, the game crashed only once in my playthrough. I got this error message CE-34878-0 which means a general application error that can be fixed by relaunching the game. Aside from that, everything’s good to go!

The total playtime is around 6 hours. There is nothing much to do after you complete everything. You can replay chapters to unlock the concept arts, complete the number of Nomes to hug and Statues to break.

Little Nightmares gives you what a platformer game needs to be. I enjoyed every bit of its level design and its creepiness. There’s nothing more I can say about Tarsier Studios latest title – it’s a nightmare you probably would love to spend your whole night in.