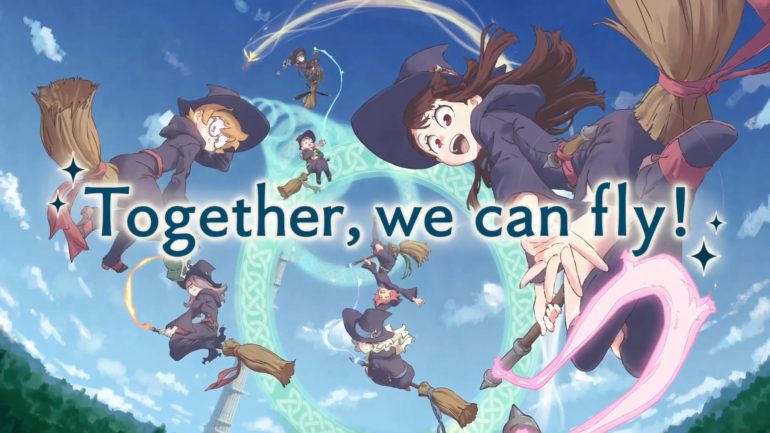 The new racing game based from the famous Netflix anime will first come out on Oculus Quest and will be a launch title for the Oculus Quest 2 today. Other VR platforms like PlayStation VR, Oculus Rift, and SteamVR will get it in early 2021.

Players can enjoy the game running at the new headset’s higher 1832x1920 per eye resolution. It has more objects to show and has additional visual effects available on the new device. Both Oculus Quest and Oculus Quest 2 users can enjoy smooth first-person broom flight thanks to UNIVRS, Inc.’s patent-pending motion sickness reduction technology.

Put on a witch’s hat and start classes at the famous Luna Nova Witchcraft Academy. Soar through the skies on a customized broom across more than 10 tracks. A post-launch update allows friends to meetup and explore the school grounds together in online multiplayer, with support for both Oculus Quest and Oculus Quest 2 users to fly together.

Based on the hit anime from Studio TRIGGER, which started as a Kickstarter success story and became a 25-episode Netflix series, LWAVR takes fans deeper into the world of Little Witch Academia than ever before. Experience an original story with Akko, Lotte, and Sucy voiced by their original English and Japanese voice actors, with a new theme “Dream Flight” by YURiKA and Yuiko Ohara, responsible for the show’s opening and ending songs.