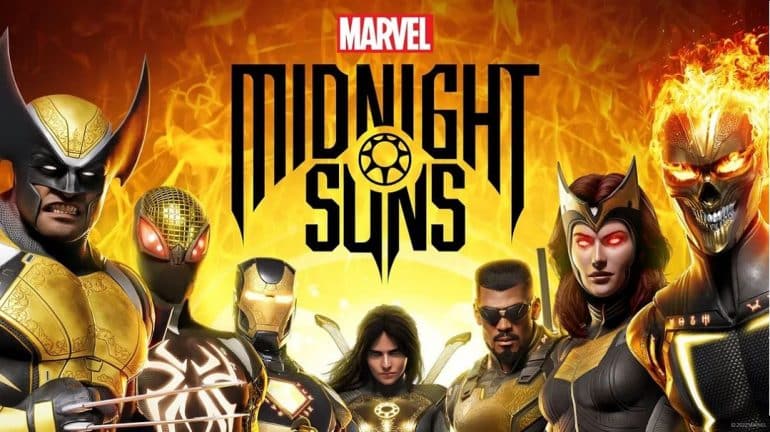 Marvel’s Midnights is a different game than what I initially expected. Developed by Firaxis Games and published by 2K Games, the Midnight Suns game combines tactical combat with a sort of life sim aspect, and by that I mean a sneak peek behind the curtain and into the daily lives of Marvel’s magic users.

Truthfully, I was kind of disappointed with the inclusion of card-based mechanics when the game was announced. But the more I played the game, the more I realized that I actually enjoyed how Firaxis implemented the system.

The combat in Midnight Suns isn’t unlike the combat in most other tactical squad games. The only difference being is that you’re always in the thick of the action. Which would make a lot of sense considering the power fantasy that’s typically associated with superheroes. I’ll be saving the details of the mechanics for the review of the game. For now, just know that the combat is fast-paced, and rarely does it ever get bogged down.

Apart from that, there is also an environmental element that changes things up in a way that ensures that you won’t be relying so heavily on the cards on hand. In fact, the more you experiment with the combo moves, the more tempted you’ll be to invest in certain cards that knock enemies around all over the place. Plus, it’s fun watching hydra goons get flung into things.

The more I play this game, the more the social aspects become prominent. When you are not trying to resolve a crisis half a world away, it feels like you’re playing a life sim and experiencing the everyday lives of Marvel Magic Users. Unsurprisingly, they have more in common with regular teenagers. Of course, they have to contend with the forces of darkness on a regular basis so you really call it ‘normal’. But that’s a matter of perception for most people.

Much like your Personas and other JRPGs, building friendships with your ‘Abbey-mates’ is the key to unlocking each fighter’s potential. The same goes for taking part in after-mission social activities. This is something that’s either going to click with the target audience or leave them baffled. What else can you expect from a bunch of heroes with mostly dark backstories?

When it comes to the social aspect of the game, all that’s missing is a school-like setting and it’s like you’re in a Persona game. (Here’s a little something more – they have their own Superhero social network. There. I’m done.)

In the roughly 8 or so hours I’ve played the game so far, I’ve noticed that there is a good bit when it comes to mission variety. I haven’t been overwhelmed by repetitive missions just yet. I hope that’s the case. Though with what I’ve seen in the Forge, I might be in for quite the grind if I want to have access to some of the best cards the game has to offer. Don’t take my word for it just yet. I’m simply speculating many hours ahead and filling in the gaps with what I think the majority of the playtime could be like.

Another thing also noticed is that the game encourages you to mix up team compositions as often as possible. At this point in the story, I’m still gathering the team together but for some reason or another, members also have an excuse to sub themselves in at the last minute. I largely suspect that the game doesn’t want me to pick favorites and leave the others behind. Otherwise, I’d find myself in scenarios where an underdeveloped friendship could make upcoming battles insurmountable.

And finally, we don’t just go into missions just for the sake of stopping the bad guys. No. That would be on the nose. After missions, we get a bunch of stuff for Tony and Dr. Strange to research. It’s kinda sad to see them both being reduced to mostly NPCs. But then again, magic isn’t exactly in Ironman’s wheelhouse and last I heard, Dr. Strange’s connection with the mystic arts is funky at the moment.

The last thing I want to touch up on this preview is how vast the Abbey really is. There is a decent amount of collectibles and many secret areas to unlock. I feel compelled to compare it to exploring Hogwarts. Cause there’s no better explanation for it. That’s the kind of vibe I’m getting from it. Or I’ve seen one too many stone walls rearrange themselves into archways. That could be it too.

So far, Marvel’s Midnight Suns is looking like something you’d definitely want to pay attention to. I can’t call it until I’ve spent more time in the game and gotten a better grasp of its fun factor long term but my initial impressions are very positive.