Masquerade: The Baubles of Doom

“Masquerade is a call back to those classic 3D action games that were all about larger-than-life characters and personalities,” said Mark Bracken, Executive Vice President of Big Ant Studios. “We wanted to deliver a game with both heavy hits and lighthearted adventure, something that’s simultaneously fun to play and fun to experience.” 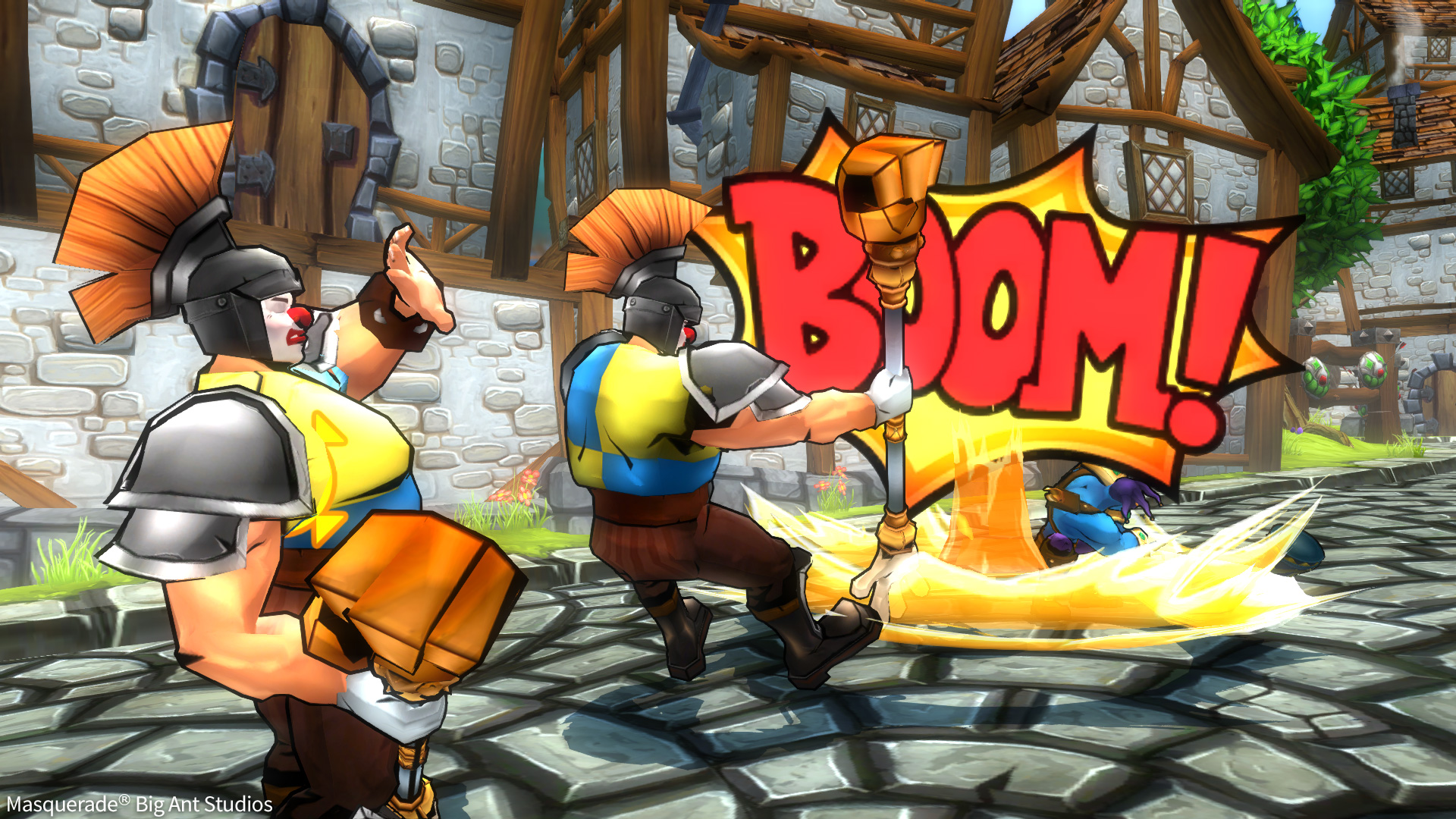 Masquerade: The Baubles of Doom features a bright art style, colorfully ridiculous characters and beautifully animated cutscenes that give it its comic fantasy tone and humor. The game stars a hammer-wielding, quip-slinging jester named Jaxx, whose quest to stop the evil Clown Army from claiming an artifact of supreme power will take him across the Realm to save it.

For more information, check out www.MasqueradeGame.com.