Finally new info and is that.. a new Mass Relay?! 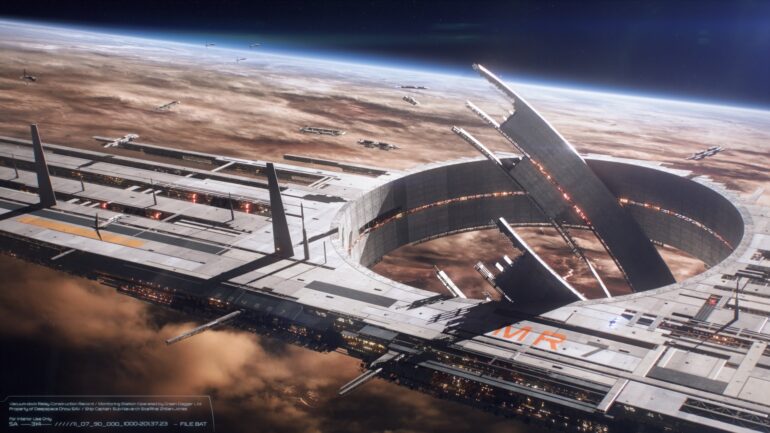 BioWare has recently shared a Mass Effect 5 teaser image and a short update on its development.

The new teaser image and update were recently released to celebrate the franchise’s annual N7 Day today, November 7, 2022. This was shown in a blog update from BioWare.

According to BioWare, the pre-production development has been proceeding very well. The Mass Effect franchise veterans and newcomers are now working together to create “characters and locations that you’ll love, as well as revisiting many that you’ll remember.”

Aside from the update of the development, BioWare also showed a new concept art for the game. It showed a new Mass Relay, which could mean that the next Mass Effect will let players explore other systems too. A Mass Relay is a device that is used by the starships to transfer instantly between different systems.

There is also a caption on the bottom-left of the image. It says the following, “Vaccum-dock Relay Construction Record/ Monitoring Operated by Green Dagger Ltd. Property of Deepspace Dhow SAV/ Ship Captain: Sub-Navarch Soa ‘Rhal Zhilian-Jones.

The teaser image is quite interesting with various things to pick out from. Various ships came in and out of the area of the relay, the planet below it, the lettering on the relay, and many more.

No word on when the game will be released, but there have been rumors that it will be launching possibly next year or more. Or, there could be more announcements in the near future. We’ll just have to wait and see.