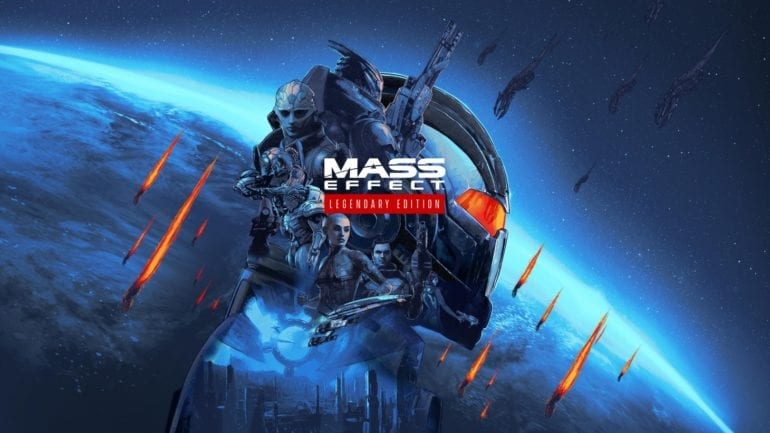 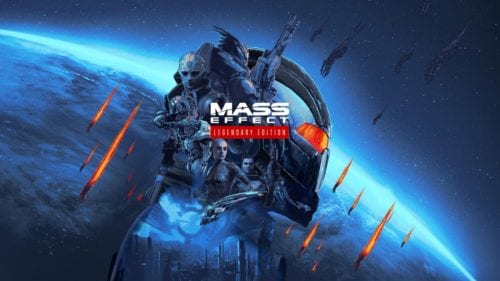 How do you improve upon something that’s already considered an epic? That the answer is quite easy actually. Bring all the games under one launcher and make progression across the entire series as seamless as possible. Mass Effect: Legendary Edition accomplishes that much. But is it enough to truly say that this is the most definitive version of the trilogy?

Closure was the biggest issue facing the original games at the conclusion of the trilogy. As much as I love the original trilogy and see everything about it through the lenses of rose-covered glasses, even I can’t deny there are some issues tying the whole thing together. This is especially evident at the conclusion of the third game. I was one of the fans who were dismayed that everything I’ve done throughout the saga was made null and void. Instead, we got 3 hollow endings that made sweeping assumptions of past events. I understand it was a daunting task to ask for something that takes into account all the choices of individual commanders. But at least acknowledge SOME of the choices in the epilogue.

The first Mass Effect game received the bulk of the changes in the Legendary Edition. Let’s be honest here for a second. Even in the last generation, Mass Effect 1 felt like and looked like an MMORPG from the year 2000. There’s no other way of saying it. The change to how weapons function is greatly appreciated. It didn’t change the core gameplay in any significant way, but the sniper does exactly what it was designed for. Though I wish they added a bit more range to the shotgun. (Just sayin’)

Another notable change is how you can now skip conversations during elevator rides. For those not in the know, elevator segments are nothing more than glorified load screens. But having been updated for modern systems, the load times have significantly decreased. Personally, I love the conversations. It gives the characters a chances to air out their concerns or make comments on galactic society as a whole. But if you are that impatient, or are tired of hearing Aiden make small talk to the ladies, then I completely understand.

Riding around the Mako in the PS3 version of Mass Effect Trilogy, made me realize how annoying the APC was. You’d think that something that looks like it can run over barricades would be a little heavier. But, in fact, it is very, very floaty. The controls reflect this notion. Let’s just say that getting around was comical, at best, and downright head-scratching at worst. So, imagine my relief when the Legendary Edition actually addressed the issue and made it so that the Mako actually performs as it looks. A slightly hefty moving box of death with a turret on top of it.

Performance boosters are noticeable throughout the Legendary Edition. Loading screens have been cut short to what they originally were. Cinematics and some transitions no longer stutter when under stress like they used to in old Mass Effect. All in all, I’d say this is a massive improvement. And anyone who’s played the games before patches were applied could attest to that.

At the start of the second game, I saw what the visual enhancements contributed to the game. They enhanced the tension that was already on at an all-time high. What was once hampered by the limitations of the day, sequences like the intro now go above and beyond what we were dreaming of back when the first 2 games were released.

When it comes to the first game, the character models look better than they’ve ever been. The changes aren’t too drastic or anything. I could consider Tali’s changes an exception to that, but I think it’s more of an enhancement of existing features more than anything else. In that line of thinking, the changes made to all of the maps are more cosmetic than less moving elements around. There is a part of me that wishes they completely remade the Citadel with the intent of moving Points of Interest to be closer to each other. Cause the walk between them was just.. bad.

When it comes to changes to controls, Mass Effect 1 got the lion’s share of the changes. I must commend the developers for making an effort at unifying the controls for all three games. (Or at least try.) The first game still had that awkward grenade button, and powers don’t exactly hit their mark at times. But I guess this is what makes it count as a remaster. There are minimal changes to the controls of both Mass Effect 2 & 3.

For those who don’t know yet, Mass Effect 3 had an online component. That’s right. And it was tied to the Galactic Readiness scale. This affected the amount of forces that were available during the final confrontation. But subsequent DLC rendered the mode obsolete, and personally, I think Mass Effect was more about the story more than anything else. It’s a good thing that the developers felt the same way. They took out the multiplayer component and focused everything on the single-player experience. The rebalanced numbers should compensate for some runs. But I’m in the camp that says, just bring as much firepower in as possible. The Reapers deserve as much.

Initially, I thought that having all 40+ DLC content meant that they’ll be unlocked at the start like how they were originally implemented. Now, playing the game, some things have become clear to me. I have mixed feelings when it comes to the gradual unlocks. It’s not a major gripe or anything but let’s just say that I miss having my Dragon Age armor from the get-go of Mass Effect 2. I’m also not a fan of having to buy them in-game. But I guess that’s what happens when they aren’t considered DLC anymore…

The reworked trophy system is a welcome change, in my opinion. The new trophies appear to prioritize exploration and performing a certain ability a certain number of times. I vastly prefer this over having to replay each game 3+ times to get that elusive platinum. This is especially true when it came to the first game’s insistence that I pick one crewmate for the majority of the missions. I am so glad that require is gone. From where I stand, Mass Effect: Legendary Edition looks to have easily achievable platinum requirements.

Mass Effect, as a series, matured over the course of the trilogy. The black and white morality system of the first game slowly evolved into the consequence system of the third game. The constant improvements to the combat are in full display with the Legendary Edition. What started as a point-and-shoot walking simulator, now incorporates a cover system and a rolling dodge. In that respect, the series has come a long way.

If you’re this game for the first time, do keep in mind that the Mass Effect: Legendary Edition is more of a remaster than an outright remake. What I mean by this is that some of the voice acting and the animations may be of a lower standard than we are accustomed to in modern gaming. Make no mistake, the games have been improved in as many aspects as possible, but the narrative and the delivery of lines are still the same. That’s something that can’t be improved by simply rebalancing audio or adding additional voices in the background. Just keep in that mind. I wouldn’t have it any other way though. People walking off-screen is part of what made these games memorable in the first place. And is something only Bioware can get away with.

Returning to the series once more… felt comforting, for the most part. Like coming back home after spending years overseas. It is both strange, yet familiar at the same. You know where all the old trinkets are but you can’t for the life explain why picking them makes you remember something. That’s what I felt like when playing through Mass Effect: Legendary Edition.

As remasters go, this is already top-notch. I don’t know what more work can they put into the series, other than a full remake of the trilogy. Legendary is already full to the brim with content. As for me, I am content with finally getting to have content that was previously exclusive to the N7 Collector’s Edition.

This is the most definitive version of the trilogy so far. For series veterans, we have a unified look for your customized Commander Shepard that you will experience adventures with till the bitter end. This not only applies to male Shepard. Female Shepard from the third game is the default model from the beginning. If that doesn’t put a smile on your face, I don’t know what will. For first-time players, you will get the best version of the games, complete with all the DLC’s. And a photo mode to boot! What more can you ask for? 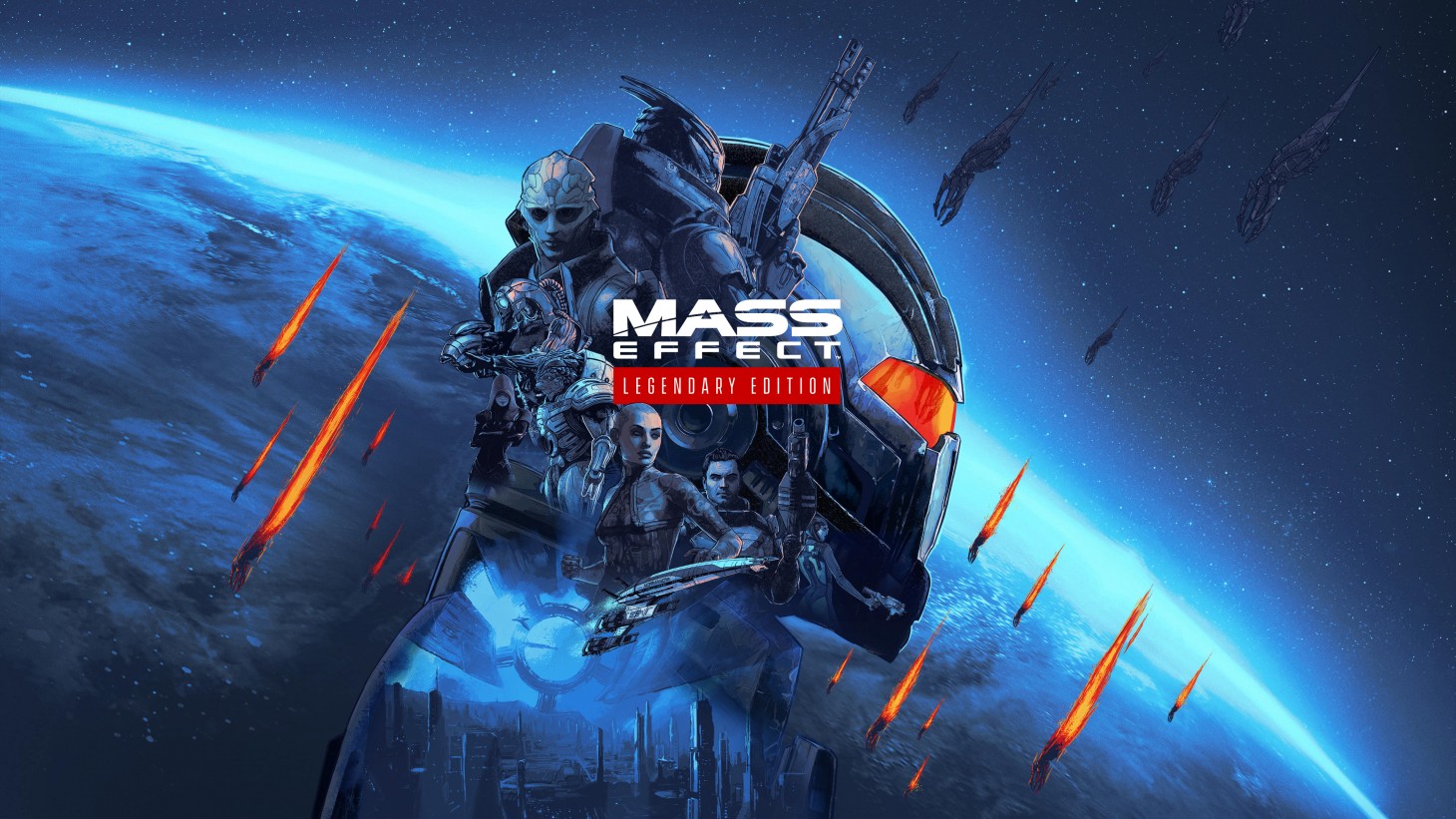 Mass Effect: Legendary Edition – Review
Score Definition
Almost perfect if not for the nitty-gritty. If it’s quite there but not enough to push the boundaries, it’s still an awesome game.
Pros
Goes above and beyond a regular remaster
ME1 gets the bulk of all the changes
Streamlined trophy collection
Unified experience from start to finish
Significant graphical upgrade
Cons
ME1's stiff movement
Areas still segmented in many places in ME1
Narrative weaknesses carried over
Added details like lens flares may not be to everyone's liking
9
Excellent