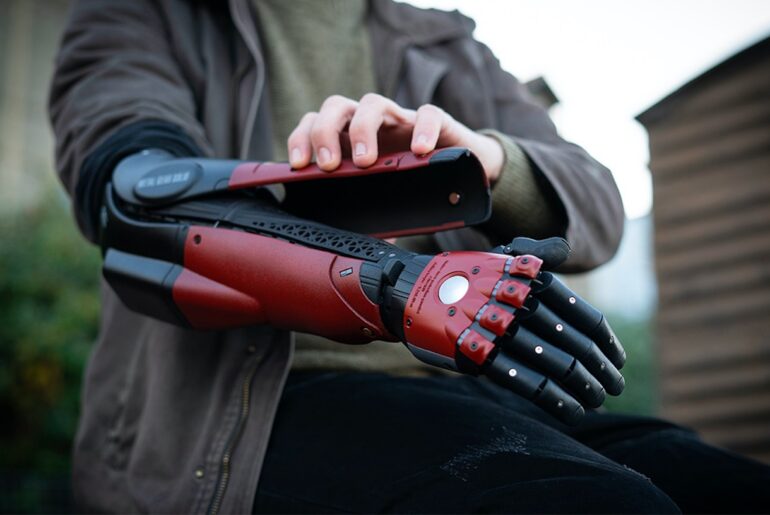 The bionic arm has now become a real-life accessory for amputees to use. It works as an attachment to Open Bionics’ Hero Arm device. This is an existing multi-grip bionic arm that many amputees have already used. It looks just like the real thing, but it does not launch as a rocket-propelled fist like in the game (which would have been cool if true).

The prosthetics company has already dispatched this awesome bionic arm to 29-year-old UK resident Daniel Melville. He is also a big fan of MGSV, which made him thrilled to wear such an incredible design of the prosthetic arm that Venom Snake used. He said in a statement:

This is unbelievable. It’s everything I’ve ever wanted from a bionic arm. I’m an avid gamer and love Metal Gear Solid so much and to actually have Snake’s arm in real life is just insane.

Check out Open Bionics’ official website for more information of this awesome bionic arm. It was announced that the Venom Snake cover will be launched just before Christmas.