Microsoft should focus on Exclusives, not subscriptions like Xbox Game Pass 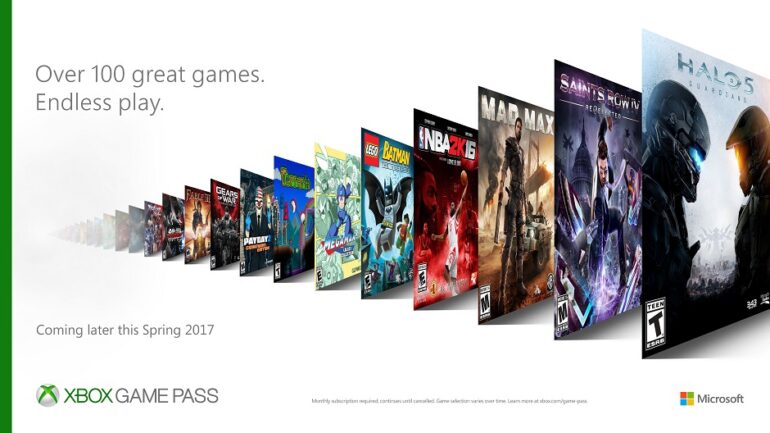 Phil Spencer has announced their latest subscription for Xbox One owners, the Xbox Game Pass, a few hours ago. This new addition is quite similar to what Sony already has, the PS Now, where you can play over 100 Xbox One and Xbox 360 titles for a month without the worries of internet connectivity. Now, that’s just one of the good things, not one but ONLY the good thing about this subscription, is that there is no internet connection required after you download the full game on your console. Sony’s PS Now streaming service was horrible, where you have to pay for more just to play older games which you probably already own and streaming it. However, will the lack of internet connectivity be the reason why Xbox One owners should get this service? For me, it’s not enough to convince me to subscribe. I’m pretty much happy with my Xbox Live Gold subscription with free games every month — and I get to keep it!

Microsoft said there will be over 100 games each month and that it will be “cycled”. Given, there are games you want to play within the month, and might even want to replay them a month or two after, then you will not be able to since it cycles every month. It’s understandable that with this subscription Microsoft is handing out games, big games to be exact, for only $9.99 per month, and “cycling” the list of big titles will be the most logical direction that will not hurt their revenue significantly — this is another term for “renting” games a month for a cheaper price. However, I find this move to be more of a “rip-off” for copying PS Now. Knowing that Microsoft doesn’t have great exclusives yet to come out on Xbox One except for Crackdown and some others, Xbox Game Pass is their excuse for not having new and fresh IPs.

I want to point out that there is also a discount for 20% of the games you might want to buy if you’re subscribed with Xbox Game Pass. Microsoft’s strategy in promoting discounts for the games in their Xbox Game Pass catalog might be also a move to slowly making digital a trend, or even making it standard for Xbox One owners. This may or may not be a good sign, especially when Microsoft wanted to push for a “digital” only library of games in 2013 at their Xbox One announcement. They might be slowly transitioning to the digital market if they see Xbox Game Pass as a huge success — which I highly doubt.

I strongly disagree with this new type of subscription. Microsoft has focused more on improving their subscription plans rather than getting more new IPs for Xbox One. That Scalebound cancellation was a big blow, especially to me, and to be honest, that was one of the reasons why I bought an Xbox One in December of last year. I hope Microsoft knows what they’re doing.

This opinion article is express by the author, not representing Sirus as a whole.