Middle-earth: Shadow of War Takes a Few Minutes to Load Its World on the base Xbox One 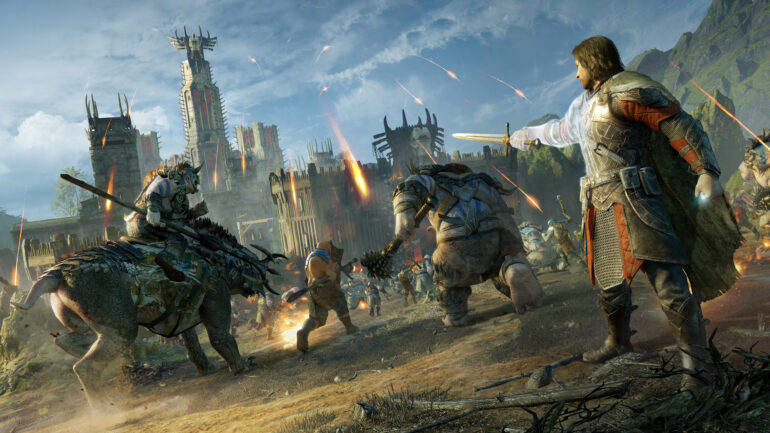 Middle-earth: Shadow of War definitely looks impressive. With the massive improvement of its Nemesis system, the game will certainly provide a lot of diversity when it comes to narrative. However, experiences might differ when consoles’ hardware capability becomes a nuisance.

According to the Design Director, Bob Roberts, the base Xbox One model is struggling loading assets of the game’s environment.

Due to the inferior hardware specifications of the original Xbox One, it’s no doubt that it bump into some issues along the way in its development.

“The guys who have the Xbox One X, for them the biggest thing about it is the load times.” Bob told GamingBot. “On the normal Xbox One dev kit, it will take us a few minutes to load one of our worlds. It’s pretty big and takes a while to rev up. The Xbox One X loads it a few seconds. So that’s a big deal if you’re trying to iterate quickly to get more cycles on something.” he added.

ALSO READ: The Nemesis Forge Lets You Bring Your Loyal Orc to Shadow of War

Bob assures that with the Xbox One X, it can handle its assets more easily than the base original Xbox One. We might see some reduced assets and low-level draw distances to make sure Shadow of War runs smoothly on the base Xbox One.

When talked about the base Xbox One’s resolution and frame-rate, Bob was able to say that base unit will hit a stable of 30 frames-per-second throughout the entire game. But it seems that he skipped out the resolution.

If we take a wild guess, it’s possible that Shadow of War will run on 900p just like all other Xbox One titles – but with its massive open-world scale and heavy assets, there is this big possibility that it will run on 720p.

“It’s doing great on those. We can be confident that even with epic hundreds of enemies battles we’re still going to maintain a solid 30 frames all the time on those consoles as well.”