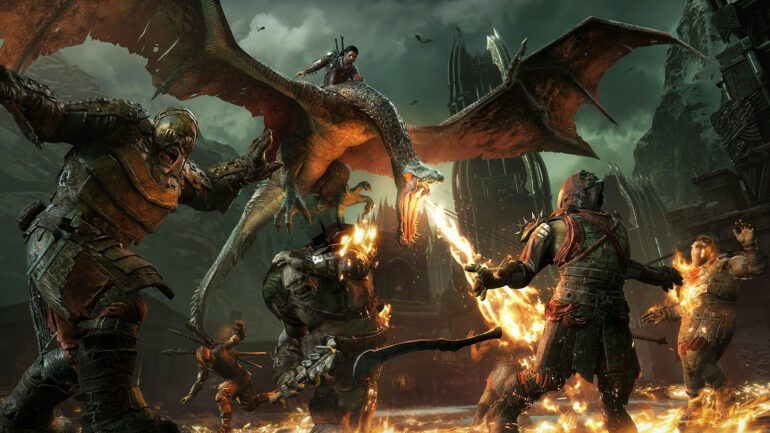 Warner Bros. Interactive Entertainment today unveiled a new trailer for Middle-earth: Shadow of War, showcasing a wide array of monsters, creatures and beasts that players will encounter both in the wild throughout the game’s expansive open world and as part of story-based missions. The video spotlights the many monsters spreading fear throughout Mordor, including the ancient Balrog Tar Goroth, fire-breathing drakes, ferocious graugs and caragors, spiders, Ghûls and Carnán, the mysterious spirit of nature who can take the form of vicious creatures herself.

Set between the events of The Hobbit and The Lord of the Rings, Middle-earth: Shadow of War is an open world action RPG that continues the original narrative of Middle-earth: Shadow of Mordor. Players will be engrossed in a richer, more personal and expansive world full of epic heroes and villains, iconic locations, original enemy types, more personalities and a new cast of characters with untold stories.

Middle-earth: Shadow of War will be available for Xbox One X, Xbox One, Windows 10 PC (Windows Store and Steam), PlayStation 4 and PlayStation 4 Pro beginning 10th October 2017.