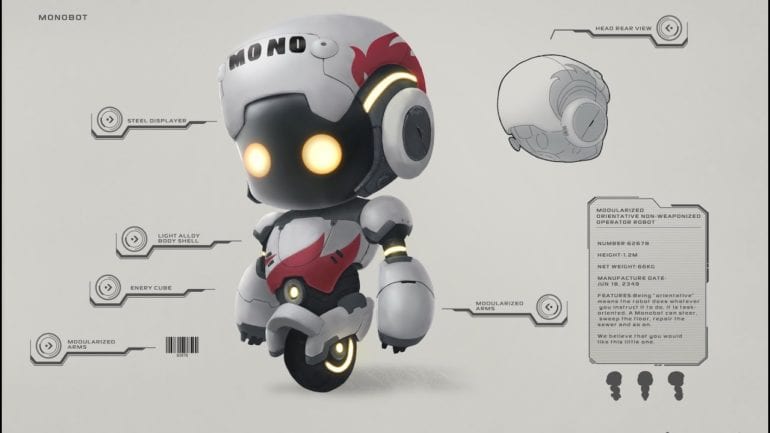 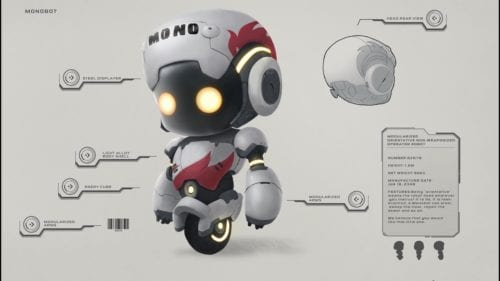 Monobot is a game I can’t decide whether I hate or love it. As a fan of sci-fi flicks, this sort of setting hooked me immediately, and throughout the entirety of the play experience I felt something more, a beautiful story on the edges of being told, but certain factors hold back this gem, imperfections riddling its shine that I have to bring to a head in the review. This can be seen as early on as the opening menu. In the current build, I have my hands on, no use of the D-pad was used on the menu, having to use the stick is not a negative per se, but I do question why it was added. Also, there was no inclusion of borderless window, a key feature I feel in the modern age, as instead, it had windowed Fullscreen, basically meaning I could take my mouse off the game, but it would just close it, questioning why the option is there when alt-tabbing exists.

From the start of the game, you are dropped, literately, onto an abandoned colony on a faraway planetoid. Your character’s design is that of a one-wheeled robotic chibi-like assistant. Upon waking, you are told to leave and head forward. As you gather your bearings, the first issue I have with the game appears the jump. Now, this gets remedied later, however it is still a bag of worms to unpack even then. The issue early on is that, apparently, they did not know what pistons were in this universe, as the jump of the little robotic tike reminded me of when I stub my toe, as it is less of a jump and more of a small jolt up, completely useless.

As this continued, the puzzles were slowly introduced themselves to me. These ranged from a genuinely nice curve of difficulty, these mostly involving block-pushing and platforming orientated puzzles, a novel section that explains how the movement works.

A little later you gain access to the “magnet arm”, and with it, the first issues arise. Not the mechanic itself, not entirely at least. To explain my issue, let me tell you how it works: a surface of blue lit up (not to be confused with he EXACT SAME surface, but unlit slightly but looking the exact same) and you are able to go to said surface if no object or environment is in your way. You can hold onto said surface for about 8 seconds, indicated by a blue outline that slowly withdraws and then flashes red. During said time fps is cut by more than half. This is to try and give a slow-motion effect, but if anything, once I focused on it, I felt motion sickness and had to take 5 minutes, but not thinking about it I was able to continue.

If this sounds annoying and unneeded, you would be right! the time limit is unnecessary except for 2 occasions which could have just been designed around it, and the slow down needs work as to not cause motion sickness during multiple uses. Skipping ahead, more mechanics are introduced and after getting used to the time limit, I got my stride. As I explored the factory, I found communications about long passed times of ancient wars, and even blueprints for my mechanical body. This is most of the story you will discover, as the base game focuses on showing not telling, which works well, and gives a nice air of natural mystery to what happened to this station.

Enemies in the game dilute into a basic stealth system, avoid detection from their sight cones, use pipes to hide inside, and usually must solve a puzzle while doing so. These are fine, if not rudimentary, and serves their purpose to give added difficulty. In terms of later puzzles, there is one that I need to get off my chest, I won’t go into specifics, but after about 20 minutes of pondering and testing, I found that the “caveman approach” was the right way, ergo dropping all pretense and ramming into a wall to clear the way. This would be comical, if it was signposted, or even referenced at any point, and was instead solved by pure accident, causing me to have to put my controller down and go outside from pure unadulterated rage.

Overall, as much as I negatively focused on this review, there are enjoyable factors, some I cannot explain without spoiling, so you must take my word for it. The art style, while at times a bit basic and generic, does give some nice backdrops and atmosphere, and the music that chimes in are beautiful and eerie, echoing out across empty broken hallways and spires. There really is a fantastic game in here, if you can get past its junkier sides, and the story, even not fully given, is quite enjoyable and a high factor in this review. 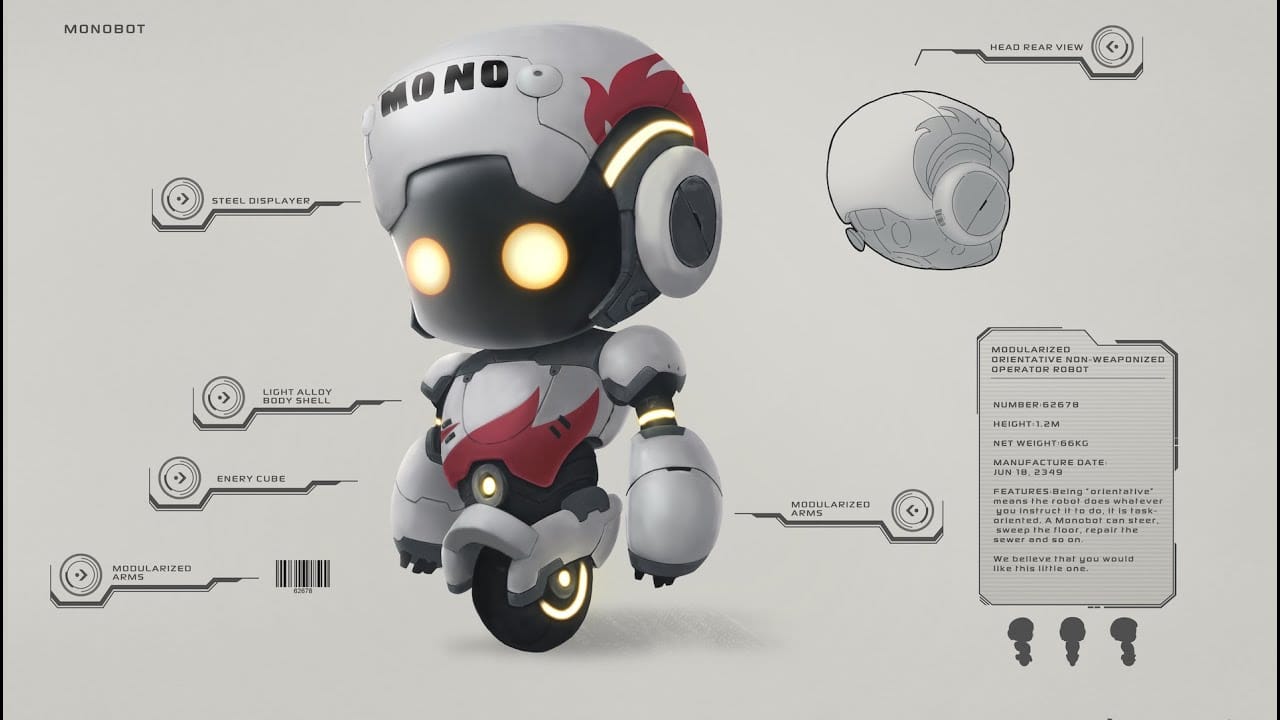 Monobot – Review
Score Definition
You better have to choose if it’s worth spending your spare cash, because it might not be the game for you and it might be for others.
Pros
Cool and sleek aesthetic
Lore of the world is interesting, and hidden as a good reward
Music is haunting and captivating
Nice small puzzles to break up monotony
Cons
EIther too tight or too lose controls
TIme limit on abilities just adds frustration
level design sometimes is unclear, with solutions to puzzles baffling at times
6
Justified