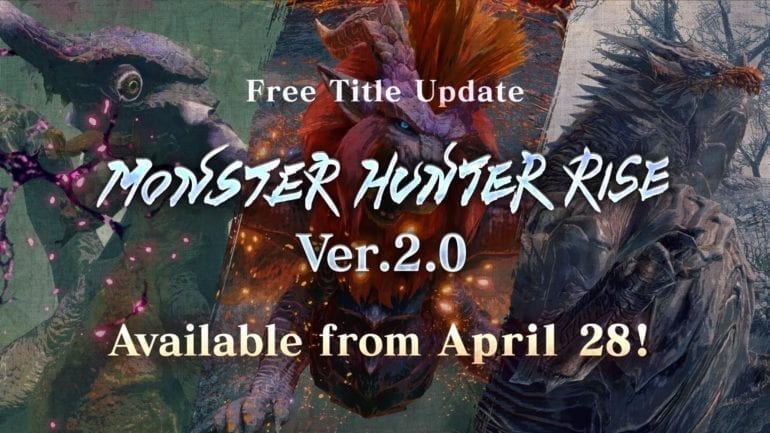 Game company CAPCOM recently held a broadcast sharing details of upcoming Monster Hunter Rise Update Ver. 2.0 and it will be adding new content to the game.

The upcoming April Free Title Update will offer players a chance to challenge the Apex Diablos and as always, they can get new armor sets from Kushala Daora, Teostra, and Apex Diablos.

In this new update, the Hunter Rank cap will be removed and gaining Hunter Points can be done by upgrading the Hunter Rank. This will then, in turn, offer access to new hunts. These include Arena quests, single player only quests, and Rampage quests. Players can also create layered armor once they have unlocked their Hunter Rank cap.

The Nintendo eShop will offer new gestures, voice packs, stickers, hairstyles, and pet costumes. There are also new event quests that are free to get with the update. Completing these quests will reward players with unique gestures and stickers.

The next free title update will be 0.9GB more or less, but for those who have not updated yet, they will need 1.5GB.

Monster Hunter Rise is now available on Nintendo Switch and will be released on PC early next year.