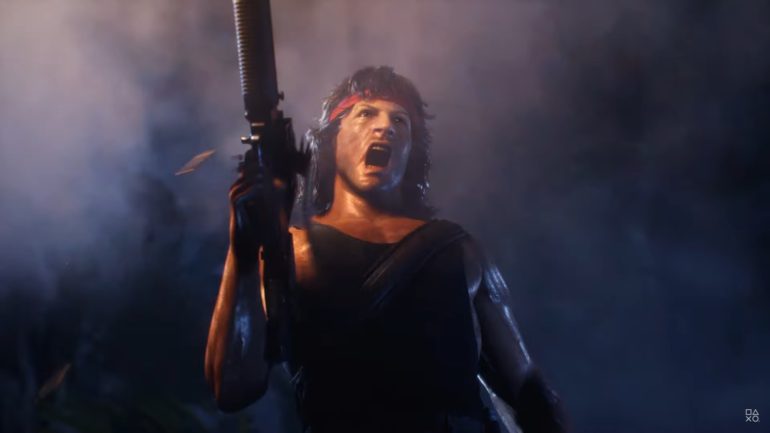 All of the rumors just came true with this big announcement. A new trailer just dropped and it finally revealed what everyone was anticipating for. It first revealed ninja fighting Rain and then the highly anticipated character Mileena. Both of them were fighting each other in the middle of the jungle as a poor Tarkatan died from their fight. And the biggest surprise was the emergence of Rambo, Sylvester Stallone’s most iconic character in his career in action star cinema.

Creative Director Ed Boon posted on Twitter to confirm that the voice used in Rambo’s character in MK11 is Stallone’s voice. He uses a heavy machine gun to fight off his enemies based from the trailer.

By the end of the trailer, it was revealed that MK11 Ultimate is koming, which contains the base game, Kombat Pack 1 + 2 and Aftermath expansion. Kombat Pack 2 will have the characters Mileena, Rain, and Rambo.

The studio also revealed that the Ultimate edition will be released on Xbox Series X and PlayStation 5. For those who already have the base game, they can upgrade to the next-gen versions when they get the consoles. The best part is that it will be free of charge.

Improvements that will come to the next-gen versions are visual enhancements, 4K dynamic resolution, significantly reduced load times, and cross-play and cross-gen. The upgrades are available starting Nov. 17.

Mortal Kombat 11 is already available on PS4, Xbox One, PC, and Nintendo Switch.