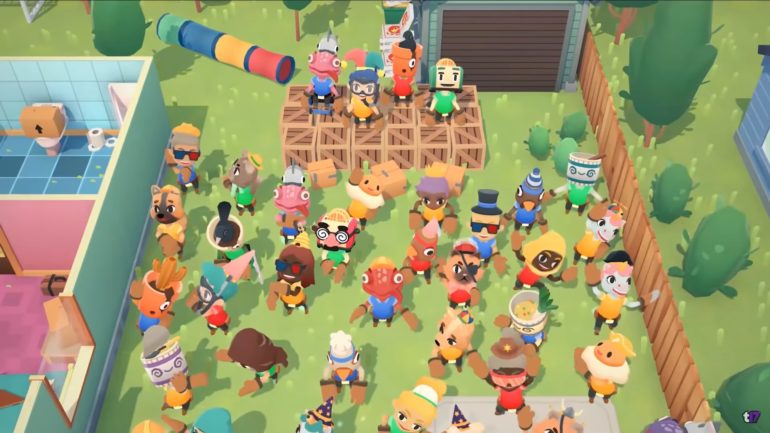 Moving Out is now available

The couch moving, couch co-operative video game was developed by SMG Studio and DevM Games. It will be available on Nintendo Switch, PlayStation 4, Xbox One, and PC today.

Players will be able to play solo or do it together with up to three friends. This is a fast-paced, local multiplayer, removals simulator that is set in the colorful town of Packmore. They will need to efficiently and creatively move furniture from one point to another. Careful not to break stuff along the way.

The game will have more than 50 levels that will comprise of planes, condos, factories, haunted houses, and many more. You will be a member of the Furniture Arrangement and Relocation Technicians or short for F.A.R.T.s. As a member, you are tasked with picking up everything that can be picked up. For those who want to try it out first, a playable demo is already available in all platforms.

Check out the key features here:

Moving Out has been a really fun title for the SMG Studio and DevM Games teams to develop. We’ve already seen the tremendous excitement and fun it’s brought people at consumer shows and through the demo, so it’s fantastic to be able to deliver the full game today. I can’t wait for people to experience the town of Packmore as they progress with their careers and become F.A.R.T. experts.

Team 17 head of publishing Max Everingham has this to say:

We’re so happy to deliver such a fantastic and fun game like Moving Out to PC and console gamers everywhere. Team17’s portfolio of fun and creative indie titles with a strong sense of spirit and character, continues to be strengthened with games like Moving Out, and we’re really pleased with the collaborative efforts achieved between the companies to deliver a fantastic title.

Moving Out digital version has already launched on all platforms for $24.99 only. The physical edition on PS4, Switch, and Xbox One will be available at selected retailers only.

Check out the anxiety-filled trailer here: