Play on the go with the Nintendo Switch version. 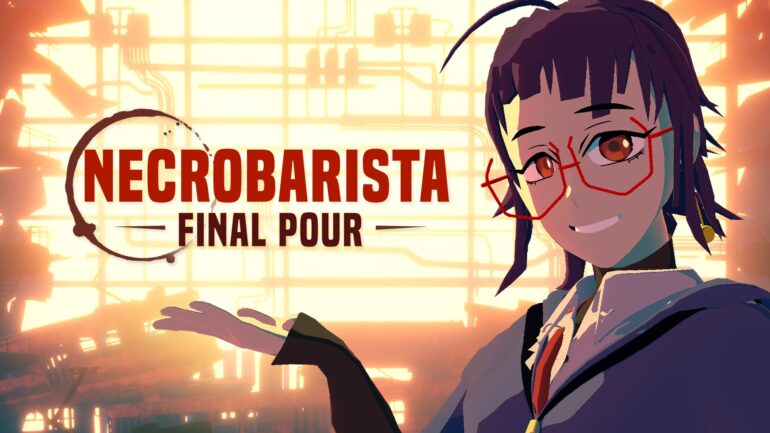 The Final Pour version was recently announced during the Nintendo Indie World Showcase, which is the enhanced version that contains new content. It will also come to PC as a free expansion later on.

Return to Melbourne’s favorite supernatural café and share a fresh cup of coffee with the living and dead. Now remastered with overhauled visuals and a cinematic aspect ratio, Necrobarista: Final Pour is overflowing with content, including four hours of never-before-seen gameplay, new modes, more original music, additional environments to explore, and bundled-in DLC.

Delve deeper into the tales of The Terminal’s necromantic new manager Maddy and her ghostly guests. Venture into unfamiliar spaces like the “Sky Station” and “Soul Storage” while enjoying original storylines. The experience also now includes Studio Mode, which caffeine enthusiasts can use to create and edit scenes using the Necrobarista Engine. Meanwhile, Ashling Doodle Mode allows new patrons to be drawn, customized, and inserted into the game.

Necrobarista: Final Pour also includes the “Walking to the Sky” and “Devil’s Den” downloadable content updates previously released via Steam and Apple Arcade. The original soundtrack from composers Kevin Penkin (Florence, Made in Abyss, Tower of God) and Jeremy Lim has also been expanded with new tracks to enhance this colorful anime-inspired narrative adventure.

“When we first envisioned Necrobarista, we never expected it to become a cult hit that would touch and inspire so many people,” said Kevin Chen, lead designer, Route 59 Games. “We look forward to welcoming even more fans into our community now that the game is out on Nintendo Switch and hope those that have been with us the whole time enjoy the Final Pour.”

Necrobarista is out now on Nintendo eShop for $21.99 with an additional 15 percent off as an introductory launch discount.