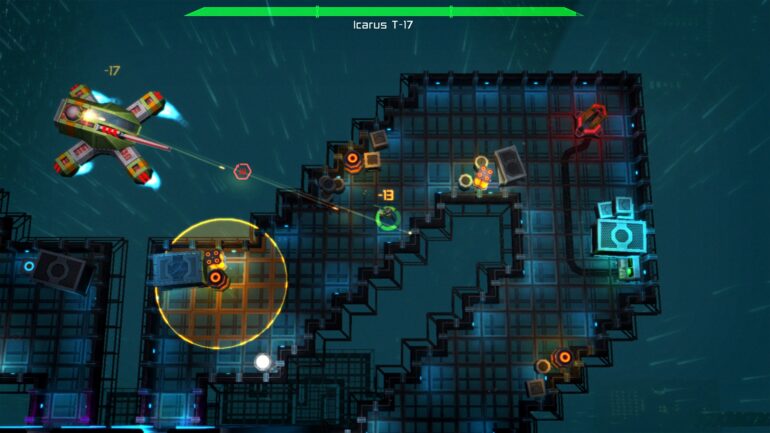 Games have been evolving on a MASSIVE scale. Such changes are tangible wherever you look. With this said, it’s quite refreshing to see old school games making its way into our current gaming industry. The complexity of these games submerges players into a whole new world of challenges. With various genres to choose from, their batch demands respect in every angle.

In comparison to some of our current top-of-the-line games however, the lack of the “3-Dimensional” touch can (and will) discourage most 2k gamers at some point who’re so used to immersive playing environments and getting the feeling of the 360-degree effect when playing. But that doesn’t mean it won’t deliver an action-packed experience that will keep them coming back for more. They have the potential to show us just how much fun it is to go back to basics. 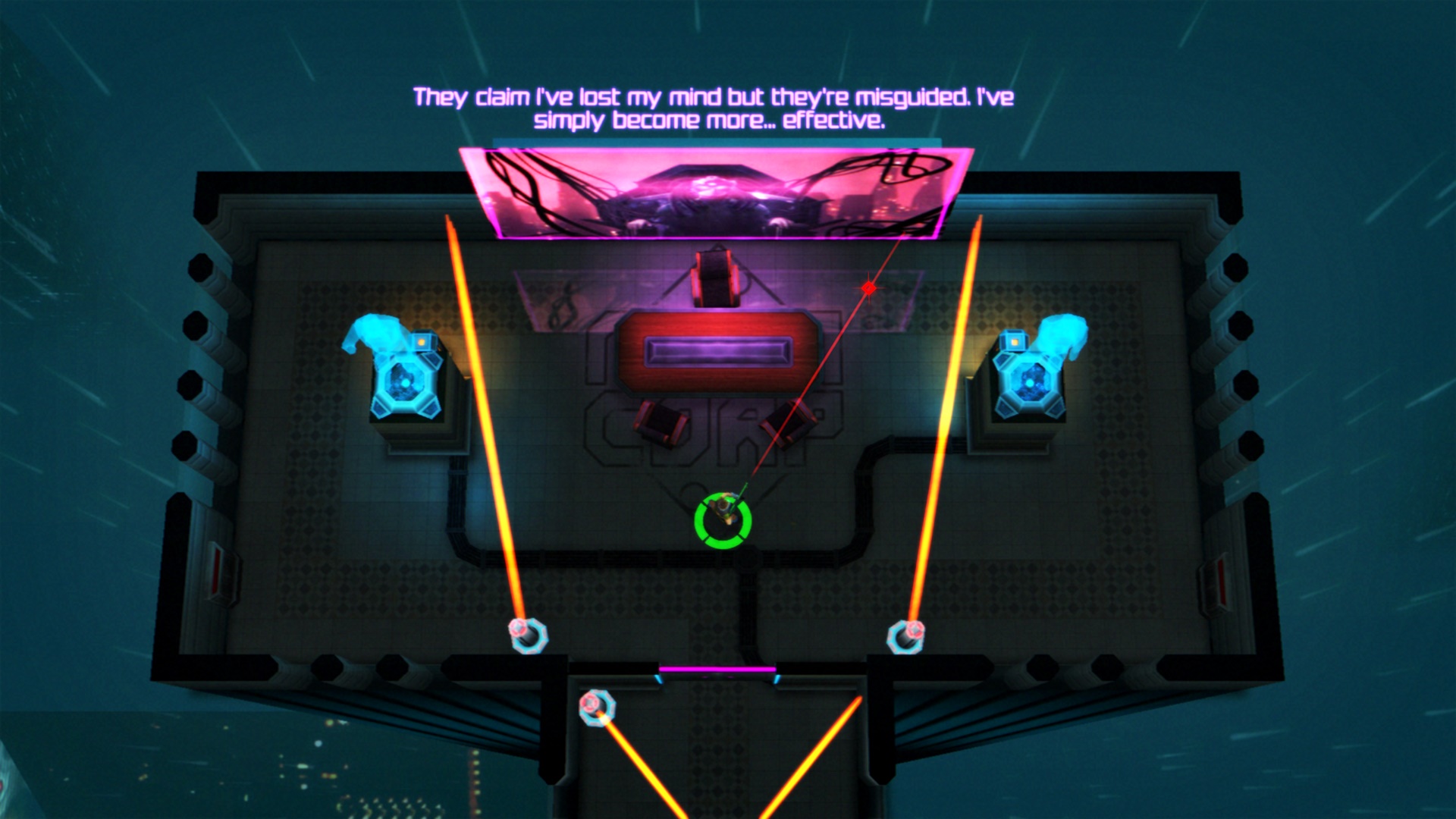 One of these so-called games is Neon Chrome. It is a top down, twin-stick shooter-based game that was released last May of this year that takes place in a cyberpunk-themed world. Utilizing rogue element-based game play, which dates back to the 1980’s as its genre, once you die (and dying you shall); you get to restart in an all-new setting. No two re-spawns are the same, thus making the player’s overall experience more challenging than your average shooting game. It’s diverse in its own right due to a do-or-die type of play that dares you to breach your limits and test your skill on how fast you can adapt to new environments, new enemies and new puzzles to wrack your brains out at every start (or restart) of the game.

The player’s main goal is to work through levels to reach the one they call the “Overseer” – a very powerful man elected by Neon Corp to take point in supervising everything that happens inside an arcology, a unit where hundreds of thousands of people take refuge and go on living their mundane lives in. Of course this won’t be a walk in the park for the player, considering the Overseer SEES and HEARS everything around him, with the help of an immersion device they call a CyberHance Totality platform, which allows the user to not just see the minutest details of the building, but BE the building itself altogether. With a large array of sensors implanted all around the vicinity, you can only imagine all that ‘the feels’ moments the Overseer gets every time something happens within the compound, (pun intended). Acknowledging this fact, he uses this as leverage to gain the upper hand in eliminating anyone and anything who threatens his very existence. This means you unfortunately. With a hoard of mechanized lackeys ranging from enhanced drones to overpowering androids, the term ‘danger at every turn’ in this game could sometimes prove as an understatement.

But no need to worry since the player can choose from three different linkable subs to take down the Overseer and his cronies – a frontal assault-based soldier, a psycho tech-nut or an enigmatic assassin. This gives the player a feel of variety that allows exploitation of each of these selected character’s strengths while facing its inevitable weaknesses. With each level you progress to, you’ll get a chance to enhance your asset’s skills and artillery set-up to survive and fight back. An assortment of weapons gives you the freedom to experiment – the good ‘ol trial-and-error approach – which gives gamers a chance at creating a synergy between character classes, abilities, weapon mastery and enhancement maneuverability. You can even test your mettle in battling the final boss (that happens at each of the 32 levels) which also wraps the latter up before moving on another tier in the game. If going on lone wolf mode doesn’t seem to cut it for the player, they can team-up with other lone wolves and create a party by using the multi-player function. As they say, the more heads rolling, the better. 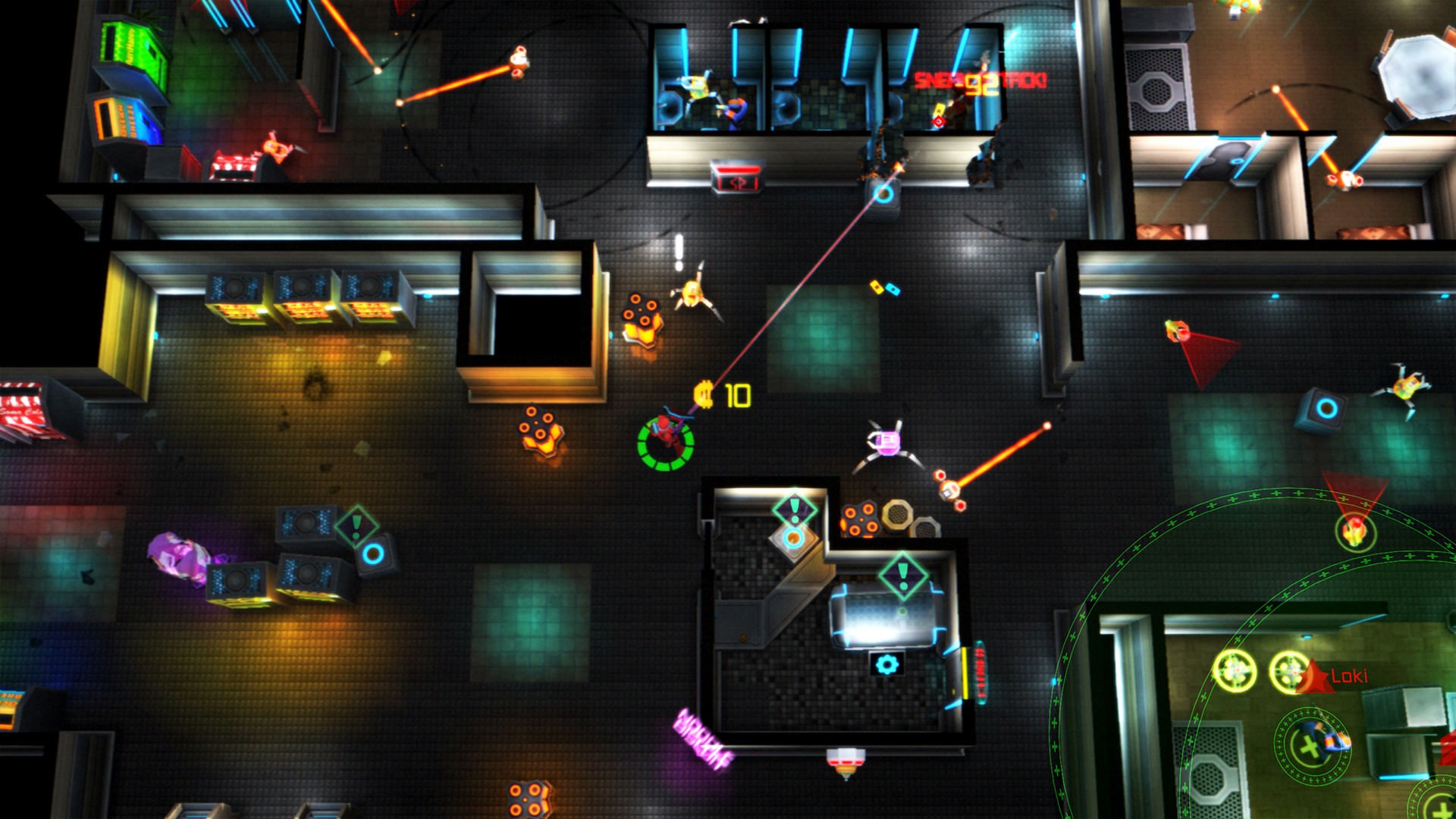 On the other hand, a game is never complete without its down-sides. Though this all boils down to each player’s opinions and objectiveness, it still is worth looking into before purchasing the game. Primarily I’m one for the PS4 platform but this game though had me grasping my controller tighter than usual. For starters, the aiming of this game is pretty messed up on PS4, since you’ll have to make use of the joystick to point your character to shoot at the direction where the enemy is coming at. Though I’m quite used to twin-stick action, however, how it’s being applied on this game made it more like a chore to do instead of it being enjoyable. It would usually make me shoot at everything except the target I was actually aiming at. Another takeaway is that because of how random the game’s progression is, (due to its rogue-element setup), sometimes it doesn’t really payoff no matter how long your grind is to get to where you are at presently. Sometimes a level could prove to be an easy run at other times you just get stuck without any chances of pushing on, which sometimes forces me to stop mid-game and pop a soda (too cool down and avoid throwing the controller at the TV). I then realized that sometimes it just comes down to sheer luck of the draw. Should you get the shorter end of the stick, you’re screwed, period. Next one on the list is its somewhat samey nature. Though it dates back to the game – Rogue Legacy as its ancestor, it still gives off the procedurally generated experience at some point during game play. This can be a turn off for some gamers who are all for the ‘plot-twists’ in a game which can also serve as a gate keeper to keep the player’s attention in-check.

All in all, it’s great and on-point without being too one-dimensional. That feeling this game gives to the players every time they discover something new, may it be cash from slain enemies or secret rooms to further progress through the game’s level, makes them want to stay immersed for hours on end. Though minor flaws are inevitable, at the end of it all Neon Chrome can and will still give you your money’s worth once you start playing. ‘Nuff said.