Neverwinter: Avernus Officially Launches on Xbox One and PS4 Today 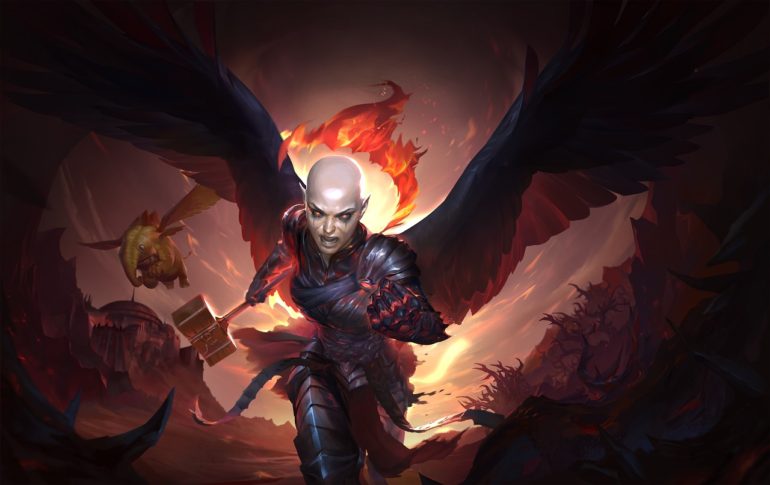 Game company Perfect World Entertainment and developer Cryptic Studios are excited to announce that Neverwinter: Avernus has finally arrived on Xbox One and PlayStation 4 today.

Avernus is the latest major update for the free-to-play action MMORPG video game, which is based from the acclaimed Dungeons & Dragons franchise. This is the 19th major content release for the game and it also concludes the events of the previous major update Infernal Descent. This will thrust the players deeper into the infernal depths of the wastelands of Avernus, which is the first layer of the Nine Hells.

Following the events of Infernal Descent, the previous major update for Neverwinter, Avernus sends players on a thrilling journey across the wastelands of Avernus, the first layer of the Nine Hells. In the remains of the Vallenhas stronghold, players meet Lulu, a curious hollyphant and Archdevil Zariel’s old companion. With a locked infernal puzzle box in the player’s possession, Lulu offers aid in opening it; the only problem is, Lulu has lost her memories. The only hope of restoring her memories is an odyssey through Avernus, where players team up with two unlikely companions: Makos and the opportunistic merchant, Mahadi.

Along the way, players explore the sprawling Adventure Zone of Avernus as they fight their way through hordes of demons and devils and challenge the powerful ruler of Avernus, Archdevil Zariel. This epic journey also lets players take part in the brand new Path of the Fallen campaign to earn new rewards, drive infernal war machines and experience how their actions directly impact and evolve the world of Avernus.

Neverwinter is a free-to-play action MMORPG that features fast-paced combat and epic dungeons. Players explore the vast city of Neverwinter and its surrounding countryside, learning the vivid history of the iconic city in the Forgotten Realms and battling its many enemies. Neverwinter is free to play digitally on PC, Xbox One (with Xbox Live Gold*) and PlayStation®4 (PlayStation®Plus not required). *On Xbox One, Xbox Live Gold membership (sold separately) required.