New Achievements Coming to the Epic Games Store Next Week! 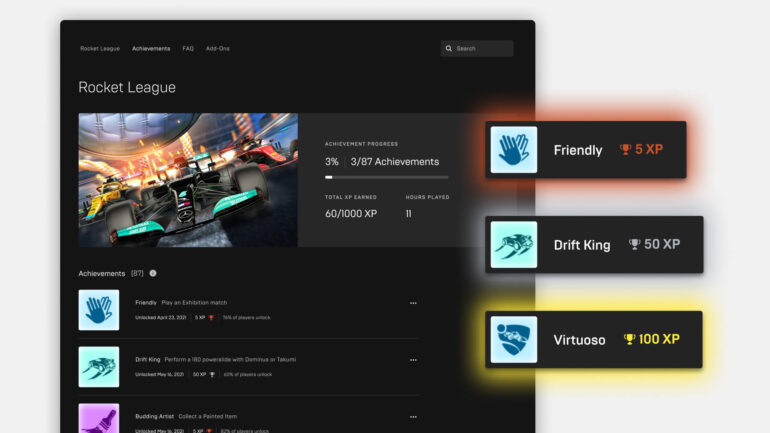 The Epic Games Store is getting itself a new system of achievements next week which will give players XP per tier of achievement.

Much like in the PlayStation ecosystem the tiers are categorized as Bronze, Silver, Gold, Platinum.

The amount of XP you get per tier is as follows:

There will be 6 games that will initially support the new set of Epic Achievements, Hades, the new Alan Wake Remastered, Kena, Pillars of Eternity, Zombie Army 4, and Rocket League. It will apparently be a slow process where more games will get to have the new achievement system implemented within the store ecosystem.

Epic stated that the new achievements will be different from the current achievement system. The old system will be rebranded as “developer achievements” but thankfully those won’t disappear and will be converted into the new system if a developer integrates into it.

Aside from bragging rights to one’s friends or acquaintances there really isn’t much of a point to this but it does feel satisfying that the store recognizes a feat you’ve accomplished in the game and it’s a nice step in the right direction for Epic Games Store to cater to the PC community in general.