A New Destroy All Humans Installment will likely to happen. 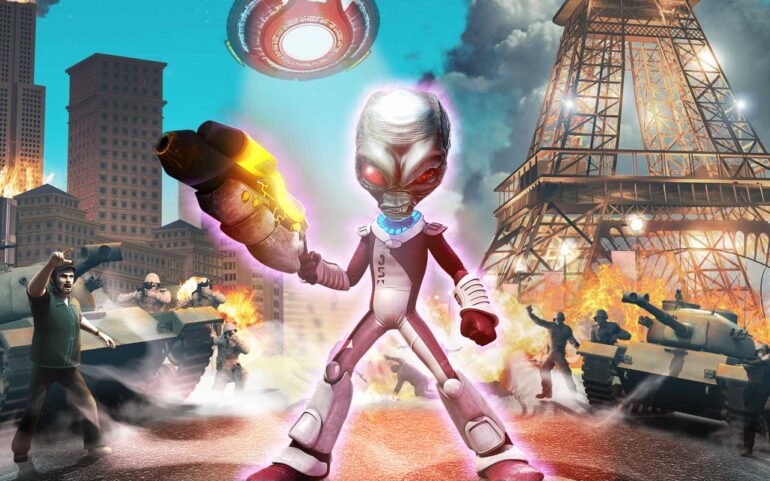 When the Austria based publisher, Nordic Games, acquired the THQ brand to become THQ Nordic, that also means they have bought the license of THQ’s games such as Darksiders and Destroy All Humans. Since the announcement of Darksiders 3, everyone was hyped about the sequel. But where does Pox and Crypto stand in this?

In a recent interview with GamesIndustry.biz, Reinhard Pollice, the director of business and product development, mentioned that there are so many IPs that THQ which they need to “pay respect” – especially the good ones which this does not leave out Destroy All Humans.

“The other big challenge here is we have so many IPs and we need to pay respect to all of the good and known ones. You might think that’s only three or four [properties], but in reality it’s more like 15 to 20. That’s a lot to take care of, and our approach to this is not just doing something with them but doing the right thing.

That takes time – that’s why we’re sometimes slow and not announcing, say, the next Destroy All Humans right away. We need to think about the place that IP has in today’s gaming world, what the right next step is and what the fans want. Once we feel comfortable with all that, then we go ahead and do it.”

Even if Reinhard just cited Destroy All Humans as an example, it is likely to get a new installment as the original Destroy All Humans was re-released last year. It’s been a while since we last saw Crypto and we think it’s the time for him to make a comeback in this console generation as this is one the franchise that made THQ great back in the years.

With Darksiders 3 happening, we will expect any Destroy All Humans announcement in the future.

Do you want another Destroy All Humans game?