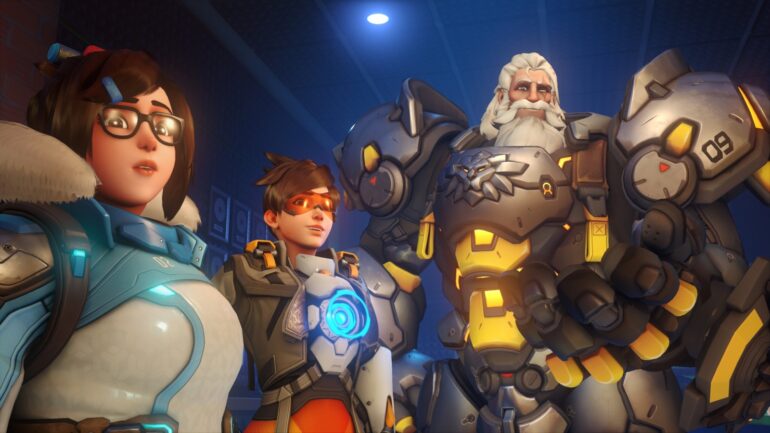 A new leak might have just revealed the next Overwatch 2 support hero.

There is a new screenshot of the description for the Overwatch 2 Watchpoint Pack that has circulated online. What makes this image interesting is one line that might have accidentally revealed the name of the next support hero for the sequel. This might have just confirmed the next hero, the elusive Kanezaka Fox Girl: Kiriko.

The image was recently posted on Reddit in the subreddit r/CompetitiveOverwatch and then later on Twitter. It featured the Watchpoint Pack and Battle Pass where one part of it says, “As a Season One Premium Battle Pass owner you will automatically receive access to Overwatch’s latest hero Kiriko.” This post has now been long removed from the Watchpoint Pack description.

The Almost Slip Up

There was an almost slip-up recently from a content creator summit with Blizzard. While on Livestream, John “Wanted” Lin was talking about Overwatch 2 and at some point, he let out a phrase where he says “I was thinking about Kiri…” but quickly cut himself off. He then awkwardly continued saying he was thinking about Kirito, a character from popular anime Sword Art Online, which is clearly a sloppy way to cover it up. Almost Wanted. Almost.

Is Kiriko going to be the next new support hero? We’ll just have to wait for the official announcement to confirm this.