Celebrating its launch with its first crossover. 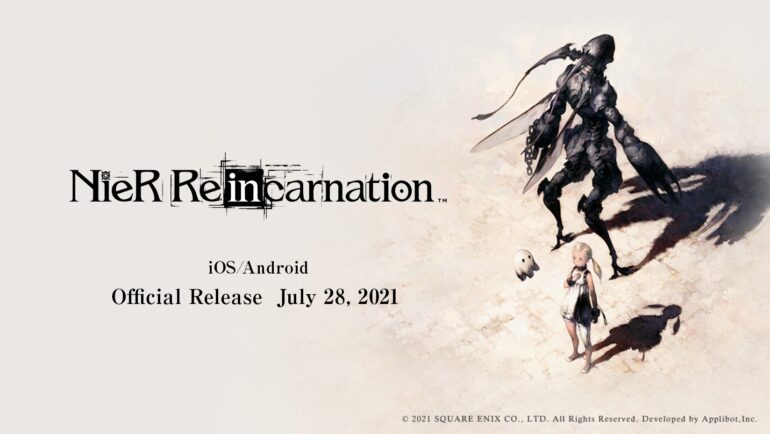 Players will be diving into a new NieR story in this recently released mobile game. An action command RPG that features turn based battles and the first mobile title of the NieR series.

Players can download the mobile game on the App Store or Google Play Store right now. They can play it in English and Korean.

When does the in-game crossover event start?

Now until 5:59 P.M. PT on September 7, players can enjoy an in-game crossover event, featuring an original story, with the smash-hit action RPG NieR:Automata.

What are the bonuses we get for the crossover event?

Additional crossover event details, all available in-game until 5:59 P.M. PT on September 7, include:

Having surpassed 700,000 pre-registrations, all players can claim enough gems to complete 15 Summons for free, in addition to various valuable materials needed to enhance characters, simply by downloading the game and logging in. Additionally, all players will also receive a maximum of 3,000 gems by logging in a total of three days, now until September 7.

Where can we buy/pre-order the rumored Mama plush?

The adorable Mama plush is available to pre-order from the SQUARE ENIX Store. Slated for release in August 2021, fans can enjoy playing through NieR Re[in]carnation with Mama by their side.

What is NieR Re[in]carnation?

NieR Re[in]carnation is an Action Command RPG that features turn based battles and is the first mobile title in the NieR series. Created by an all-star team, including creative director YOKO TARO, composer Keiichi Okabe from MONACA and producer Yosuke Saito, NieR Re[in]carnation tells the story of a girl who awakens in a mysterious place known as The Cage. Guided by a creature who calls herself Mama, the girl sets off on a journey through The Cage to reclaim what she has lost and to atone for her sins.