Night in the Woods – Review 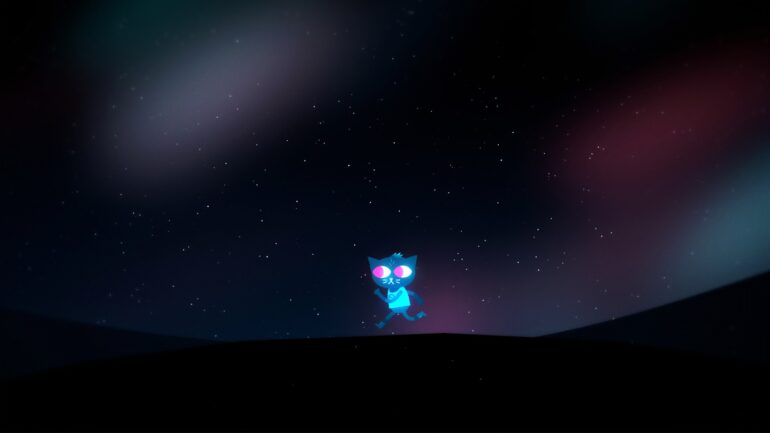 Night in the Woods is a colorful world of realistic journeying, supernatural understanding, and philosophical questioning. It’s unique, progressive, thought provoking, yet childlike in its town filled with adorable anthropomorphic animals. 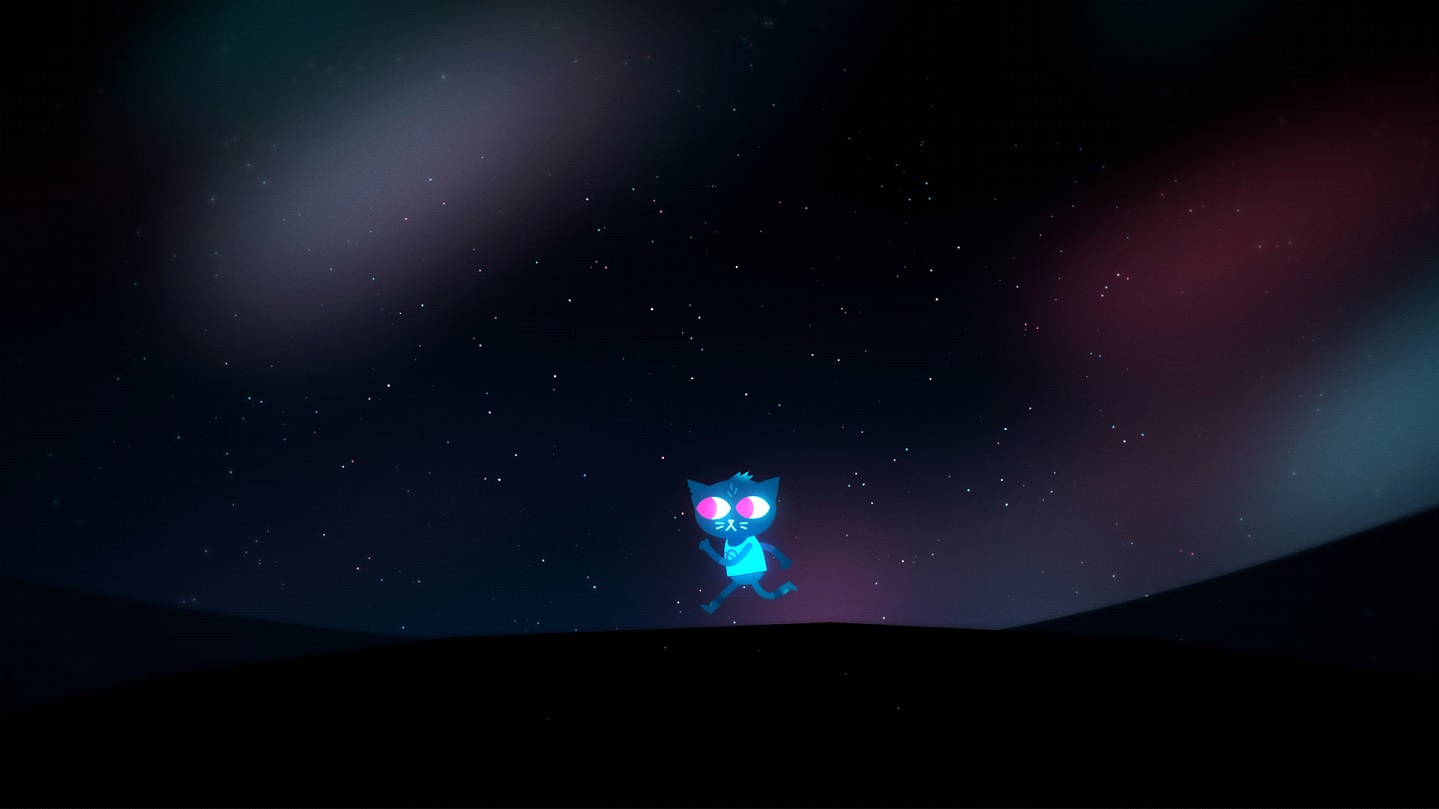 You are Mae, a 20-year-old cat, a college dropout who came home to Possum Springs for reasons you are meant to discover yourself. She can be self-absorbed, insensitive and impulsive, yet caring and thoughtful at the same time, all the while struggling with a form of dissociation. She can be hateful as a protagonist, but relatable. A risky personality for a protagonist, but a personality that works towards a better understanding of perception in a dying town shrouded with mystery. Though there are certain dialogue options, Mae’s personality is still her own and sometimes decisions come across black and white. The player is more of a spectator, but a spectator that develops personal attachment to the characters.

A jumping, platform game, it focuses on the narrative rather than gameplay however with slight, endearing mini-games such as being able to take part in pickpocketing, Guitar Hero-esque moments when playing with Mae’s band, or smashing up light bulbs by the dumpster with best friend Gregg (Gregg rulz ok).

Upon returning to Possum Springs, Mae hangs out with Gregg, the bff trouble making fox; his boyfriend Angus, a responsible and lovable bear, and childhood best friend Bea, a rather gothic crocodile. Everyday, you are given a choice who to hang out with by the end of the day, whose story you are keen to knowing more. All the while, being able to check around town and talking with its residences, thereby knowing them and their story too.

In the midst of the mundane, you and your friends discover a dismembered arm outside a diner after band practice and this begins your mental and emotional adventure to uncover the town’s mystery while in the midst of self-discovery. However slow its pace, the anticipation and the curiosity becomes a weight that’s both exciting and terrifying. As Mae, you question the existence of God, the universe, why events happen for a reason, why one may be capable or incapable of changing. It’s existential and theological, and it’s a journey worth exploring.

Conversation becomes a significant part of the game as you speak with characters whose beliefs differ from one another. Such as one with an atheistic point-of-view, and one that contrasts. You begin to understand why such belief exists, the background of a character in which the ideology gives birth. This amount of character development is one I have never come across. It has so much heart in a story that mixes slight paranormal. 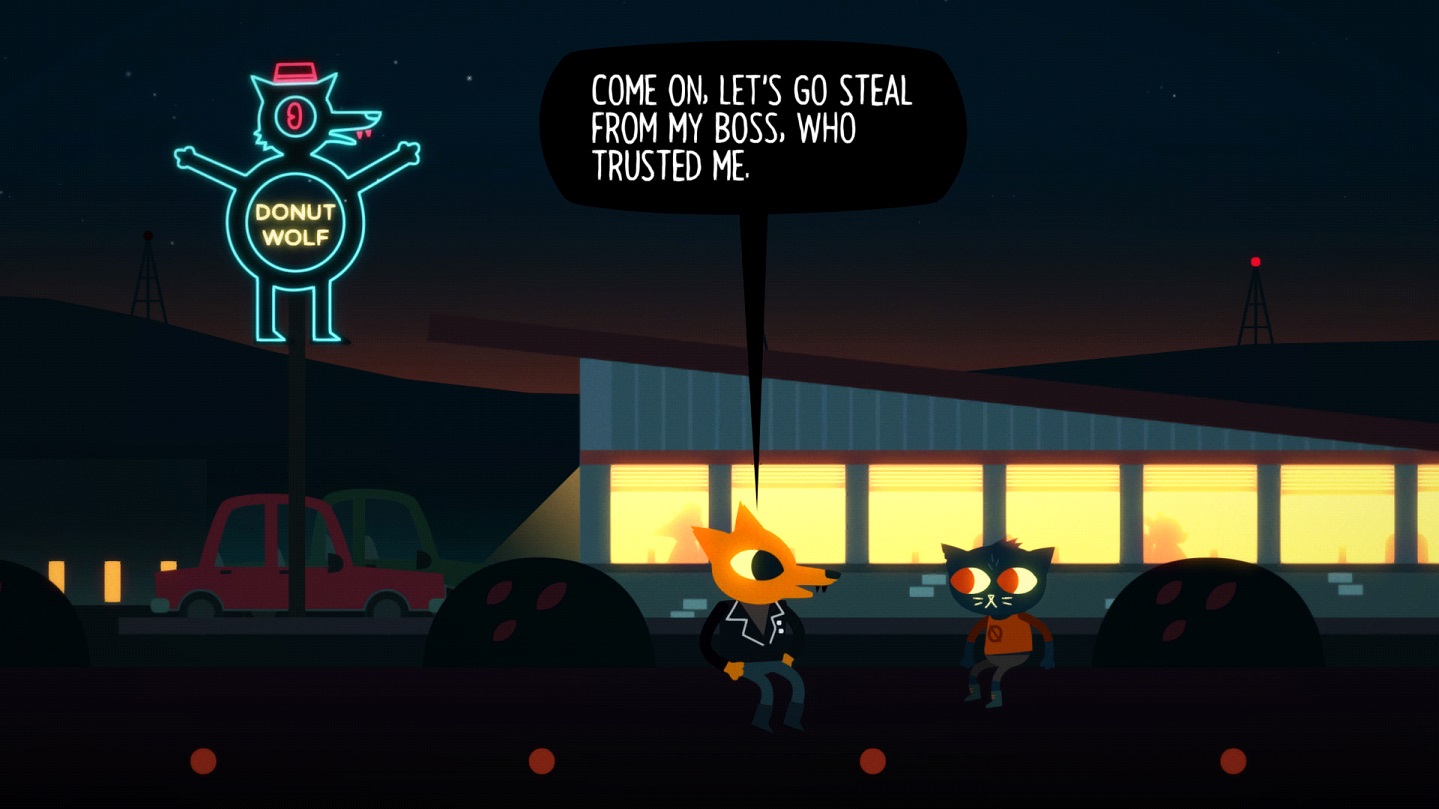 As the days go by, I found myself wanting to know more and more of the mystery surrounding the mysterious appearance of the arm. But at the same time, I cherished the normal days of band practice and simply hanging out at the mall with Bea, or committing petty crimes with Gregg. I found myself sympathizing and empathizing with secondary characters, like the poet next door, and the professor who shows me/Mae the stars and their lore. I found myself laughing at the clever, humorous banter between Mae and her mother, and Mae’s humor in general.

When the game ended, I unfortunately was not satisfied with its abruptness. I spent a total of 12 hours, according to Steam and although the characters were full of heart and its development is amazing, the overall story felt lacking and strange. It felt weird and random. But perhaps, this is what they were going for. They wanted players to cherish conversation, to analyze perception, and to appreciate the heart of every secondary and tertiary character. They made it open to interpretation, whether or not the events happened metaphorically or literally.

All I can confirm with absolution is that I loved it and it’s an experience I will take on again. I will read theories and I will understand the certain mental issues discussed. I will listen to the game’s soundtrack because the music is beautiful; it’s jazzy and relaxing. I will, also, most probably download wallpaper for my phone because I can guarantee, it has too much heart and soul to not be forgotten.