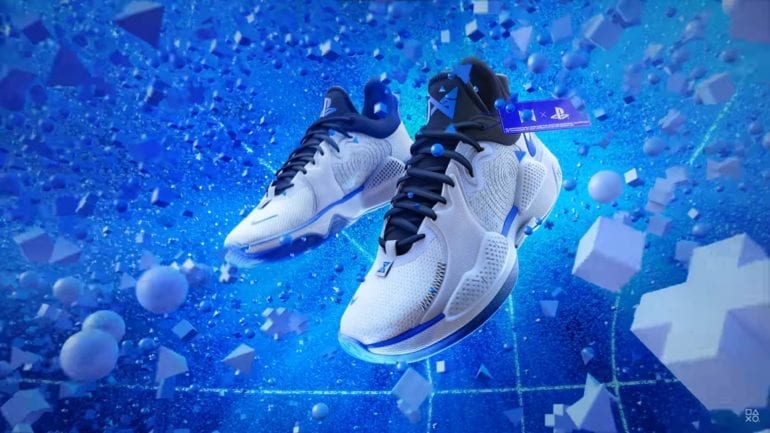 The announcement was made in a new video that showcases the upcoming new shoe collaboration. Paul George narrates the whole video with the theme of the PlayStation 5 in the background and some of his best plays. He also says the famous PS5 phrase “Play has no limits”.

The one featured here is the white version of the PG 5 PlayStation 5 Colorway. The blue version was not shown at all, but it should be available later on when it flies off the shelves.

The Nike PG 5 PlayStation 5 Colorway will be available in select regions starting May 14. Check out the official Nike website here when it comes out.