No Man’s Sky Endurance Out Now 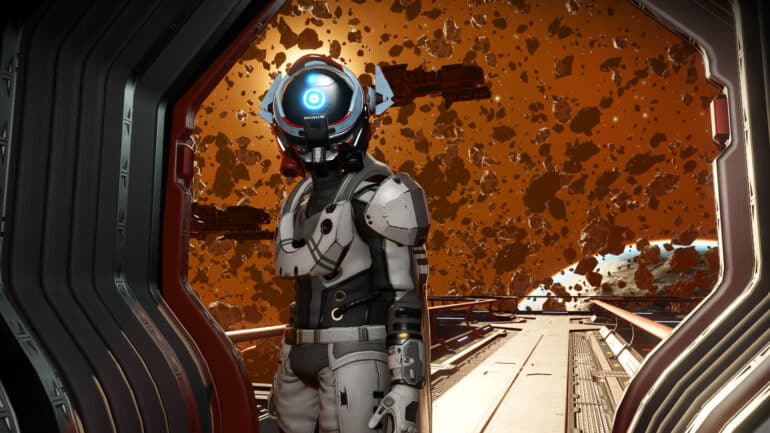 Hello Games has recently released No Man’s Sky Endurance for all platforms.

The new Endurance update, version 3.94, is the latest content for the popular space exploration video game. The highlight of this update is a deeper and more varied freighter base building. This includes exterior platforms and catwalks, enhanced nebulae and deep space storms, fleets of organic frigates, and more.

Freighter bases gets reinvented with this new update and introduces a lot of new parts and themed rooms. This allows players to quickly assemble a rather unique and varied homebase in space. There are pre-decorated rooms but they can be customized to your liking. There are also empty rooms to use and fully customize that.

The freighter bases that are already there are still available and the legacy parts are fully compatible with the new set.

Freighters will now have specialist crew members that will walk around the base. These guys include engineers, biologists, and technicians and give players advice as they patrol the base. Frigate captains and squadron pilots that were hired will visit the capital ship between deep-space excursions.

Players can now build expansive freighter farms with specialized cultivation chambers. They can plant and grow rows of crops then harvest all the nearby crops with just one interaction.

Players who have a knack of travelling far via a black hole will be in for a treat. It will be more cinematic to watch with new visual effects.

Players can now extend the Freighter bases beyond the hull with observation decks and catwalks. This will provide them with a direct view of deep space.

Base Building Quality of Life

Players can now manually place visual variants of base parts. This will now override the automatic contextual placement.

Base parts that are already there can now be directly replaced without deleting. This offers convenience in preserving their existing position and snapping.

Preview holograms can now be seen through walls while building on a freighter, giving convenience to the players. It makes it easier to see exactly where a part can be placed. Free bases now have free placement which disables snapping and collision checks.

Civilian freighters that can be encountered in space will have a variety of pre-fitted bases. These can be modified and expanded after purchase.

Organic frigates can now be encountered deep in space. Players can build their own fleet, but be prepared for anomalous results when they get deployed on fleet missions.

These organic frigates are procedurally generated and will come in a diverse variety of color, shape, and tentacle configurations. Feed them from the Fleet Management screen to evolve their traits and stats.

Players can now build external doors and windows in capital ships. This gives them views of space with its beautiful stars.

Players can now embark on an interstellar cruise in the Polestar expedition. Repair the freighter’s unique technology, uncover its mysterious past, and journey across the galaxy at its helm.

The nebulae in space are now improved visually with more dramatic effects.

The hangars in freighters have been redecorated now. It will include windows, new machinery, and alien crew.

Send the organic frigates out on expeditions to retrieve upgrades. Hatch psychonic eggs into sentient technology or graft parasites on the living vessel. It gives them addition storage capacity for some reason.

Players can now easily traverse in the freighter from hangar to bridge with the help of a short-range teleport network.

The Starship Scanner can now locate asteroids which are rich in fuel resources.