The Sentinels have upgraded! 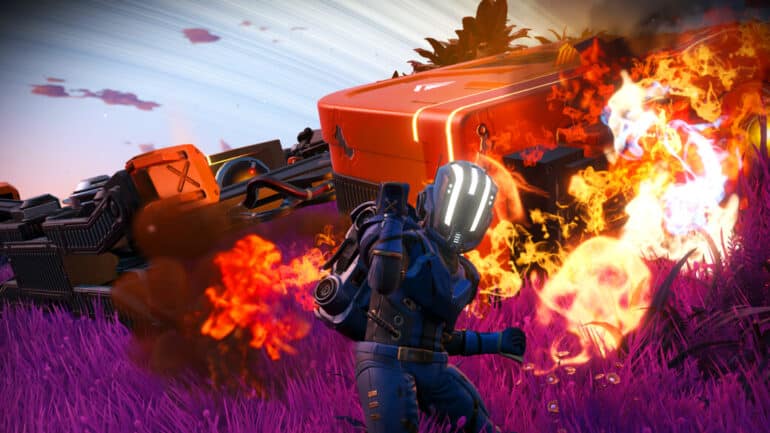 Hello Games Founder Sean Murray recently shared the good news on the game’s official website, talking about the contents of the Sentinel update. This is its first update of 2022 and now it is available for download on all available platforms.

The Sentinels are the ones that are guarding several planets from those who are scavenging resources, destroying wildlife, killing locals, and more. That is basically the Traveller, which is the player. If they push their luck way too hard, these Sentinels will quickly hunt down those trespassers and dispose of them. They come in drones, the tall walkers, or the agile quadruped.

This new update aptly named Sentinel has now made these guardians more dangerous. They have learned from their mistakes after they are now being underestimated by the trespassers who still their resources. They have developed a new and enhanced arsenal to bolster their defense. They have new weaponry, shields, new types of drone, and whole new class of Sentinel Exomech. Players will now have a tough time fighting against these robotic monsters and will think twice of stealing resources.

Aside from the new upgrades, sentinel Pillars have been seen in some planets as well. Players who are brave enough to invade these towers will be able to get some exclusive rewards.

The Travellers have also improved as well and not just the Sentinels. There is a whole chest of new weapons to discover, a personal automated AI attack mech, and a lot more.

The new update introduces the lore of the Sentinels, the Atlas, and the World of Glass. It reveals their beginnings, the reason for protecting some planets, and more. Completing a whole chain of story-driven missions will actually unlock a new friendly drone companion.