Waypoint has now arrived with the new Switch version! 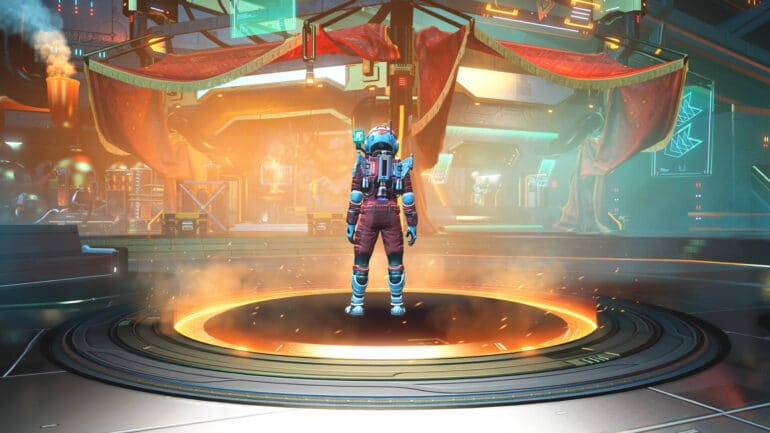 With the launch of the new No Man’s Sky update 4.0, it paves way for the Waypoint content and for the first time, launching on Nintendo Switch. The update overhauls fundamental elements of gameplay like game modes, inventory size and usability, milestones, journey cataloging, and more.

The new Custom Game Modes allow players to tailor every aspect of the game. Players could launch the game with the default preset or customize it by changing the economy, combat challenge, survival difficulty, and more.

There is a new continual auto-saving system that will let players fully immerse themselves in the journey without every needing to think about saving their progress. There is still manual saves feature, but this is a good way to keep playing without worrying.

The Trade Rocket allows players to load and launch it to space to automatically sell items on the Galactic Trade Network. They can summon it from anywhere on a planetary surface and launch it to a local Space Station to gain profit.

Inventory has been visually overhauled with new slot designs, backgrounds, icons, and more. The Item management has been streamlined with technology and cargo slots are now accessible from a single view.

The game is now available on Nintendo Switch which allows them to go into the handheld mode or dock the system to play in TV mode.

AMD FidelityFX Super Resolution 2 (FSR 2) provides high image quality and improved framerates on No Man’s Sky. All PC players can enjoy this increased performance from this new technology regardless of their graphics cards. And that includes integrated graphics.

Relaxed Game Mode provides an accessible, laid-back experience of the game. This is best for players who just want to enjoy all facets of gameplay with reduced danger and minimal grind.

Almost all difficulty settings can now be tweaked and adjusted at any time, making it very dynamic. Even players with existing saves can adjust their settings to take advantage of the new survival challenges or just enjoy a relaxed version and continue to change back and forth as they want to.

There will be some damaged Drop Pods on planetary surfaces and interacting with them will create a marker and guide mission to help the repair process. They can now go back to this location if they are going to gather materials first for the repairs.

USER INTERFACE AND QUALITY OF LIFE

No Man’s Sky is available on PC, PS4, PS5, Xbox One, Xbox Series X/S, and now on Nintendo Switch.