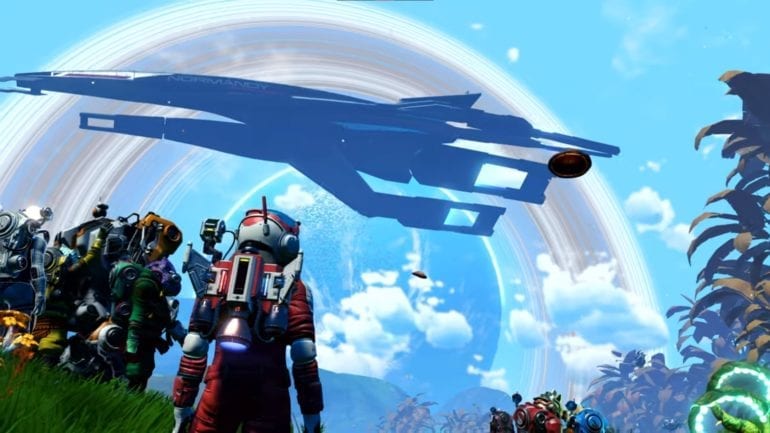 Players of popular space exploration video game No Man’s Sky will be in for a surprise when they will run it later.

Game studio Hello Games has recently revealed that they are collaborating with BioWare for a tie-in event for the game. The Mass Effect frigate, the SSV Normandy SR1 will be seen in space of No Man’s Sky as part of the second expedition.

This is a really cool way to collaborate between two awesome games about space exploration, going on adventures on different planets, meeting different alien species, and discovering the unknown.

On the video, the SSV Normandy SR1 is a Stealth Reconnaissance Frigate with decent stats and an S Class Deep Scout Prototype.

Maybe we will get to know what really happened to the crew after Mass Effect 3’s conclusion?