Octopath Traveler II The Merchant and The Scholar Trailer Released 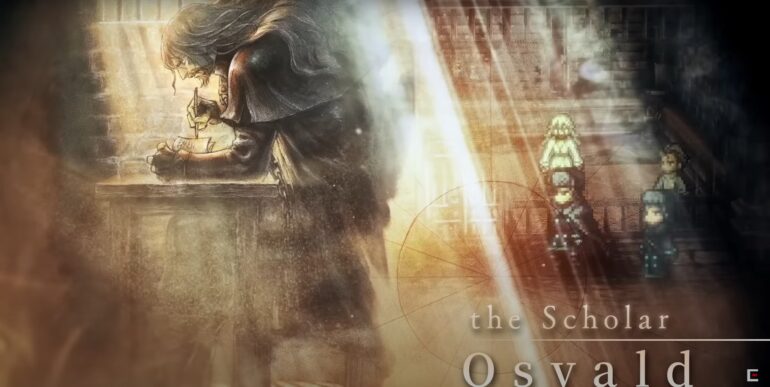 Square Enix has recently released the new Octopatch traveler II The Merchant and The Scholar trailer.

The new Octopath Traveler II trailer features two of the eight characters that will be traveling together for a certain goal. These guys are Osvald and Partitio. Osvald is a Scholar while Partitio is a Merchant and the two are similar to the characters in the original game which are Cyrus and Tressa respectfully.

Partitio’s section of the trailer shows how he could spend his money to help his journey. He can purchase the NPC’s belongings which could help him along the way. He can also hire people to assist him in various ways, especially in battle. Those he hired along the way can give him various benefits like discounts, extra items, and more.

Osvald is a man that was wrongfully accused of killing his family. Just like Cyrus before, he has the ability to analyze people out of battle, which is called Scrutinize. He can also mug townspeople for their belongings, which might offer some very helpful items. He can also analyze enemies in battle for their weaknesses, which is quite helpful in increasing his attack power.

The Octopath Traveler II video also shows the many new ways to travel in the game. The party can board canoes or ferries to travel oceans and other bodies of water and cross other continents. Gain a new vessel to reach new island to gain allies and enemies.

Each character has Latent powers that can be used to turn the tide of battle in their favor. Players are warned to use it wisely as it might become a weakness if not handled properly.