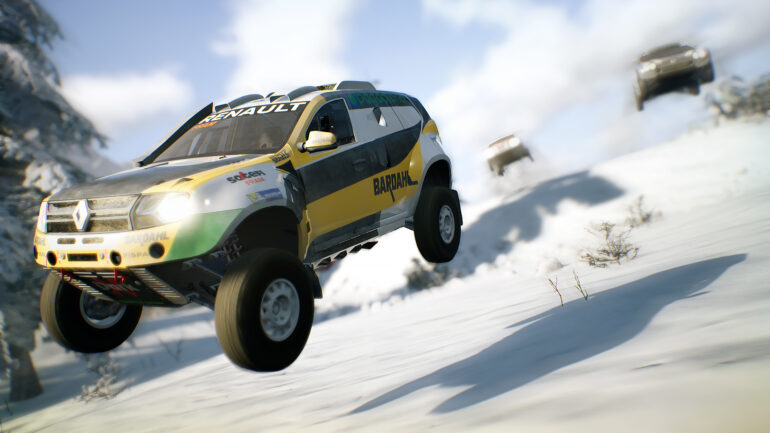 Milestone, one of the leading racing game developers in the world, is proud to announce that Gravel is now available on in stores and on digital for PS4, Xbox One, and PC.

Celebrating off-road racing by bringing back the pure arcade genre, Gravel promises to satisfy even the most demanding fans: the players will be taken to exotic locations around the world for competing in extreme challenges on more than 50 tracks, choosing among many vehicles, some of the most exciting and iconic ever created. There are four disciplines included in the new Milestone’s IP: Cross Country, Wild Rush, Speed Cross and Stadium Circuits, for an adrenaline-fueled combination of petrol and dirt with a fun and immediate gameplay. The game will revolve around the Gravel Channel, which presents the Offroad Masters format, an annual television program with 60 events that will accompany the players on their way to fame and glory.

The week of the launch will see also the release of an exclusive free-to-play demo available for all platforms. Located in Monte Bianco, the demo will feature two never seen before layouts of the Wild Rush discipline letting players choose among 4 unlocked vehicles to drive: the iconic Toyota Celica or Lancia Delta Integrale or more modern cars like Mini X-Raid All4 Racing and Mitsubishi ASX.